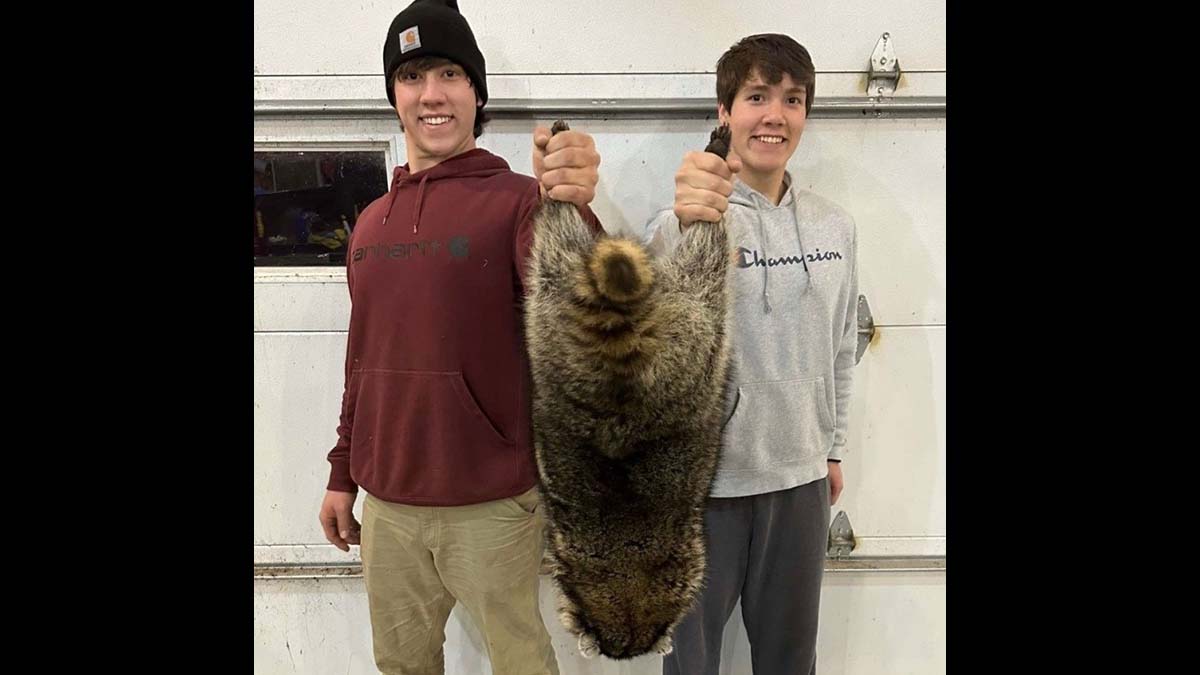 Two young hunters may soon be record-holders in the Show-Me State. According to a Facebook post by the Missouri Department of Conservation (MDC), brothers Couper and Hunter Simmons bagged a 35-pound raccoon while hunting in Worth County, which is in northern Missouri along the border of Iowa. The raccoon is likely the largest one ever captured in Missouri.

“[The brothers] contacted Conservation Agent Brandon Lyddon, who weighed the raccoon at a certified scale,” wrote the MDC. “New records are determined at the end of the hunting and trapping seasons, which end at the end of February.”

The Simmons brothers’ raccoon is more than 6 pounds heavier than the current state record, a 28-pound, 8-ounce raccoon taken by Dennis Nelson in Gentry County in 2015. The MDC’s furbearer record-keeping system does not differentiate between hunted and trapped critters. Missouri holds a generous two-part season for raccoons each year. The season’s first split ran from August 1 to October 15, 2022. The current split runs from November 15, 2022, to February 28, 2023.

According to the MDC, “raccoons are medium-sized, stocky mammals with a prominent black mask over the eyes and a heavily furred, ringed tail about half the length of head and body, a pointed muzzle and short, pointed ears…Males and females look alike, although males are heavier.” According to Live Science, raccoons are typically about as big as small dogs and weigh between 4 and 23 pounds. They are omnivores and are known to be “opportunistic feeders,” making meals out of anything from natural vegetation to roadkill and human garbage.

Read Next: “Like a Little Bear!” Man Kills Giant Possum Trying to Raid His Chicken Coop

To our knowledge, there are no record-keeping organizations that keep track of the largest raccoons taken by hunters and trappers across the country. According to the Spokesman-Review, the biggest raccoon of all time was a monstrosity named Bandit that weighed over 70 pounds. That raccoon was a woman’s pet and reportedly loved to gorge on Froot Loops, Pringles, and Oreos. It died in 2004.