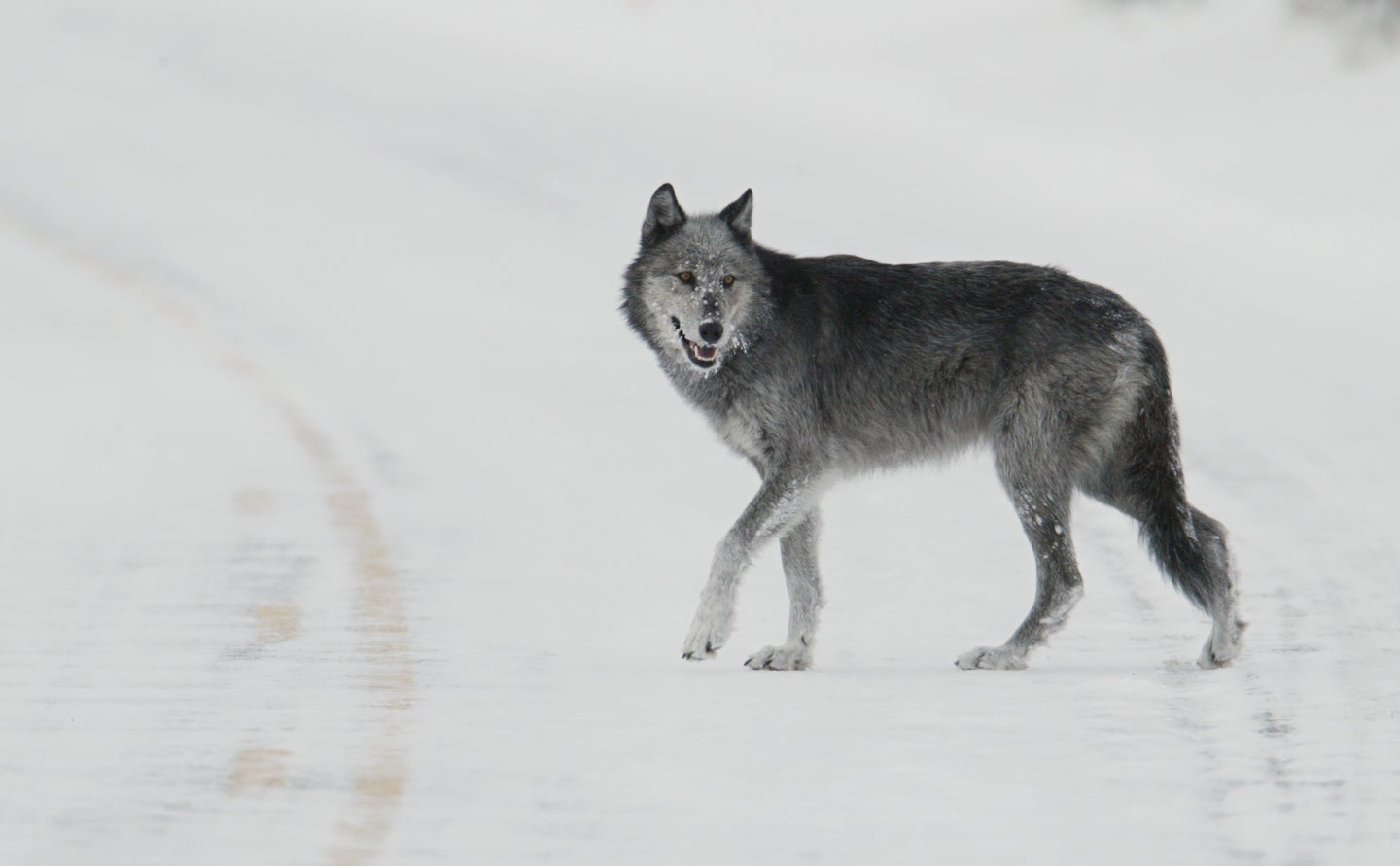 The 2021-22 wolf hunting season in southwest Montana will soon come to an end. In August, the Montana Fish and Wildlife Commission set the state’s wolf hunting and trapping regulations, which included a provision that they meet and reconsider the season once 450 wolves are killed statewide or 82 wolves are killed in Region 3. As of Friday, January 28, hunters and trappers had tagged 76 wolves in Region 3, and it became clear to officials that the quota there would be reached. So, the Montana Fish and Wildlife Commission met to reconsider the season and voted unanimously to end it in Region 3 once 82 wolves are taken, likely in the coming days.

The wolves taken so far in Region 3, which abuts Yellowstone National Park’s northern border, include 23 that had roamed outside of the park’s boundaries. Yellowstone officials had been pushing Montana officials to end the hunting season along its border since mid-December—but the state refused since once wolves leave the park, they enter state jurisdiction. In early January, NPS officials reported that hunters had killed a record-high number of gray wolves from the park since the species was reintroduced more than 25 years ago. NPS officials worried that the high wolf take could threaten the long-term viability of the park’s wolf packs. Yellowstone NPS spokesperson Morgan Warthin says that there are currently an estimated 91 wolves remaining in the park.

Statewide, hunters and trappers have taken 184 wolves, which is on par with recent years, according to the Helena Independent Record. State officials are not currently planning to curtail the statewide hunting season. Montana Fish and Game officials estimate that there are more than 1,000 wolves currently occupying the state.

Read Next: Grizzly Bear Runs with Wolves in Yellowstone, Then Steals Their Elk Kill

The closure of the wolf hunt in Region 3 follows the passage of a controversial bill by the Montana state legislature in August that approved baiting and night hunting for wolves, which opponents called some of the most unorthodox and aggressive rules in the country. Some local hunters cheered the legislation, believing the state’s high wolf population has been decimating elk populations. Local ranching groups also supported it, hoping it would limit livestock depredations. However, in response to “increased human-caused mortality in Idaho and Montana,” the Interior Department kicked off a year-long review of wolf management policy in the continental U.S. in September to determine whether or not to return the species to the Endangered Species List. So, while the wolf hunt in Montana’s Region 3 will soon come to an end, the controversy surrounding how to best manage the apex predators certainly will not.