When the author unwrapped a surprise gift one Christmas morning, he soon realized it came with a secret challenge from his beloved uncle 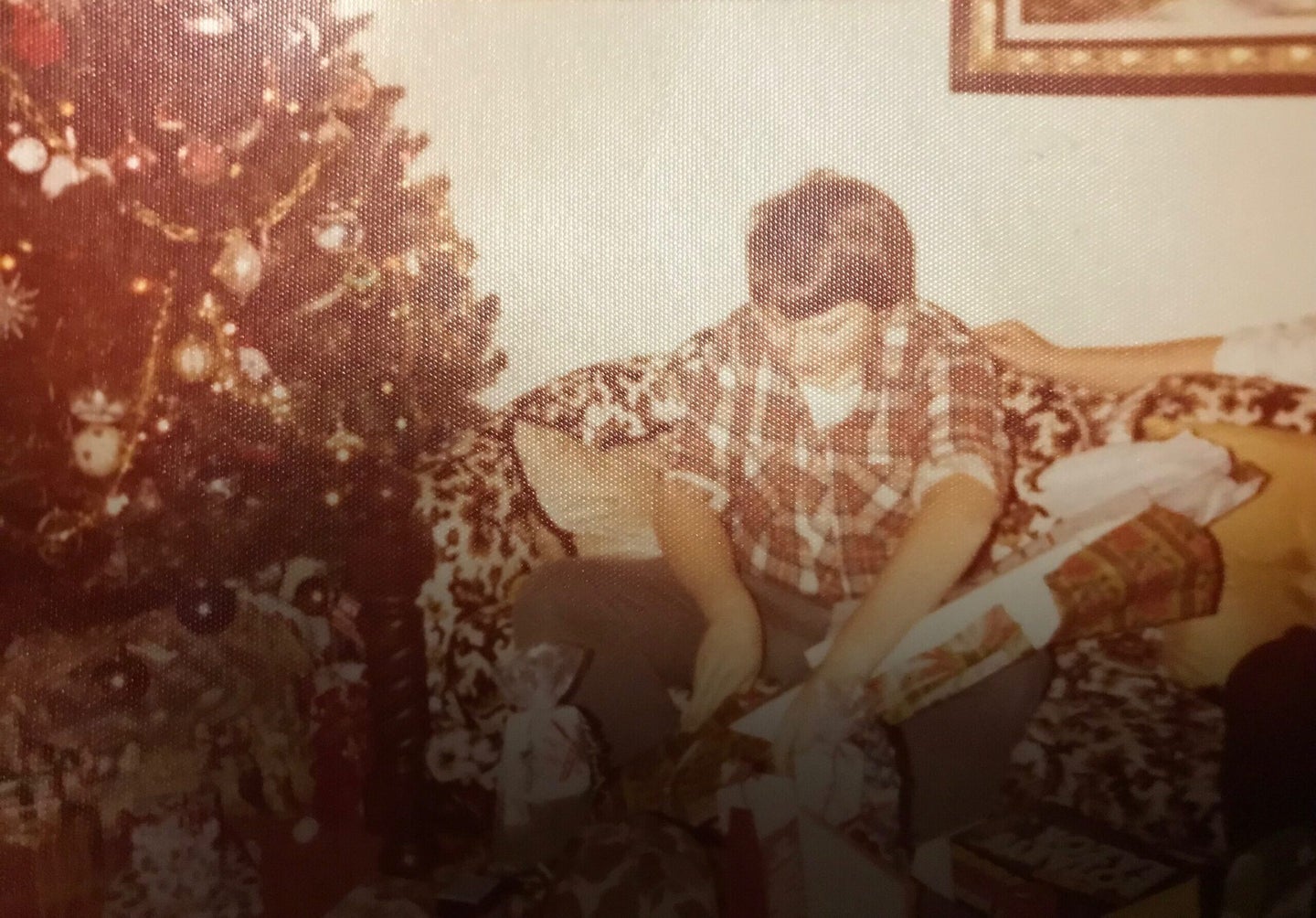 A vintage snapshot of the author unwrapping his bow on Christmas morning. Gerry Bethge
SHARE

Adolph sat dead in his living room lounger in the summer of 1974. He was the first dead body that I had ever seen in my life. I was toast. He wasn’t my blood grandfather, which is why, I guess, he always insisted that I refer to him as “Onkel” instead of “Opa” when my Oma Helen married him but I was pretty much fine with addressing him as such.

In every regard he was my first hunting mentor, though—not that we ever referred to guys who told deer-hunting stories back then in such a sanctimonious way. Hell, he never regaled me with tales of big deer—didn’t have any of those in southern New England back then—but by telling me about his own deer hunts in vivid detail.

“When do you think is the best time to hunt deer?” I once asked.

“Well, it’s in a blizzard,” Onkel Adolph responded, as if I should have known that fact. “They can’t see you, they can’t smell you, and you can sneak right up on them because they can’t hear you either. One day on top of the hill right behind the house, I walked up on eight of them just laying under some hemlocks in the snow. I shot a buck from the group.”

That little tip remains one of the best pieces of deer-hunting advice that I’ve ever gotten, and I still follow to this day.

“Did I ever tell you about when I shot two bucks with one shot?” he said another time. “They were standing right behind each other. I really didn’t want to, but it happened.”

Although he’d never let me shoot his guns—it seemed as if he had dozens—he took painstaking effort to teach me about them all in the finite detail that an aircraft engineer naturally would have. “What do you think wouId make a good deer gun?” I asked. “I think I really want to get a bow and arrow, instead.”

Perhaps he was right. No one that I knew bowhunted back then—and it certainly did seem to be a lofty goal. Time to rethink?

In summer, when I heard a shot from his house, I’d grab my bike and race down the road to his house to see what he’d taken. Mostly it was woodchucks that were invading the raspberry patch or garden. My lord, he was continuously at war with those woodchucks, but we’d eat every one that he shot. Things were odd with his last woodchuck hunt, though.

I zoomed to his house to find him sitting on the bench out front clutching his chest. Onkel Adolph had heart issues for years, but this seemed different. “I saw him run,” he said. “I hit the hole with vinegar.” (He always smashed a giant bottle of leftover apple cider vinegar directly into the chuck’s hole to evict it from its lair.) “He came out, but I missed. Scheissdreck!” In hindsight, I guess, it was my first view of a true Hunter’s Heart.

Just two weeks later, my Oma found him in his living room lounger. The garden was picked clean by mid-August with no vegetables to put up in jars in the basement for winter.

That December was the first time Dad took me deer hunting. Though, it wasn’t so much a hunt as it was a wintry walk in the woods with guns. He doled out Onkel Adolph’s shotguns to my brother, Ken, and I, and we went looking for non-existent tracks. Even in retrospect, there’s no way to create drama from a terrible day in the deer woods, nor the sadness of the holiday season without a loved one.

Oma joined us that year for the first time in 10 years, and we were joyous that she did. Somehow, inexplicably, the youngest—me—got to open his gift first. My tearing and pulling and yanking on a long box revealed, perhaps, the greatest Christmas gift that I’d ever seen: a Fred Bear 55-pound Grizzly Recurve bow and a dozen Easton XX75 aluminum arrows tipped off with Herter’s broadheads.

“Hey Ger,” Dad whispered to me. “This isn’t from your mom nor I. Onkel Adolph wanted you to prove him wrong.”