What’s All That Shooting About on the Opening Day of Deer Season?

A hundred shots in one morning! Twelve pops in a row from the same spot! Can all of those shots really be at deer? Well, probably not 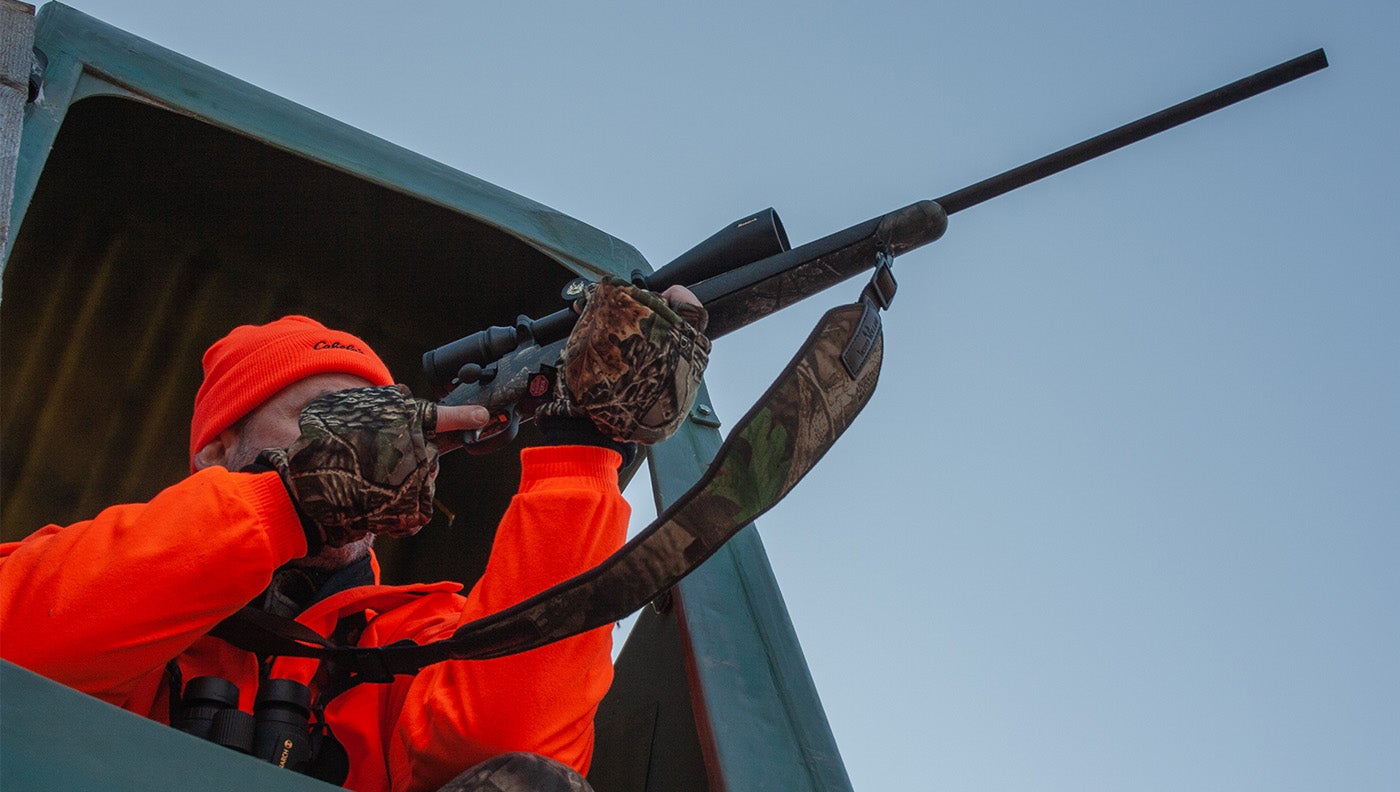 In some places, opening day of deer season sounds like a busy day at the range. It commences a dawn and intensifies to a roaring crescendo around mid-morning. All the while this is going on, you’re sitting on stand wondering what in the hell everyone is shooting at, because you haven’t seen a deer, a squirrel, or even a woodpecker. Could all those shots really be hunters taking big bucks? Is it even possible there are that many deer in the county you’re hunting in? The answer to both questions is no.

A long time ago, my group was sitting around the campfire at deer camp one night after opening day. A hunter from the only other camp in the entire valley stopped by—probably to see what all that shooting was about—and informed us their group of a dozen hunters had taken four deer. Our group of six hunters had taken one deer and missed two. But in our valley, where our two groups are the only hunters with permission, we agreed that we’d heard about 100 shots fired by noon.

All That Shooting Doesn’t Seem to Add Up

If you do the math, that’s more than five shots per hunter, or about 20 shots per deer taken. But our group took only seven shots for one deer. One of our hunters missed a spike three times and another missed a racked buck once. The one hunter in our group who did take a deer shot three times. He hit it on the first shot, missed the second, and then administered a coup de grâce. The neighboring group had even fewer shots per deer. All told, between the two crews, we could account for fewer than 30 shots total.

So, let’s imagine there were some hunters trespassing on our hunting grounds and that they did some shooting too. We could also assume that some of the shots were outside our hunting area; sometimes shots sound like they come from somewhere they didn’t. Also, several shots were probably unrelated to deer hunting at all; in farm country random gunfire is not uncommon. But even if you add that in, it still leaves about half a hundred shots there’s no explanation for. If all the hunters in this unscientific study were honest, that means there were some strange happenings going on. Aliens? Terrorists? Hardly.

When I was in law enforcement, I conducted several post shooting investigations where lots of rounds had been fired. In most instances we were able to account for 95 percent or more of them. Anything less than that and the investigation was considered a failure. So, what in the hell is all that shooting you hear on opening day about?

Since then, I’ve conducted other unscientific surveys with similar results. I’ve also learned plenty about hunters in my four-plus decades of chasing critters. For starters, not all hunters admit to their misses. In fact for many, if there were no witnesses, there were no misses. Also, hunters (like all people) do weird things, especially on opening day. Some have not fired their rifle since they missed a deer last year. By 9 o’clock they cannot resist shooting that knot on a log to see if their rifle is still zeroed. This is also a common occurrence after a miss, and another one that will not be admitted to.

Then there’s the guy that missed the coyote that ran by, and there were probably a couple shots at feral hogs, raccoons, and who knows what else? Then there’s the fellow who got bored and cold, went back to the truck, and had a little shooting practice after the coffee warmed him up. How else can you explain a string of six or seven shots from the same location, spaced about four to five seconds apart? We’ve all heard that, right?

Now, to be clear, I’m not suggesting anything nefarious here—nothing illegal or unsafe. And no one could confuse me for someone who doesn’t like to shoot. That said, I suspect that for every 100 shots you hear on opening day, there’s probably only about a handful of deer that hit the ground. By mid-season, things calm down, hunters get more serious, as well as more successful. But if you’ve hunted whitetails on the gun opener in any fairly populous state, you thought, “What’s all that shooting about?” And the answer is that it is mostly all about nothing. Half of the shots you hear on opening day have nothing to do with deer at all. The rest? Well, a couple deer will make it to the meat pole, and there will be a lot of hunters who won’t be telling the truth around the campfire that night. But then, what would deer camp be without any tall tales?