The dog sniffed out a spent shotgun shell, the wad, and a pile of turkey feathers on private property 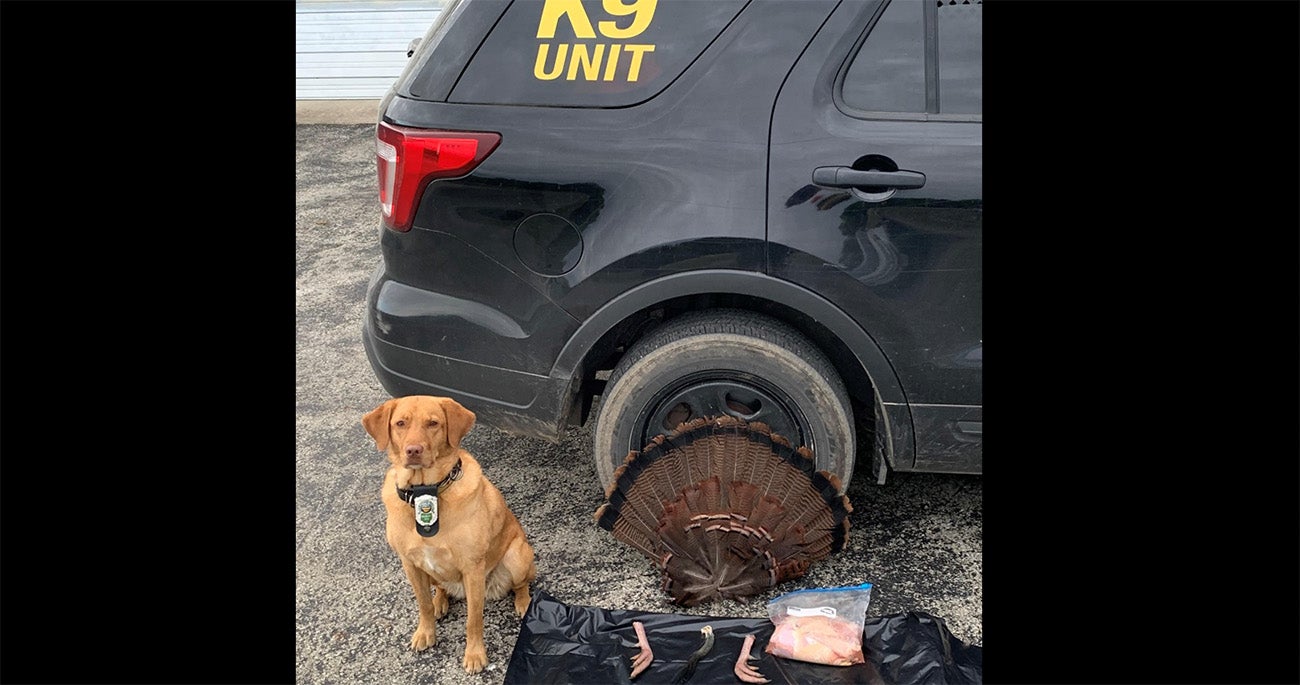 The Ohio Division of Wildlife’s recently established K-9 program notched its latest success last spring when K-9 officer Scout, a yellow Lab, helped catch a turkey poacher in the Greater Cincinnati area during the 2021 wild turkey season. State wildlife officers Gus Kiebel and Jason Keller, along with Keller’s K-9 partner, Scout, responded to a landowner’s complaint about a trespasser killing a wild turkey on their property.

Scout was able to find a spent shotgun shell, the wad, and a pile of turkey feathers, establishing that the bird had been shot on the landowner’s property. The officers searched the area and found an individual cutting up a turkey. Under questioning, the suspect admitted that he had been hunting nearby and crossed onto the landowner’s property to shoot a turkey in a field after he heard birds gobbling there.

The officers seized the turkey parts and issued a pair of summonses to the hunter, who pleaded guilty to both charges and paid $450 in fines plus court costs.

The successful investigation highlights the value of K-9 officers in wildlife law enforcement. In 2018, the Ohio Division of Wildlife became one of about twenty state wildlife agencies to make use K-9 officers.

The dogs are trained to detect the scents of gunpowder, waterfowl, deer, turkeys, and fish to help investigate possible hunting and fishing violations. They are also trained to sniff out wild ginseng root. Sought after for its medicinal value, ginseng sells for $300-$900 per dried pound and is frequently dug out of season by poachers.

K-9 officers can also aid in the investigation of hunting accidents. Prior to beginning its own K-9 program, the Ohio DOW used dogs from other agencies to investigate two shooting incidents that took place during the state’s deer season. In both cases the dogs were able to find cartridge components on the scene, compiling valuable evidence for investigators.