The Keystone State's deer harvest continues to rise. Increased hunter participation due to COVID-19 is seen as a contributing factor 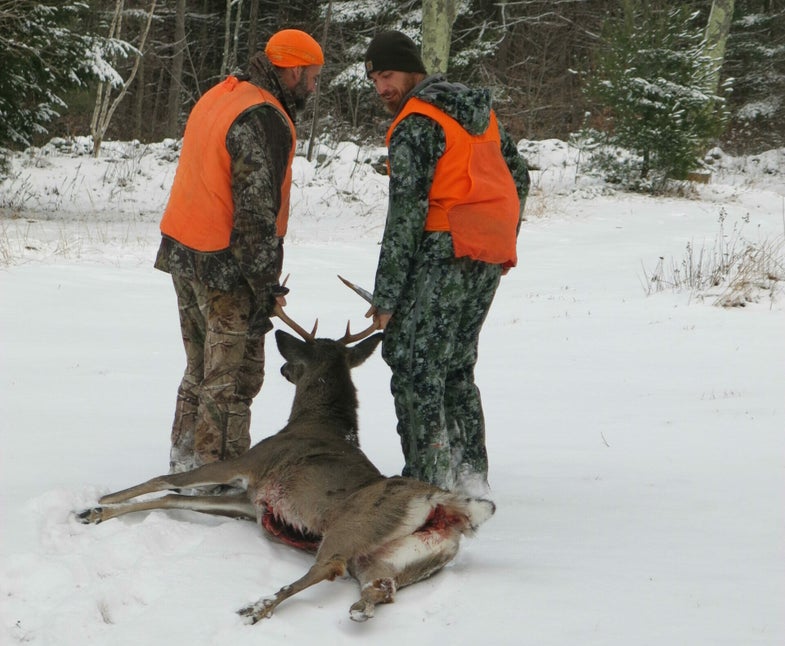 Good news in Pennsylvania: The Game Commission’s recently released 2020-2021 harvest report shows hunters in the Keystone State took nearly a half million whitetails last fall. In a press release distributed by the commission, hunters tagged 435,180 whitetail deer during the last season, an 11.7-percent increase over the previous year’s 389,431 animals. Last year wasn’t the first time Pennsylvania hunters took more than 400,000 deer in a season. In fact, The Progress reported that it’s happened 10 times since 1993. There were two years that recorded over half-million harvested deer. In 2000, deer harvests surpassed 500,000, while the annual record was set in 2002 with 517,529 animals. The statewide buck harvest—174,780—set a new record for buck harvest in the antler restrictions era.

The number of bucks taken by hunters increased by 7 percent over last year (174,780 bucks in 2020-2021 vs. 163,240 in 2019-2020). The animals were more mature, with 64 percent of the bucks being at least 2.5 years old. According to the Game Commission’s Executive Director Bryan Burhans, “The Commonwealth’s antler restrictions have succeeded in providing more older bucks for Pennsylvania’s deer hunters. In place since 2002, they have transformed the smaller bucks that once dominated our deer harvests into a buck population that is the envy of deer hunters everywhere.”

David Stainbrook, the Game Commission’s Deer and Elk Section Supervisor, told Fox News “About a quarter of the state’s deer hunters took a buck in the 2020-21 deer seasons. It’s a trend that hunters have maintained over the past three license years. The fact that we can maintain such high success rates on bucks year after year demonstrates the sustainability of the deer population in Pennsylvania.”

COVID-19 is considered as one reason for last year’s significant harvest, as more hunters spent time outdoors, with bowhunters accounting for about a third of the total harvest.