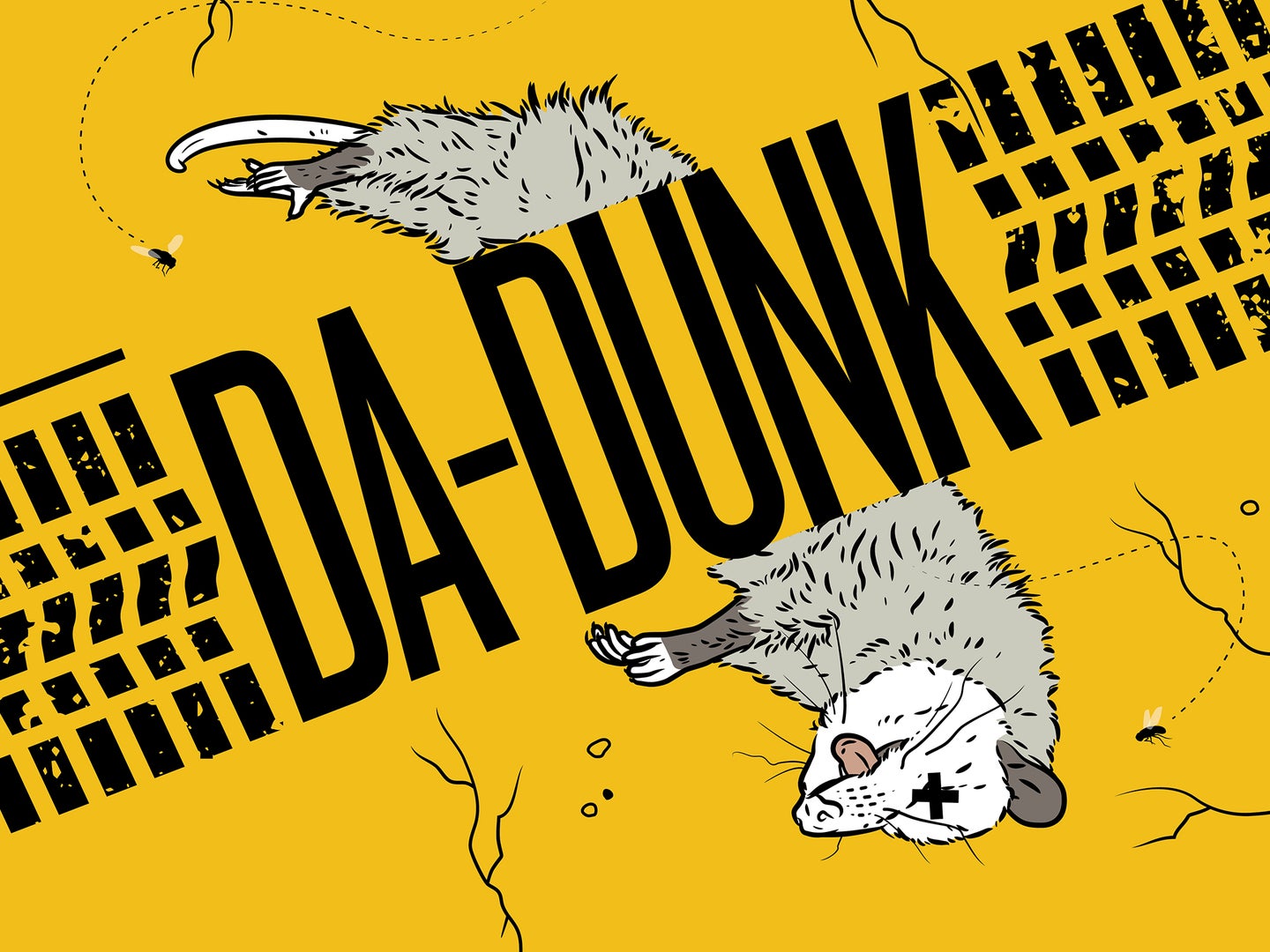 A Roadkill Roundup, Featuring 5 Tales of the Fatally Flattened

Whether you hear the telltale sound under your tires or see the splat up ahead, critters getting squashed on the road are always unfortunate, sometimes gruesome…and most likely edible

MOST PEOPLE pay no attention to the pancaked predator, the unlucky ungulate, or the vaporized vermin they speed past on their way to their next pickleball match. But we hunters, who take a special interest in all creatures and who deal more than most with life and death, take notice. We slow down and look on with at least a modicum of morbid curiosity, if not a pang of hunger. Here’s how we remember five of the fatally flattened.

This happened in the early 1970s, when truckers were heroes in the less cultured parts of the United States and country music was filled with songs about them.

An acquaintance of mine drove an 18-wheeler in Montana, and one night, along the eastern part of I-90, he saw a mountain lion crossing the highway. It was too close to swerve around, and 18-wheelers don’t take kindly to sudden changes in direction, so he hit the poor cat and then pulled over.

He knew that a mountain lion hide was probably worth some money, so there was no way he was going to leave it at the roadside, but he didn’t want to walk up on a cougar barehanded, even one that was almost certainly dead. He rummaged around until he found a tire iron, then walked back along the shoulder a ways, and sure enough, there lay the beast, its hide hardly damaged at all.

The trucker slung the dead cat over his shoulder and walked back to his rig, tire iron in hand, lit up by the headlights of the occasional passing vehicle.

He pulled back on the highway, and a minute or two later, over his CB, he heard, “Uh, breaker one-nine, anyone who’s listening, I want to tell you they got some tough sumbitches drivin’ trucks up here in Montana. I just seen one carryin’ a mountain lion he killed with a tire iron.” —D.E.P.

While working as a special agent for the railroad police in the coalfields of West Virginia, I investigated some unusual occurrences, none more so than a track kill involving a locomotive and a big predator.

I was called to a taxidermist’s shop to investigate the incident, in which a coal train had run into and killed a large, doglike creature. Upon arrival I found the taxidermist and a game warden staring at a huge, hairy beast lying on a worktable.

Although wolves are not native to the Allegheny Mountains, the taxidermist was convinced that was what we were looking at. The warden had a different opinion. When I asked him what kind of dog was before us, he took a deep breath, hitched his gun belt up a little higher, and, with all the authority and wild-game expertise he could muster, proclaimed, “Well, I’m sure it’s not a wolf, and I don’t think it is a dog either.”

Given that the game warden was the most official person in the room, I was left with only one viable conclusion. What we were looking at was a werewolf. I put his statement and my conclusion in my incident report, and it was never questioned. Most likely the creature was a wolf hybrid, crossed with a malamute or German shepherd. Regardless, filed somewhere deep in the annals of the railroad police official history is a report of a dead werewolf. —R.M.

The deer season had ended that night. I came home shivering and hungry from the year’s final evening hunt, and all through dinner I whined to my wife, Robin. “I can’t believe I didn’t get my deer.”

I don’t always tag multiple deer in a season, but I’m certain enough to get at least one for the freezer that I refer to as my deer (though I doubt the deer thinks of it that way). Even other people say, “Hey, Dave. Did you get your deer this year?” And I say, “Yeah, of course I did.”

Over many years of marriage, Robin and I have worked out a sort of unspoken agreement in which I pretend to care when she talks about gardening (“A burpless hybrid cucumber? No way!”) and she pretends to care when I talk about hunting. She didn’t quite lift her head from her plate, but she did say, “That’s crazy. You always get your deer.”

“I can’t believe we’re going to go the whole year without venison,” I said. And just then, the doorbell rang.

I answered and found a distraught couple standing on our stoop, talking frantically. They’d had an incident on the road out near our driveway but were in a terrible hurry to get where they were going and could I help?

“We never saw it coming,” they said. “It just bolted into the road and BAM!”

From the dinner table, Robin couldn’t quite make out the conversation, and so she asked, “Who is it?”

I turned to face her, beaming, as the strangers walked back to their car.

My first vehicle was a 1993 Chevy Suburban. My mom was nervous about a 16-year-old driving such a big car, but my dad said it was safer to be in a truck with a little more metal. I thought it was great, but it took a while for me to develop a sense of spatial awareness while driving such a beast.

One day, on my way home from school, I rounded a blind curve and spotted a huge snapping turtle lumbering across the road. I’d helped box turtles cross before, and I thought about getting out of the truck to pick it up, but this turtle could bite back.

As I sized up the situation, a soccer mom in a Subaru approached from the opposite direction, heading toward the school. She stopped and signaled for me to go, but with a look of concern on her face.

There wasn’t room on the shoulder for me to go around, but I figured I could just straddle the turtle, no problem. I let the big diesel inch forward, careful that the tires would fall on either side of the shell while I kept an eye on the Subaru in the opposite lane. When I felt my driver’s side tire start to rise, I knew I was off the mark. As I kept going higher, and the woman in the Subaru looked more and more concerned, I tried to throw my truck in reverse…but it was too late. The full weight of my ¾-ton came down hard.

I couldn’t tell if I had rolled over the turtle or squashed it—until I saw the look of horror on the soccer mom’s face. She sped off toward the school shaking her head, and I headed home, avoiding the rearview mirror at all costs.

Looking back, I still have regrets about not getting out of the truck to pick up that turtle. After all, there was a point at which it could no longer bite, and I’ve always wanted to try turtle soup. —M.E.

Michelle had considered hunting from her favorite ladder stand on that sunny, cold December Saturday morning in 2016. Instead she decided we’d take our then-2-year-old son to the state park for Christmas breakfast and pictures with Santa. I don’t remember what all Anse told the big man he wanted that year, but I knew what Michelle was hoping for—a nice big buck to walk into shooting range after a long, tough season.

When we got home from the park and checked trail cameras that afternoon, one SD card showed that a giant buck with double-​forked G2s had fed in the corn pile just 18 yards from Michelle’s ladder stand for almost a half hour. We’d never seen the deer before, and we haven’t gotten a bigger buck on camera on our 70 acres before or since. Michelle named him Kringle and hunted him for the next three days.

She never saw the buck once, and there was a good reason for it: He was lying dead and bloated on the roadside 300 yards from her stand the whole time. Shortly after getting a bellyful of corn, Kringle had trotted across the two-lane down the ridge from Michelle’s stand, where an old woman killed him instantly with her Buick. My neighbor—who had pictures of Kringle too—said he drove by and looked at the dead buck, its antlers broken just above the brow tines on both sides. “That rack just shattered,” he said. “There were points and big old chunks of beam laying everywhere.”

Michelle was just sick when she saw it. On the other hand, the irony of it all didn’t seem to be lost on her. “Well, merry f—ing Christmas!” she said.

Then again, she says that every year. —W.B.