Bessie Schommer had taken only one other buck before she saw this one while crossbow hunting. "I looked up, and all I could see were horns walking in!" 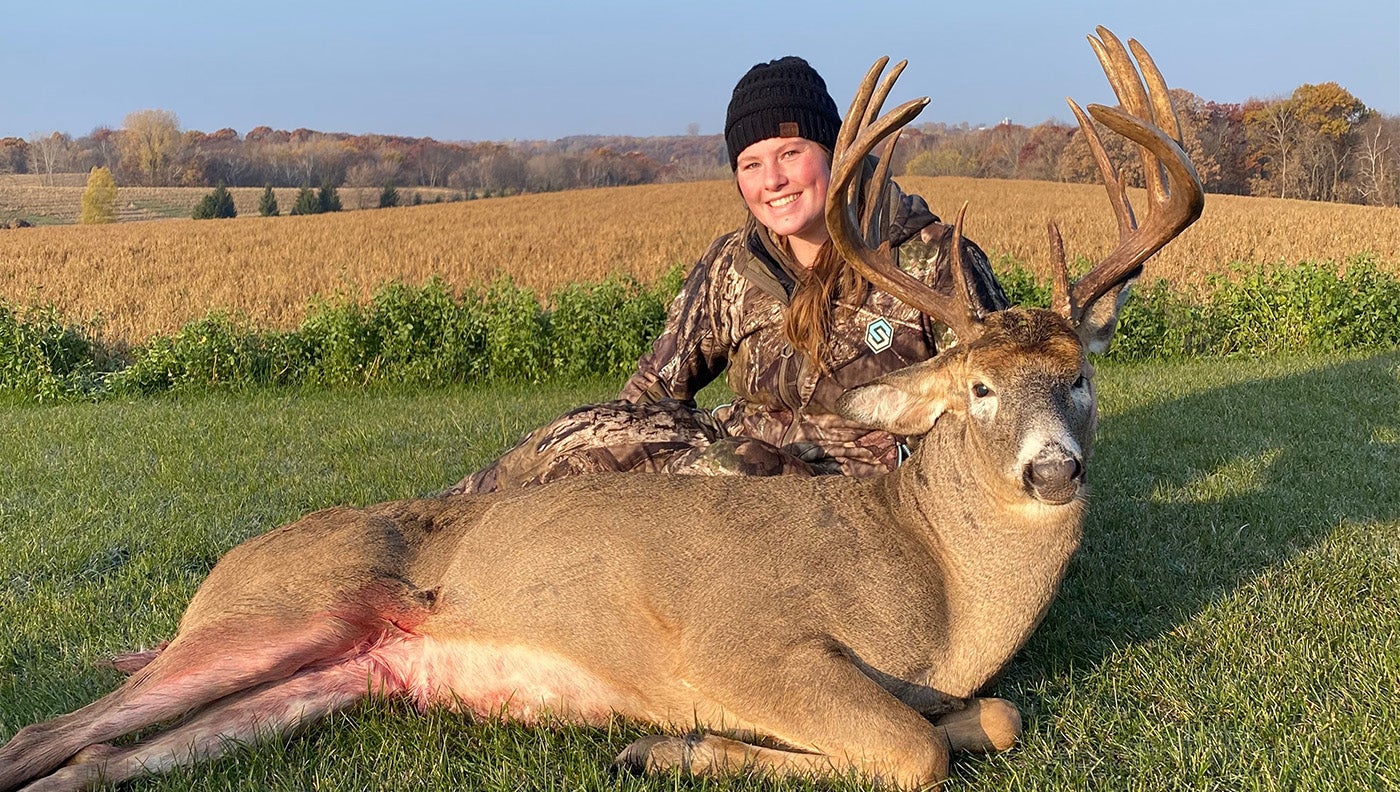 If you’re a veteran whitetail hunter, you’ve no doubt been encouraged to take a kid out hunting. Well, on a beautiful November afternoon in Wisconsin, 18-year-old Bessie Schommer flipped the script. “I knew my dad wasn’t hunting that afternoon, so I asked him to go with me,” Schommer says. “We hadn’t hunted together all fall, and I wanted to spend some time with him. We are a hunting family. It’s just something we do together, and I have always been into it.” That day, she got to spend some quality time with dad—and she took a buck of a lifetime.

The Schommer family knew there was a great buck on their Pierce County property, but the giant had largely remained a ghost. “We had some trail-cam pics of him in the previous weeks, but they had all been at night,” Schommer says. Ironically, the buck would make his first daylight appearance on camera just minutes before Schommer shot him on November 3rd.

Although Schommer had been deer hunting for several years, she’d only taken one buck before. Still, she kept her cool long enough to make a killing shot on the elusive giant with her crossbow. “We were sitting on a food plot and had watched a little nubbin buck walk in and feed,” she recalls. “Then I looked up, and all I could see were horns walking in!”

The buck walked along a trail that led into the food plot and within crossbow range. “I shot and we knew I’d hit him,” Schommer says. “We got down to look for blood and saw little at first; it was dark, too, and looked like liver blood.” After following the blood trail about 50 yards into the woods, the hunters decided to back out and wait overnight. “We found him right away the next morning, and he was unbelievable. He had 14 scorable points and his mass was bigger at the ends than at the base!”