The Best Trees (and Two Shrubs) for Deer Hunters to Plant 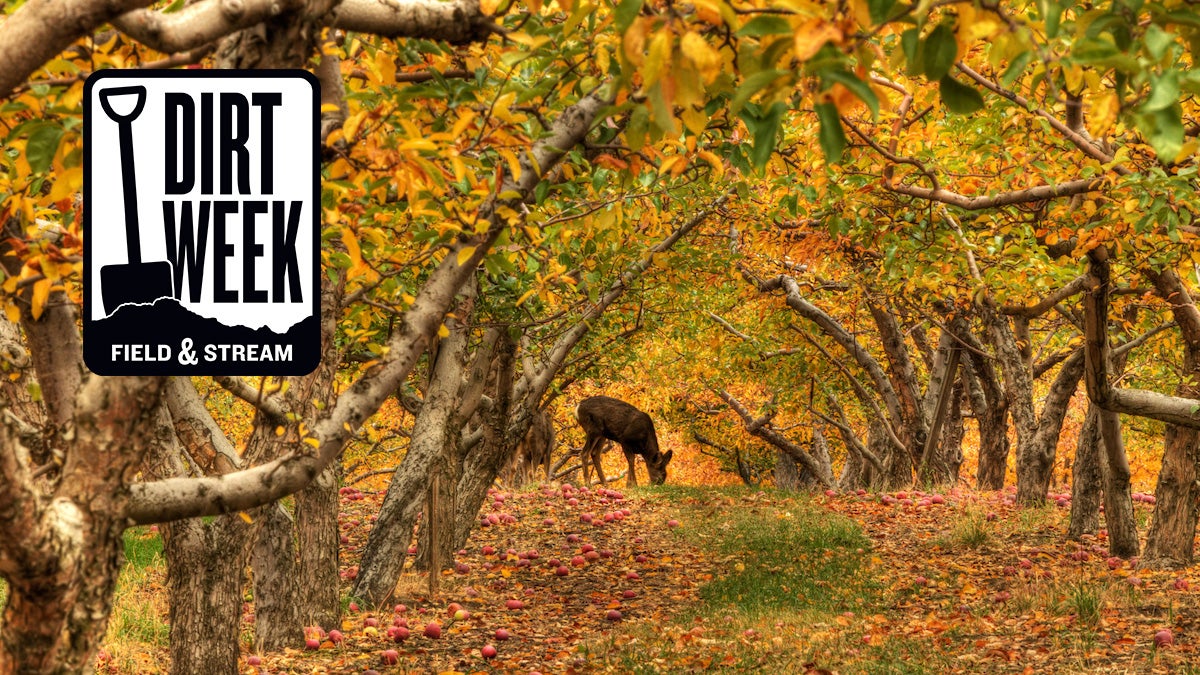 There are plenty of altruistic reasons for planting trees. Trees absorb carbon dioxide and alleviate climate change. They suck up other pollutants and release oxygen, literally cleaning the air we breathe. Trees reduce erosion by stabilizing soil, and they provide nesting habitat for countless bird and animal species.

But if you’re a deer hunter and land manager, tree planting could be the most important step you take in improving habitat, providing food and making your ground a whitetail playground. Food plots are sexy, relatively easy, and get all the ink, but if you really want deer to live (and eat) where you hunt, trees and shrubs are the way to go.

Of course, nurturing trees to maturity and beyond is a long-term project. I like to compare food plots to a checking account (short-term assets you can use quickly but require constant replenishing) and trees/shrubs to an IRA (long-term assets that demand discipline, but yield dividends for years, even after you’re gone). Obviously the best managers will devote some of their assets to both, but if you’re ignoring the trees, your property’s “portfolio” is missing something. So let’s get some seedlings in the ground and get started.

How to Plant Trees to Improve Deer Habitat

Pick The Right Place to Plant Your Trees

Just like food plots, trees flourish best in spots conducive to their growth. While this can vary according to species (follow the planting advice of the grower that provides your stock), you’ll generally want to avoid ridgetops and valley bottoms; the former can receive so much sunlight that seedlings can “burn” and features thin soil that makes roots struggle to take up enough moisture. Valleys can be too wet and prone to frosts that kill young trees. Generally you’ll want a well-drained site that receives adequate sunlight. And just like food plot seeds, trees grow best when the dirt has the proper pH, so perform a soil test and amend the soil if necessary.

Clear the Ground of Other Plants

Seedlings and saplings don’t like competition any more than your food plots do, so eliminate or reduce weeds, brush, or non-desirable trees from the area ahead of planting. Plan to return to keep invasive species from creeping in on your baby trees and stunting their growth.

Plant Trees Correctly With Enough Space Between Them

Read and follow the planting instructions provided for your young stock. Unless you’re planting bare-root seedlings, you’ll want to dig a hole at least as big as the root ball, and some like to create a space of loose dirt bigger than the ball to allow growing roots to spread and flourish.

Protect Trees From Rodents and Other Animals

Mice and other rodents love to gnaw on the bark of young trees, so either wrap them with a tree tape (available at most nurseries) or slide a tree tube over your plantings. Tubes allow saplings to breathe and take in sunlight and moisture while protecting them from damage. Deer also love to rub young saplings and tubes prevent them from doing this.

Water your saplings during dry spells and return to make sure weed (and other) competition isn’t stunting your baby trees. As fall approaches, stake T-posts around your trees and wrap hog panels or other stout material around them. Make sure the panels are at least as tall as your trees or at least prevent deer from browsing the leaves and, most importantly, the terminal bud.

5 Trees and Shrubs That Will Attract Deer to Your Property

Apple trees are the most prevalent soft mast producing tree on the continent. Apples are also among a whitetail’s favorite foods. I’ve hunted several properties over the years that hosted apple trees–from a handful to a 25-tree orchard–and when apples are dropping it seems like every other deer food present takes a backseat.

There are literally dozens of varieties to choose from, and it’s best to research what type(s) grow best in your region. Ideally, plant several different varieties–choosing from types that drop fruit at different times–across a property and you’ll keep whitetails knee-deep in deer candy for much of the fall. Make sure you plant multiple trees in reasonably close proximity so they can pollinate each other as a lone tree produces zero apples!

Apples get all the ink, but savvy land managers have known for years that pears are at least as good a soft-mast producer, if not better. Like many northern whitetail geeks, I spent years believing that pears only grew in the South, or exotic places like California or the tropics. I was dead wrong; pears actually have a pretty broad range, with different varieties well-adapted to their climate and growing season. Naturally, you’ll want to plant from the family that grows best in your region. Oh, and if you’ve got a pear orchard on the brain, you’d best start planning now, as growers run out of stock in a hurry.

Another soft mast producer that can be a total game-changer in early fall, persimmons crank out a yellow-orange fruit that has always looked like a little peach to me. Deer must feel the same way, as they devour these sweet fruits to the exclusion of other food sources. Persimmons also come in several varieties that drop at differing times of the fall, as well as types that grow well in one zone and not-so-well in others.

Like most fruit-producing trees, persimmons like a good dose of sun and suffer when they have to compete with neighboring trees that rob them of light and nutrients, so make sure you’re managing other nearby trees. It should also be noted that only female persimmon trees (the ones with flowers in the spring) are capable of producing fruit, so make sure you get enough trees to insure some girls in the bunch or you–and your deer–are going to be disappointed.

Were it not for the relatively modern science of hybridization, most deer hunters would never realize how much whitetails crave chestnuts. That’s because this once-common tree (folklore holds that a squirrel in Georgia could travel to Pennsylvania on chestnut limbs and never touch the ground) was hit by a horrific blight that nearly wiped it out. Only a few pockets of native trees escaped, and those trees were grafted to blight-resistant Chinese varieties to create a “Dunstan” variety that is bulletproof.

Now deer managers are learning the incredible draw of chestnuts, which are relished by every critter from squirrels to bears. In addition to being tasty and chock-full of protein, chestnuts mature more quickly than oaks; according to Chestnut Hill Outdoors, perhaps the leading producer of Dunstan seedlings, the trees will start producing nuts in 3 to 5 years, less than half the time it takes an oak to start dropping acorns.

Read Next: What’s the Best Food Plot Forage for Each Region?

One of the oft-used buzz-terms associated with food plotting is “screening cover”, which refers to trees or vegetation that separates plots (or approaches to plots) and prevents deer from seeing you, or each other, as they feed. There are lots of options for screening cover, but in my opinion, using screening cover that’s also attractive to deer and other wildlife is a double-whammy.

Both species mentioned above are, of course, shrubs and not trees so they’ll never grow as tall as the previously-noted species. But on the plus side, they establish quickly, grow readily, and will also be used by deer (and other wildlife) for food. I first learned about grey dogwood on a northern Wisconsin bear hunt and, as we scouted for natural bear foods, we discovered a patch of dogwood that was absolutely hammered by browsing bruins, deer, and grouse.

My neighbor taught me about highbush cranberries, as he’d used them to establish thick cover and bedding areas in a small hunting spot that lacked both. He ordered a bunch of cranberry bushes from our state DNR, planted them at the site, and was pleased to see how whitetails gravitated to the cover. Even better, Dave learned that turkeys and squirrels adored the berries themselves.