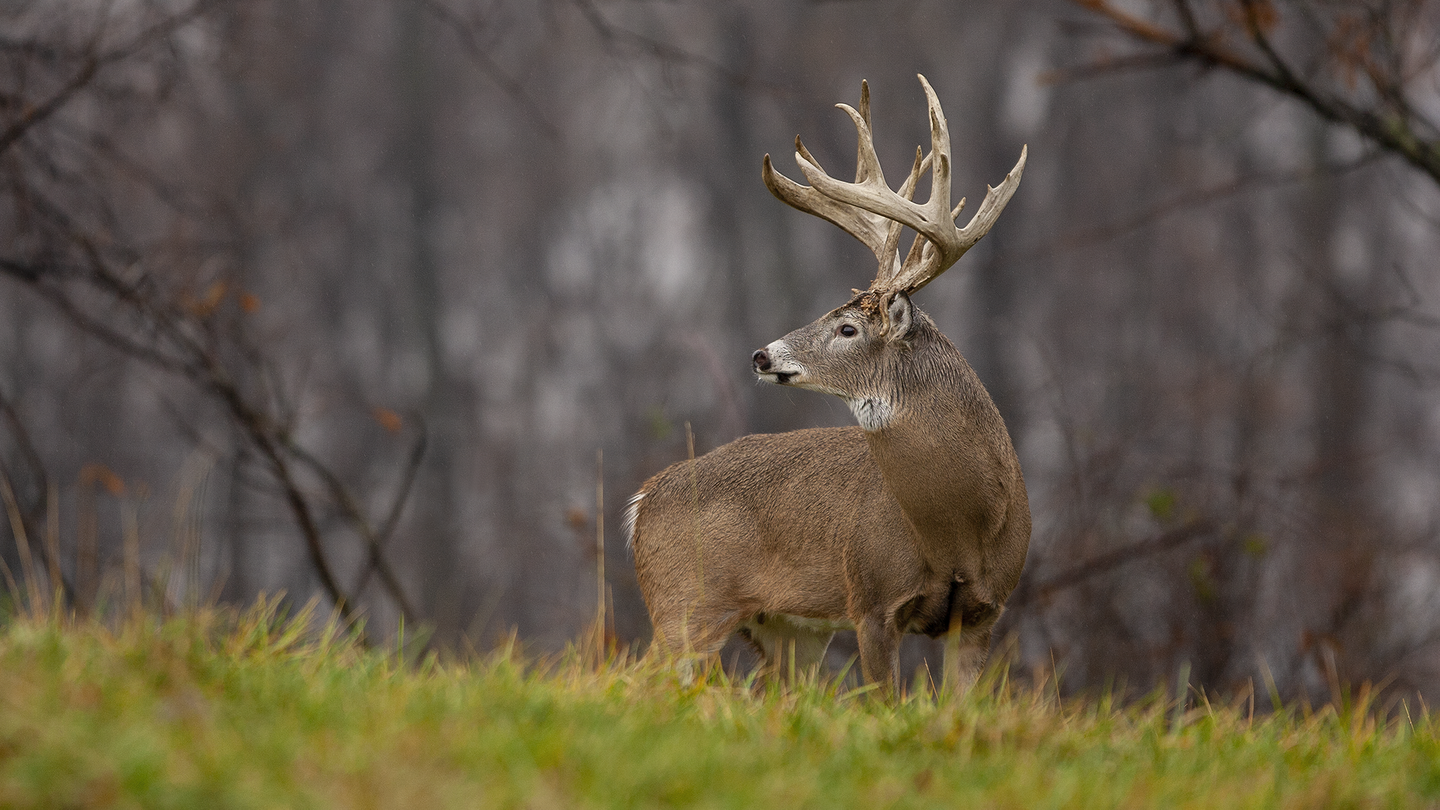 A heavy-racked whitetail scans for does from the edge of an open pasture. Lance Krueger

Should the Heart or the Head Rule Deer Hunting?

WHEN YOU HUNT from the leaning-tree stand, you never know where the deer might come from. It’s an inexpensive two-person ladder stand, old as dirt, not quite rickety, but you can see rickety from there. It’s up against an oak that leans forward just a bit—which means you lean forward just a bit with it. It’s not dangerous, but it is uncomfortable, and with your thigh muscles taut and a bend in your back, it’s not an easy stand to shoot from. A couple of hours into a sit, it’s cramp city.

The only direction you don’t have to worry about is the quadrant behind your left shoulder, where a wide-open pasture the size of a football field edges a farm pond by the house. No one in my crowd has ever seen a deer come from there. You have to keep your eyes peeled everywhere else, though. The stand perches in a narrow strip of woods that runs toward a large, forested creekbottom with pastures on either side. You watch two field corners, two field edges, and another strip of woods that borders a field off to the right. Deer might take a tentative step halfway out of the woods for a quick look, or wander the field edge, feeding on green browse and leftover acorns. You might have all day for the shot, or all of a half-second. You can see a lot farther than you would ever shoot, so it’s not the place for hunters who aren’t honest with themselves.

One morning, I’d been in the stand for maybe 45 minutes, just long enough for my legs to start cramping, but the sun was warm on my wetted-out rain gear, and the air had a pregnant feeling, as if anything could happen at any moment. I watched the field edges and glassed into the woods, and every few minutes I swiveled my head slowly to the far left for a just-to-be-sure glance into the open pasture where no one had ever seen a deer. It was in between those glances that I caught a movement in the corner of my eye and carefully rotated my head to see a mature buck walking stiff-legged and regal across the pasture.

At a glance, I knew that he was big enough to shoot. He was not super close, though, and was headed down behind a gradual swell so that with every step, another inch of him disappeared. My body was angled in the opposite direction and so was the rifle, and there was no time to wait for him to stop and look the other way, so I immediately began a full-body swivel, bringing the gun around, bracing my boots against the stand’s foot rail, keeping both eyes on the buck as he began to melt away behind the hilltop, as if sinking in quicksand.

The rifle came up, and I found the deer in the scope. Already, his legs had disappeared. I settled the crosshairs, but it seemed like a stretch, and it was happening so fast, and at just about the same instant that I decided not to take the shot, the rifle went off. I was nearly as surprised as the deer. And the biggest buck I’d ever taken a shot at was gone.

I settled down and stowed the rifle across the shooting rail that had done me no good and pulled out my binoculars. I worked the glass up-ridge of the hill. There. The topmost 2 inches of an antler tine. I breathed a sigh of relief.

Fifteen minutes later, kneeling by the buck, I ranged the tree from which I had taken the shot. It was 146 yards to the leaning-tree stand—but with less than, say, four seconds to twist 180 degrees and realign and shoulder and sight and decide not to shoot and then to shoot, it had seemed farther. Chancier. I was grateful that 40 years of pulling the trigger had trained my heart to know better than my head what I was capable of.

One year later—another season, another afternoon sit in the leaning tree, another deer. I had loaned my scoped bolt-action to a friend hunting the far side of the farm, so I settled in with a .30/30 lever action with iron sights, figuring a doe snacking on field-corner acorns might be easy pickings. When a tall-tined 6-pointer showed up within range, though, I grinned at the irony. Bang, I said in my head. It’s your lucky day.

A few minutes later, when I caught a glimpse of a bigger buck along the field edge 100 yards away, I consoled myself with the fact that I didn’t have time to set up for the shot.

And then, the largest buck I’d ever seen on the farm waltzed into view—a tad over a football field away. He seemed to have not a care in the world, slurping up acorns in the short grass. I watched the buck, pulling an imaginary trigger a hundred times, but the shot was just out of my comfort range with iron sights.

“Bang, bang, bang,” I said out loud, knowing he was too far away to hear.

At any moment, he could have sauntered over. Had he cut the distance by 50 yards, I would have cut him down to steaks and roasts and shish kebabs. But he didn’t. There was a line in the field that my head wouldn’t cross. And neither would he. He fed within a 10-foot radius, then melted into the woods.

Two deer, two seasons, the same stand. One deer fell to instinct. Another deer walked away courtesy of cold calculation. Heart and head—in the deer woods, sometimes I’m still not sure which one will rule the day.