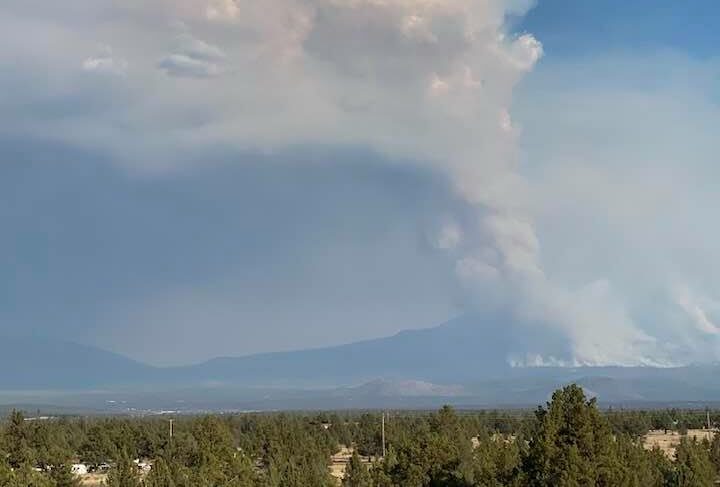 Access to some hunting areas in Washington and Idaho may be in jeopardy due to wildfires.
SHARE

The wildfires spreading through Washington State and Idaho are forcing agencies to shutter popular recreational areas, and there is a strong possibility that some may not reopen in time for the fall hunting seasons.

Washington Department of Fish and Wildlife Eastern Region Director Steve Pozzanghera told the Spokesman-Review, “While these closures may be inconvenient to some, we feel it is the safest and most responsible action we can take to keep members of the public and first responders safe. Other public lands agencies are also closing areas to the public and we support their efforts to fight this fire and make safety a top concern.”

An entire ranger district in Washington’s Blue Mountains, a popular big-game hunting area, closed on Monday, according to a Umatilla National Forest news release. Early archery deer season opens on September 1 in most units, with the archery elk season opening in most units on September 11. Other areas recently closed are the W.T. Wooten Unit of the W.T. Wooten Wildlife Area, the 4-0 Ranch and Grouse Flats units in the Chief Joseph Wildlife Area, and the Asotin Creek and Weatherly units of the Asotin Creek Wildlife Area. Closures are estimated to last a month or until conditions improve.

Idaho is also experiencing closures. “While this type of restriction is not necessary during most fire seasons, this year is extraordinary in terms of wildfire risk for Idaho and all neighboring western states,” said Pete Stegner on behalf of the North Idaho Timer Group. “This precautionary closure is in the best interests of the community and the environment, and we appreciate everyone’s cooperation with this request during these highly unusual times.”

Drought combined with summer heat has dramatically increased the risk of wildfires. It is likely that closures will remain at least until it rains.