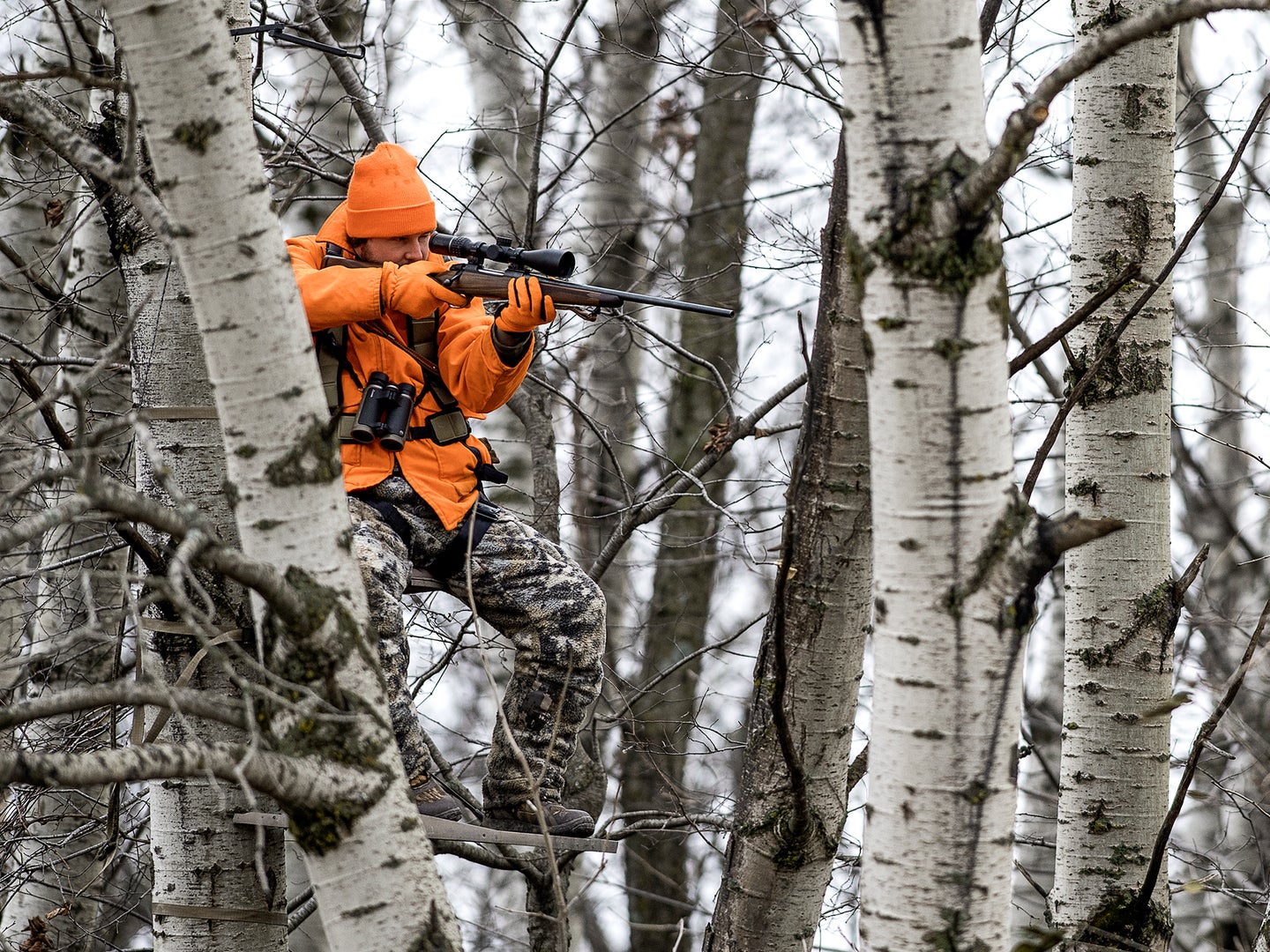 When a shot finally presents itself, make sure your gear is up to the task. Lee Thomas Kjos / The Raw Spirit

What to Do When You Miss

Once the embarrassment of a whiff passes, it’s time to get serious about getting back on target

I FLINCHED when I heard the shot. It was one of those involuntary, nearly full-body shudders that occur when the unexpected happens. The sun was barely painting the tops of the pines, and I was so immersed in the act of looking for deer, the rifle’s crack jolted me badly enough that I knocked my spare hat off the treestand seat. The shot came from up the hill and back toward the pond, but it was close enough that it could only have been my buddy on the trigger. Good, I thought. I’d taken a big 8-pointer off this farm the year before, and I didn’t want to shoot another solid buck before my pal had a chance. After all, it was his family’s farm, not mine.

A minute or so later, my phone vibrated in my pack, like a fly trapped against a window. I eased my hand to the pack pocket and pulled out the phone. I opened my text messages, loath to let my eyes leave the woods for even a few seconds.

Pretty sure I missed

Not a super wide rack, but really tall

He just ran off. Don’t know what happened

I stowed the phone and let the woods settle back down. Between knocking my hat to the ground and looking at that text, I felt as if I’d unsettled the woods as much as a marching band. I leaned back in the stand. I like open stands with no walls or roof so I can place myself completely into the woods. I breathed deeply and restarted my treestand trick: While hunting, I imagine that the sensation of every cramped muscle, the soreness of every spot where a branch digs into my back, and every itch I am tempted to scratch all flow down my arms and into my hands and exit my body through my outstretched fingers. My wife says yoga keeps her sane. This is my kind of yoga, and it keeps me very, very quiet.

Twenty minutes later, I heard the tick-tick-tick of an animal in the leaves. No flinching this time. Just a momentary bewilderment. The animal was approaching from behind the stand and to my right. Where I’d never seen a deer before. Where deer never come from.

I caught a sweep of antler in the corner of my eye as the buck passed behind the tree at my back. I swiveled slowly, veiled by the tree trunk, bringing the rifle to my shoulder at the same time that the tree slid from my field of view and the buck was 18 paces away and nearly to the dense pines. He dropped with the shot.

I studied the still form of the buck through my binoculars. Something about the rack caught my eye. I dialed in the binoculars. There was a fresh green scar across the main beam. I looked more closely. The rack wasn’t super wide, but it was pretty tall. I grinned and pulled my phone out of my pack to text my buddy:

Think your gun is shooting 13 inches high and 10 inches to the right.

Huh? How would u know?

Holes in the Story

It’s hard to know what to say to a friend when they miss a deer. I’ll be the first to admit that I don’t spend the kind of time at the range that I should. But I never wake up on opening morning without having re-zeroed my rifle and worked through a box of shells. Between that and a lifetime of shooting experience and a personal pact not to stretch my range, I’ve missed only a few deer in a long time of deer hunting.

But my buddy hadn’t shot his rifle in a year. We tacked up a target and leaned over my trunk hood and rested his rifle on a shooting bag. Three shots at 75 yards, and target holes don’t lie: high and to the right. I didn’t say much. He walked slowly to the target. He was embarrassed. I kept thinking about that accusatory slash of skinned antler and tried not to think about the deer he’d missed—or not—earlier in the season.

There’s a sticker on the stripping basket of my friend’s skiff. As you stand on the deck, the sticker greets you harshly. It’s a drawing of an index finger pointing straight back at the angler. “It’s not the fly,” the sticker reads. “You just suck.”

I often think about that sticker. It’s a reminder that good gear gets us only part of the way down the road. Luck might get us around a tight curve or two, but ultimately, we are responsible for where the bullet or the fly lands. I’ve made plenty of poor decisions in the field, and I’ve tumbled off many a high horse. It’s rarely a gentle landing, and the humiliation sticks around for a while, the way your tongue keeps finding the rough edge of a chipped tooth.

So I weed out as many of the variables as I can in the weeks leading up to the trigger pull. I don’t want there to be an excuse for a shot gone awry. “Serious business” is what writer Thomas McGuane called this pursuit of killing one animal to nourish another. Serious business done with serious tools that are so capable, we often ignore the fact that they’re only as good as the hands that hold them.

My buddy brought his rifle back to zero. An inch high at 100 yards will give him just enough leeway to hold the crosshairs on a deer from 20 yards out to 10 times that distance.

But only just enough. The rest is up to all of us, always.