Best of 2022: Redemption in the Kentucky Whitetail Woods 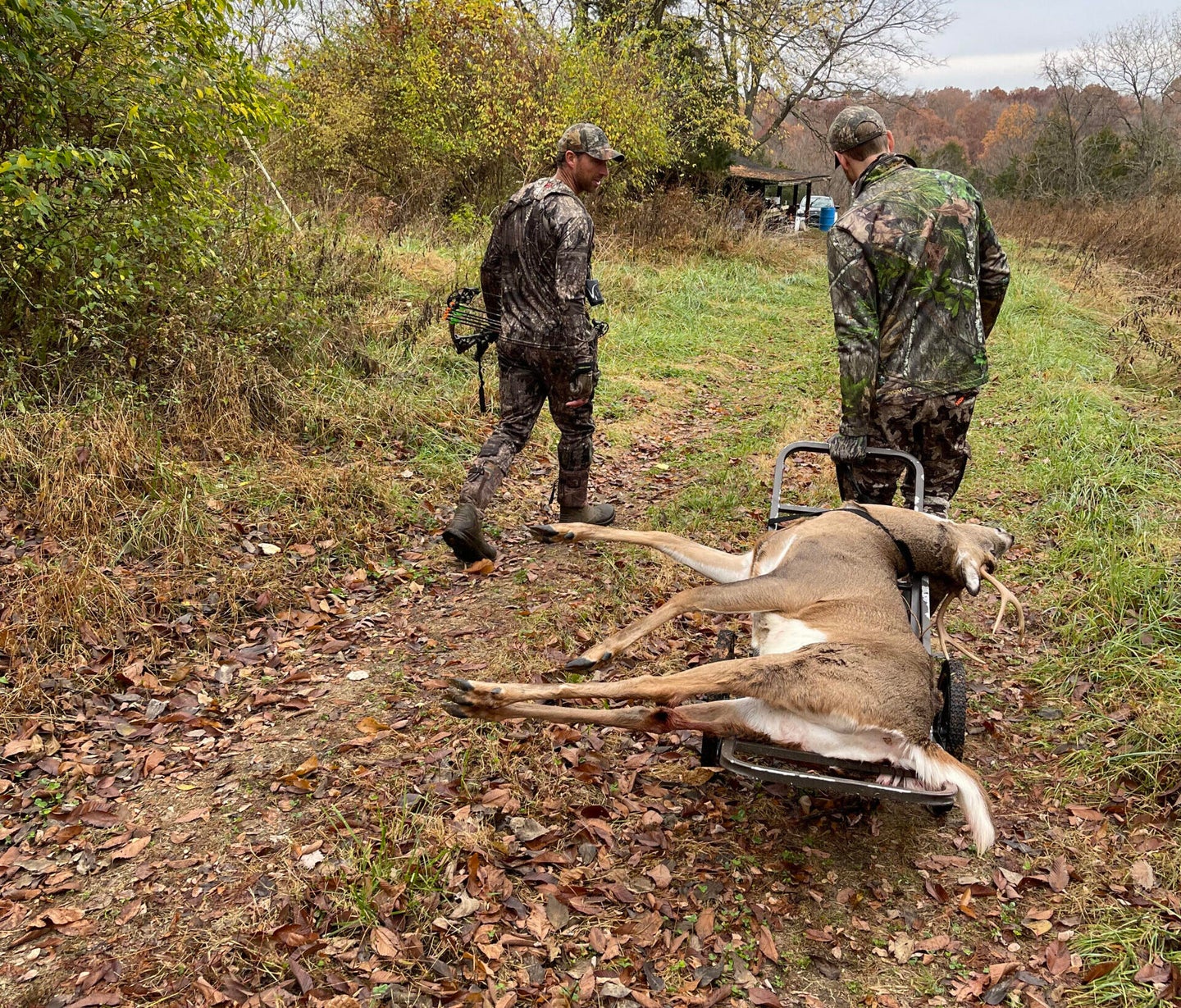 I told myself I was getting out of the tree stand at 10 A.M. at the absolute latest. Pushing it any longer than that could have meant a missed flight out of Louisville back to Montana—and a world of trouble from my wife.

It was the final day of a five-day hunt in the rolling hills of north-central Kentucky. I’d had some run-ins with good whitetail deer throughout the course of the trip. I’d been busted by a nice 7-pointer that came into a can call, then watched helplessly as a tall-tined, beautifully symmetrical eight walked under my stand and out of my life while my bow hung on a hook 12 inches above my head.

But this last-day sit was my last-ditch effort, and the young 6-pointer I’d been hoping for made an appearance with just five minutes left on my self-imposed deadline. He walked up an old roadbed and rounded a corner that put him in an overgrown pasture off to my left. When he got beyond an overhanging limb that was obscuring his vitals, I slowly drew my bow, buried the 30-yard pin behind his shoulder, and squeezed the trigger on my release.

The bottom fell out of my stomach when I saw how far back the shot had hit him. The broadhead didn’t go in behind the shoulder, where I was aiming, but all the way back in the deer’s hind quarter. I saw a flash of red before the buck leapt through the safety of the woodline and disappeared into a thick stand of osage orange and locust.

My mind went into a tailspin. I immediately regretted releasing the arrow. Why hadn’t I grunted, stopped him, and taken a more careful shot while the buck was standing still? Instead, I assumed I had likely wounded a deer that could take several hours, if not days to recover—the kind of time I didn’t before I needed to catch my flight to Bozeman.

At the same time, my gut told me that the deer was dead. That flash of blood I’d seen was significant, indicating a possible hit to the femoral artery. I stayed in the stand for over an hour as these competing scenarios ran through my head in an excruciating loop. I was still in the tree when my two cousins showed up to help with the tracking job. Without a word, I pointed to where I’d connected with the deer, and they were instantly on blood.

In a matter of minutes, they found him—stone-dead in the thicket with my arrow sticking out of his right haunch. The broadhead had connected with the vital artery, just as I’d suspected—or hoped. Between hauling the deer back, field dressing it, and hanging it from the skinning pole next to the cabin, we cut it close—but I managed to make it to the airport on time. As the plane took off and the northern Kentucky landscape rolled away beneath me, I reflected on the wild array of emotions that I’d experienced over the last five day:

Emotions—and memories—like that are what make whitetail hunting so great.