Where’d My Buck Go? Whitetail Travels 200 Miles in the Middle of the Rut 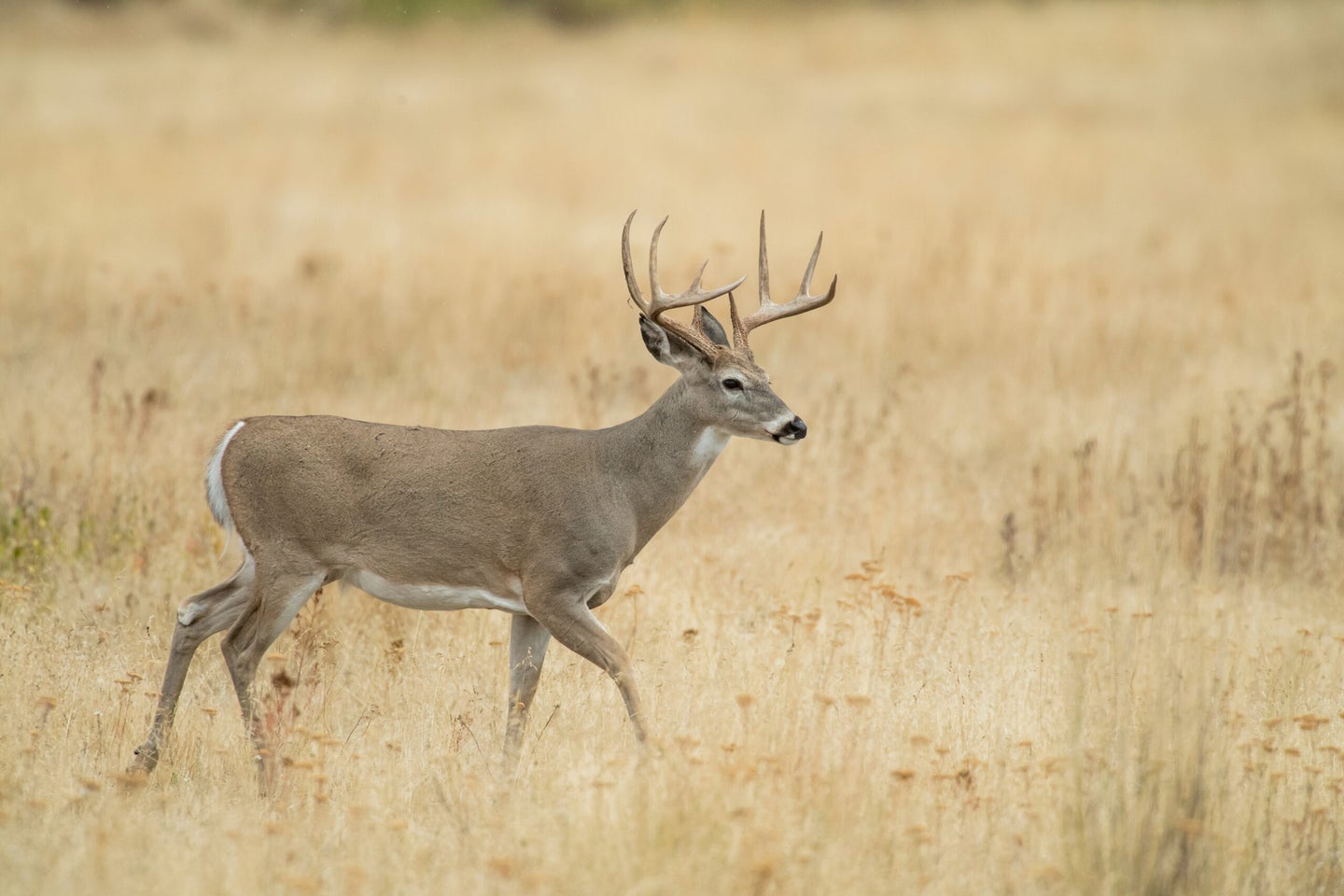 When a buck we’re hunting suddenly disappears, most of us wonder if he’s relocated to another part of the property or, heaven forbid, the neighbor’s.

Well a Missouri buck proved that it’s time to think bigger, people. The Show-Me State buck, a 2-½ year old whitetail known to state researchers as N17003, lit out from his home range and walked 200 miles in just 22 days. That’s the longest trek for a non-migrating whitetail on record, and it beats the previous record by just over 108 miles.

The Buck Averaged More Than 8 Miles a Day

“He took off on October 26, 2017 and was pretty much on the move constantly until December 7,” said Jason Sumners, researcher with the Missouri Department of Conservation (MDC). “He was averaging about 8½ miles a day and, in the process, crossed a major river seven times, an interstate highway, eight state highways, and a railroad. It’s a miracle he wasn’t hit by a vehicle, as almost all the movement was at night, which is rarely good for deer crossing roads.”

But it wasn’t just vehicles this buck avoided, as his journey took place in the heart of the Missouri firearms deer season. “We think the buck likely started moving in response to the upcoming rut,” Sumners said. “But a big chunk of his activity occurred between November 11-18, during our rifle season. We’re speculating, of course, but it seems likely the buck just couldn’t find a block of cover where he felt safe. So he just kept going. He spent one night in a outside the town of Bethany in about the only wooded cover for miles.”

Sumners felt that cover and topography likely contributed to the long walkabout. “This is largely ag-country, with small blocks of timber breaking up big farm fields,” he said. “Generally, deer living in more forested habitat, like we have in southern Missouri, just move less; they don’t have to travel far to find the cover or food they need. And it’s interesting; if this buck had moved in just a slightly different direction, he’d have run into more wooded areas. Would he have stopped? We can’t say, because the path he took led him into more open country. ”

Modern telemetry allowed researchers to keep tabs on a deer they would have lost otherwise, Sumners said. “Not long ago we’d have just been driving around, hoping to pick him up with an antenna (signal) and he’d have walked out of our study. But GPS allowed us to (pinpoint) deer every day.

Of the 600 animals in this telemetry study, Sumners said this one certainly stood out. “But who knows?” he adds. “Maybe he hints at more.”