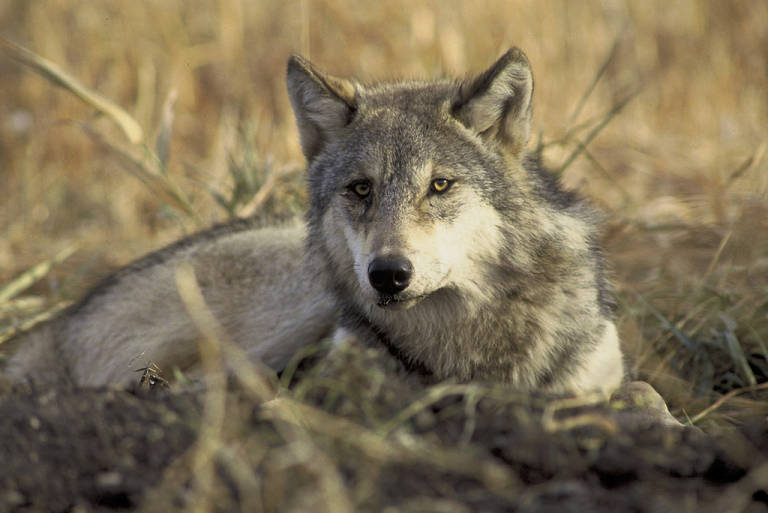 Gray wolves in the Lower 48 were removed from the Endangered Species Act in January 2021. FWS
SHARE

In the wake of February’s wildly controversial wolf hunt, when Wisconsin hunters took 218 gray wolves, exceeding the state harvest goal by a whopping 82 percent, the Wisconsin Department of Natural Resources (DNR) has proposed a kill-limit of 130 gray wolves for the 2021 fall season.

The February hunt had stirred controversy even before the quota was smashed. The DNR had originally proposed that the state’s first wolf hunt since 2014 would take place in November 2021 after wolves were officially delisted from the Endangered Species Act in January 2021. But since Wisconsin state law requires the DNR to hold a wolf hunt when the species is not listed as “endangered” nor “threatened,” hunter rights organization Hunter Nation successfully sued the state to force it to hold a hunt in February.

“The Department has consistently stated, beginning shortly after the announcement of the federal delisting of wolves late last fall, that any hunt prior to November of this year was ill advised,” wrote the DNR in its latest proposal. “Despite those warnings, pursuant to a court order a wolf hunting season was held in February of 2021. The results of the February 2021 hunt cause the Department to recommend a conservative approach for the November 2021 hunting season.”

The agency highlighted several reasons for this. The DNR was unable to survey the wolf population after last winter’s hunt (before the February season, the DNR estimated that the state held 1,136 wolves) and has never held two wolf hunting seasons in one calendar year. Moreover, wildlife officials suspect that holding the February hunt during breeding season may have significantly impacted the reproduction and animal recruitment rates, though they’ve been unable to confirm the extent of it. Finally, the DNR is developing a new comprehensive wolf management plan, but it won’t be finalized until 2022.

The agency also hopes to prevent significantly surpassing the harvest quota again with plans for shorter tag-reporting windows and by being ready to close the season more quickly than it did in February.

DNR Proposal Has Received Backlash from Both Sides

Although the DNR stated its goal with the upcoming November hunt is to maintain the “long term sustainability of the population,” the proposal immediately garnered pushback.

“I think 130 is too high given the unknowns we have out there,” Adrian Wydeven, a retired DNR wolf biologist and a member of the conservation group Wisconsin’s Green Fire, told the Milwaukee Journal Sentinel.

Some people have called for prohibiting the use of hounds and trapping for wolf hunting in Wisconsin. Hounds were used to kill 86 percent of the wolves during the February season, while trappers accounted for 5 percent of the total harvest. A federal lawsuit filed by animal rights organizations is seeking to overturn the U.S. Fish and Wildlife Service’s decision to delist gray wolves.

Meanwhile, many Wisconsin hunters and ranchers would rather see a higher harvest quota that would reduce the wolf population closer to the 350-wolf goal that the DNR established in its 1999 wolf management plan.

The DNR’s wolf quota proposal now goes to its seven-member citizen advisory board for approval or modification during an August 11 meeting. Wisconsin’s wolf hunting and trapping season is set to commence on November 6.