The move, which follows a contentious February wolf hunt, is sure to spark further controversy 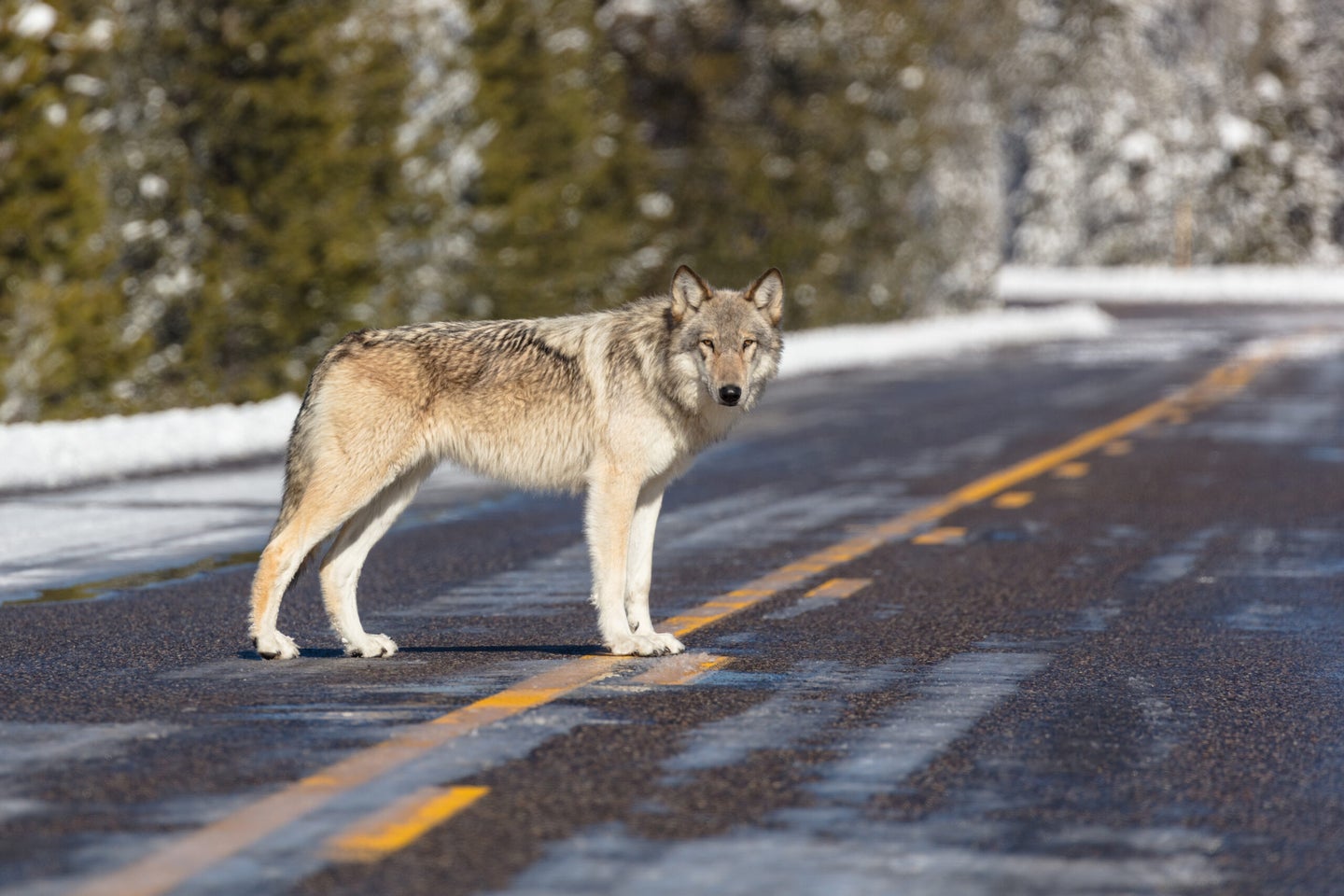 On July 26, the Wisconsin Department of Natural Resources (DNR) proposed a 130-wolf limit for the upcoming November season. Yesterday, the state’s Natural Resources Board approved a harvest quota of 300-wolves—more than doubling the DNR’s recommendation. The move follows an extremely controversial February hunt and guarantees even more debate.

Why Is This Such a Big Deal?

Wisconsin state law requires the DNR to hold a wolf hunt whenever the species is not listed as “endangered” nor “threatened.” So when the U.S. officially delisted wolves from the Endangered Species Act in January 2021, Kansas-based hunter-rights group Hunter Nation sued the state to hold a wolf hunt immediately, in February—despite the DNR’s desire to hold off for a November season. Due to prime conditions with recent snowfall, hunters were wildly efficient and smashed the quota in less than three days, taking 218 wolves and, according to the DNR, exceeded the harvest limit by 86 percent. The hunt drew national attention and prompted backlash from many animal rights and environmental groups. The DNR itself admitted that it should have closed the season sooner.

Agency biologists suspect that the February hunt may have taken a significant toll on the state’s then-estimated 1,136 wolf population, especially because it was held during breeding season and may have affected reproduction and animal recruitment. Wildlife officials have not been able to survey the population since the February hunt. Because of these factors, DNR officials put forth what they considered to be a “conservative” quota of 130-wolves, intended to maintain the “long-term sustainability of the population.”

The Natural Resources Board instead opted to more than double the quota, as called for by some local hunting and conservation organizations, including the Wisconsin Conservation Congress and Wisconsin Wildlife Federation. Several board members cited a DNR wolf-management plan established in 1999 that sets a 350-wolf population goal as their rationale for bumping the quota.

“The department can’t go against the management plan now of 350,” board member Greg Kazmierski said, as reported by the Associated Press. “We are stuck with the plan in front of us today. We need to show we’re trying to move toward that goal.”

The DNR’s attorney rebuked that claim, saying the 350-wolf population goal was the minimum number of wolves needed to hold a hunt, not a target. The department is currently working on an updated wolf-management plan, but it won’t be completed until 2022.

The state’s Chippewa tribes are allowed to claim up to 50 percent of fish and wildlife resources in ceded territory under treaty rights dating back to the 1800s. The Chippewa consider wolves sacred and will likely not fill the tags that they claim. DNR Secretary Preston Cole accused the board of pre-compensating to make up for the tags that the Chippewa are likely to claim.

“You are manipulating the number based on tribal declarations,” Cole said, according to the Milwaukee Journal Sentinel. “On its face, it’s damn near illegal. You folks are so out of bounds.”

In contrast, Hunter Nation lauded the quota increase. In testimony submitted to the board, the group’s CEO Luke Hilgemann had argued that, because of the high success rate in the February hunt, “it is our belief…that the population has skyrocketed and the DNR’s current population models that estimate the population at 1,000 animals are broken and beyond repair.”

Wisconsin’s next wolf hunt will begin on November 6. The Natural Resources Board allotted 10 times as many wolf hunting licenses as the quota for the coming season. If hunters are as effective in November as they were in February, they could take upwards of 400 wolves in Wisconsin in one calendar year (even with unused tribal declarations). Either way, you can be sure that some folks won’t be happy about it.