Wisconsin Hunter Tags Buck While Hunting With… An Emu 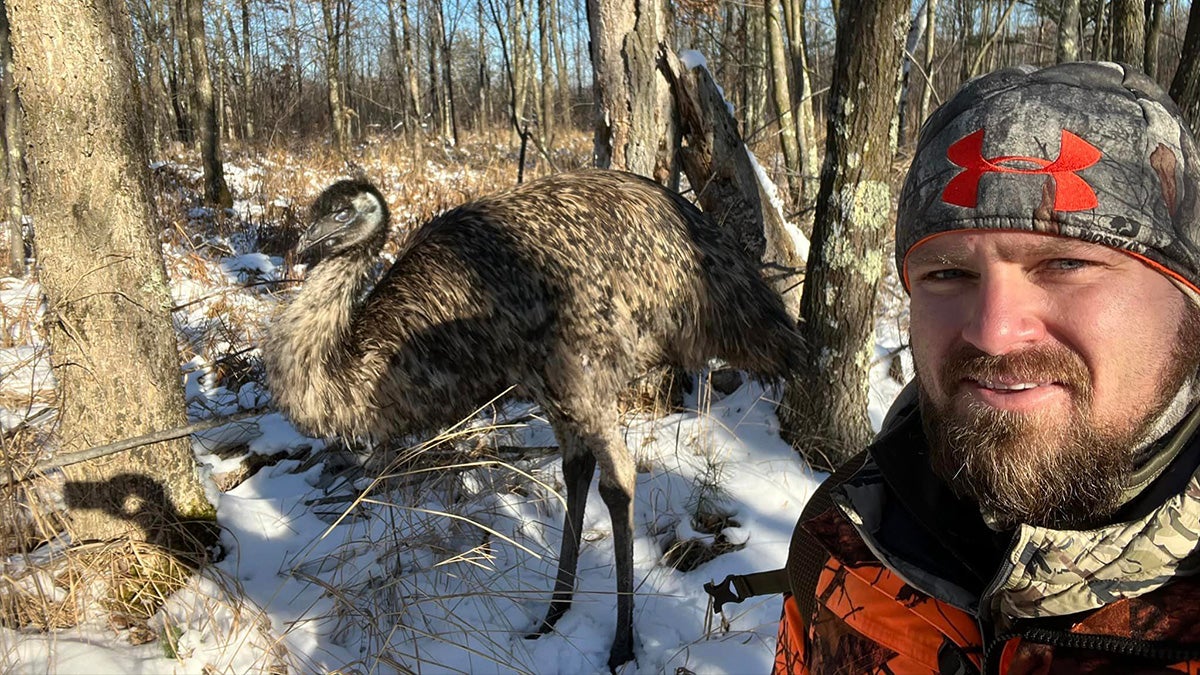 Emus are endemic to Australia. Asher Torbeck via Facbook
SHARE

Here’s a hunting story I can guarantee you’ve never heard before. According to WLUK, Asher Torbeck was hunting in Gillett, Wisconsin on November 19, the opening morning of Wisconsin’s gun season, when something caught his eye. “I was hunting a stand about 100 yards from a high-fence deer farm my uncle owns,” Torbeck wrote in a Facebook post. “At about 10 a.m., I looked towards the fence and saw something walking. [It’s] not uncommon for deer to walk the fence line inside and outside the fence, so I got the binos up to take a look. There was a lot of brush that way, but I was pretty sure what I saw only had 2 legs.”

Torbeck didn’t pay much attention, thinking it may have been an exotic that was inside the fence, and carried on hunting. “About 5 hours later, I heard something coming through the brush and saw a body,” said Torbeck. “[I] was starting to get excited, wondering if it was buck [or] doe. Then…I see a giant bird walking right at me!”

Torbeck immediately thought it was an escapee from the deer farm. He texted the farm manager, who told him it wasn’t. Meanwhile, the emu walked around the tree stand, looked up at Torbeck, and then walked off, leaving Torbeck baffled. “I mean those that hunt know your eyes play a lot of tricks on you out there, but unless I drank a really skunky old Busch Lite, I was pretty sure that was an emu,” wrote Torbeck. “Luckily I took pics to prove I wasn’t crazy.”

According to Smithsonian’s National Zoo, the emu is the second-largest species of bird in Australia, They’re flightless, similar in appearance to ostriches, and can weigh up to 132 pounds. Later that night, Torbeck learned that the emu he saw was one of three birds that had recently escaped an enclosure a few miles from his tree stand. Torbeck got a phone number for the emu’s owner in case he saw it again. The next evening, Torbeck hunted a stand about 70 yards from the one he used on opening day. Sure enough, the emu was there. It was walking around right near the stand as he hunted and then laid down about 10 yards from the stand.

“At about 4:00 p.m., I saw a deer walking right toward me and the emu,” wrote Torbeck. “I thought, this is going to be interesting, and I actually wondered if having the emu there was keeping deer away…clearly not. As the deer got closer, I saw it was a 6-point buck—a non-shooter normally. I saw this buck the day prior and passed him up. Well, little bucky was walking right in the direction of the sleeping emu, and I was excited to see how this would play out.”

The buck walked to within 15 yards of the emu, then the emu stood up, startled. “I looked at the buck who came to a quick halt with a look on his face like, That’s the biggest damn turkey I’ve ever seen!” wrote Torbeck. He watched the critters looking at each other in confusion for about 10 minutes. “Finally the buck turns broadside and is still looking at the emu. At that moment I thought, who else in the world can say they shot a buck while their emu friend ran a distraction for them?”

Torbeck shot the buck, which ran off about 50 yards before going down. Surprisingly, the shot didn’t scare the emu, who actually trailed Torbeck as he went to recover the deer. The big bird disappeared as dark fell. Torbeck took plenty of photos of his avian friend but none of his buck, which he says wasn’t particularly notable.

Read Next: Florida Kayaker Finds Mystery Fish That Looks “Like it Came Straight From Hell”

The next morning, Torbeck coordinated with the emu’s owner and went into the woods in hopes of capturing it. He put a tube sock over its head and then wrestled it into his van with his brother, before returning the emu, named Limu, to its rightful home.