Opinion: The Three Dumbest Responses to CWD in Whitetails

Targeting bucks and banning deer pee make no sense. And rogue deer farmers should be forced to do more to slow the spread of CWD 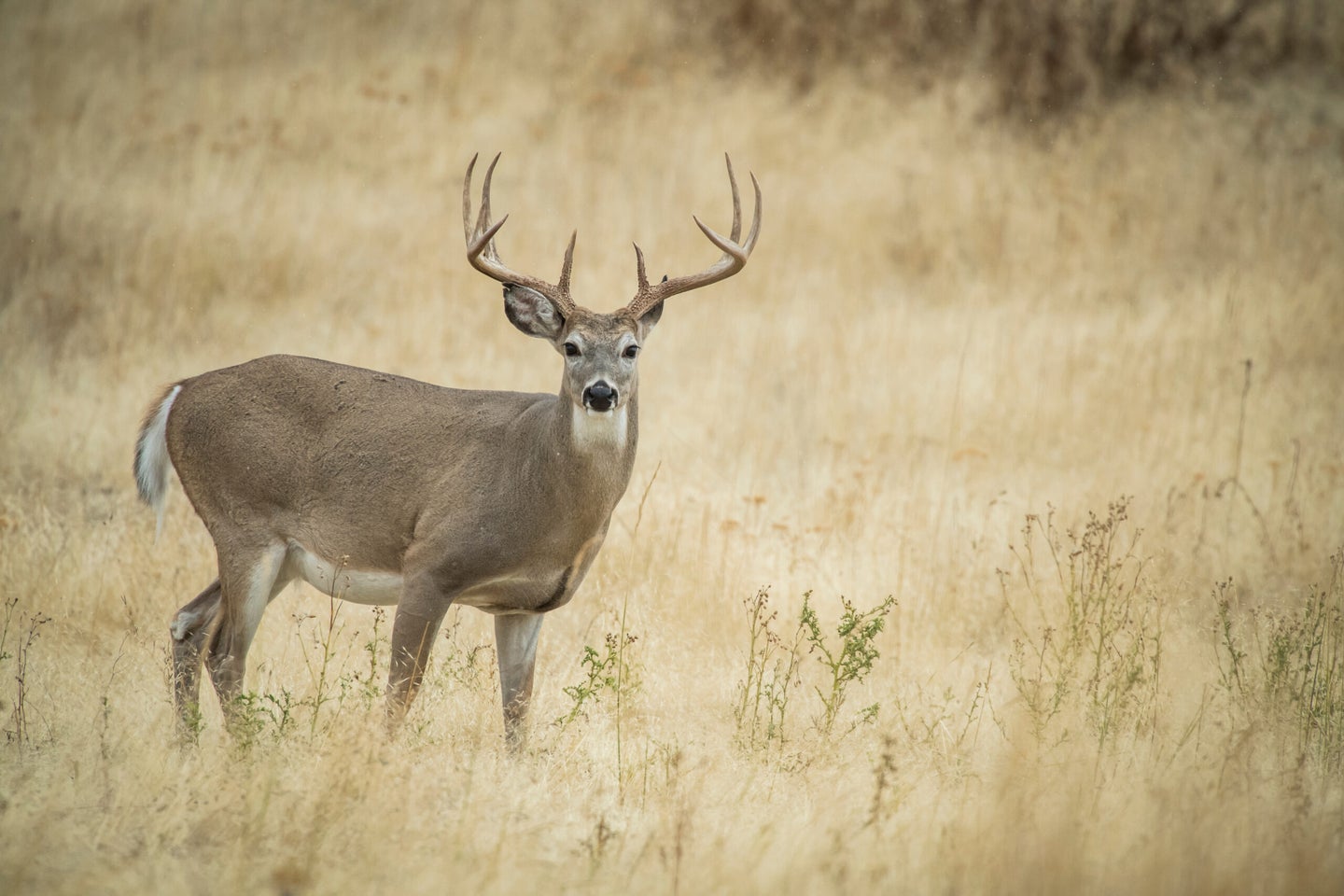 Wiping out large portions of the mature bucks in a CWD zone is not the answer. John Hafner Photography
SHARE

I have deboned bucks before transporting them to my home state. I’ve submitted the heads of whitetails I’ve killed for testing, and I’ve driven out of my way to dispose of carcasses at designated sites. Though it’s been a mild pain in the neck, following these rules seems like a legitimate way for me to do my part in combating Chronic Wasting Disease (CWD) and help protect the deer I love to hunt.

There are, however, some regulations—or lack of thereof—that strike me as suspect at best, and downright dumb at the worst. To be clear, I’m not anti-DNR; those biologists and managers have a tough job and a difficult, serious situation. But I am anti senseless regulations. Here’s a look at three of my CWD pet peeves.

One common response by state game agencies dealing with CWD is to relax any restrictions designed to protect bucks. This move can be directly traced to a Wisconsin study that found CWD prevalence rates of over 40 percent in mature bucks in one of the Badger State’s endemic areas. This discovery was interpreted by many to mean that bucks, especially older animals, were a prime vector in spreading the disease. So lowering buck age structure, usually by eliminating Antler Point Restrictions (APRs), seemed to make sense. Some states, like my native Minnesota, went even further, eliminating cross-tagging restrictions and upping the bag limit on bucks from one to three per year.

While I don’t dismiss the results of the Wisconsin study, they’re pretty misleading. Forty-plus percent sounds like a damning statistic, but it fails to reveal the actual number of sick deer. I’ve hunted throughout the Midwest (including more than 40 Wisconsin seasons), and I know that in a given herd of wild whitetails, the number of bucks over 3½ years old is very small. So let’s say there are five mature bucks in a square-mile block (a generous figure in many neighborhoods), and 40 percent of them have CWD. That’s two animals.

Meanwhile, antlerless deer in most areas will far outnumber bucks, especially mature bucks, and in that same Wisconsin study area, 20 percent of all does were also CWD positive. Again, for argument’s sake, we’ll say there are 10 does (a way-conservative figure) in that same imaginary block. With a 20 percent prevalence rate that’s…yup, two animals.

A strategy that focuses more pressure on bucks than does makes no sense for mitigating CWD. But there’s more to it than just that. When regs have the potential to wipe out a large portion of an area’s mature bucks, you risk losing hunters who have spent years managing for a more balanced deer herd. And without hunters, there is no strategy.

By the way, the same goes generally for the idea of killing your way out of CWD. It may produce some short-term results, but I’m not convinced it works in the long run. After all, who will be the deer managers when hunters get fed up and call it quits. Teaching us to live with CWD seems a more sensible strategy than a wholesale slaughter to “reduce prevalence.” I can buy targeting problem areas with intensive harvests for a short time, but too often—and I know this from personal experience—regs are instituted over multiple management units or counties, often for several years. These long-term blitzes might result in a slight drop in CWD prevalence. They might also result in a drop in hunter prevalence.

Initially, this one made sense to me; deer farms have been linked to CWD on a pretty startling basis, so why introduce urine (or any whitetail byproduct) from those farms into a wild herd? Except for the fact that many producers have CWD-free herds and can prove it. And the recent development of a test that can ensure urine contains no prions should give game agencies, and hunters, a reasonable assurance that manufacturers aren’t bottling CWD-tainted pee.

The thing that really gets my goat, though, is the proposition that using pee in a mock scrape or on a drag rag (or any application, really) is somehow going to result in unnatural concentrations of deer and result in faster disease spread. Come on, people. Deer are social animals that gather naturally and frequently at all sorts of places, from farm fields and food plots to water holes, scrapes, trails, and funnels. The notion that a few drops of pee at a certain spot is going to exacerbate the maddening trait of whitetails to want to be together strikes me as ridiculous.

I don’t mind doing my part as a hunter, but I think asking us to follow only common-sense rules backed by science—and this ain’t one—is the best course. Hunters need to be confident in their state agency’s ability to make sensible rules.

3. Not Asking Deer Farmers To Do More

Let me start by saying that one of my best friends is a deer farmer. He and his family run an absolutely class operation, where they love and care for their whitetails as much as any dairy farmer tending his Holsteins. Moreover they have, and I suspect will maintain, a CWD-free herd. It may shock some of us to know that there are plenty of deer farms out there that are run well and safely. I don’t know many deer hunters who want to see those operations shut down, and I’m certainly not one of them.

But there are plenty of other facilities playing fast and loose with the rules—namely laws that require (or should require) double fencing, that limit or ban transport, and that regulate disposal of carcasses. There are some absolute outlaws polluting the ranks of honest and law-abiding deer farmers, and the industry should either regulate itself legitimately or fall under the supervision of an agency that inspects facilities frequently and visits the wrath of Big Government on any farm that breaks rules.

I’m not picking on deer farmers, I’m asking them to do their part. The value of hunting wild deer to the economy, not to mention the budget of state game agencies, is simply on another planet compared to the captive deer industry. Deer farmers who transport sick deer, dispose of carcasses improperly, and fail to maintain adequate fencing threaten deer hunting as we know it, and we literally can’t afford for them to continue operating.

A while back, I attended a meeting on CWD hosted by area game managers and featuring a disease expert. Part of the talk was focused on new rules hunters were expected to obey—mandatory testing, carcass transport rules, disposal sites for positive critters—and while these laws seemed legitimate, they obviously put a big burden on hunters. During the question/answer portion of the meeting I asked “What additional rules are deer farmers being asked to follow?” Crickets chirped for many minutes before we got an evasive response. To be fair, until recently our state agency didn’t regulate captive deer, but why would the DNR not be fully aware of the laws governing an industry that could affect wildlife? Hunters deserve answers about questions like these, as well as an assurance that we’re not the only ones rowing the boat.