Thousands of Dead Perch Wash Up in Lake Michigan 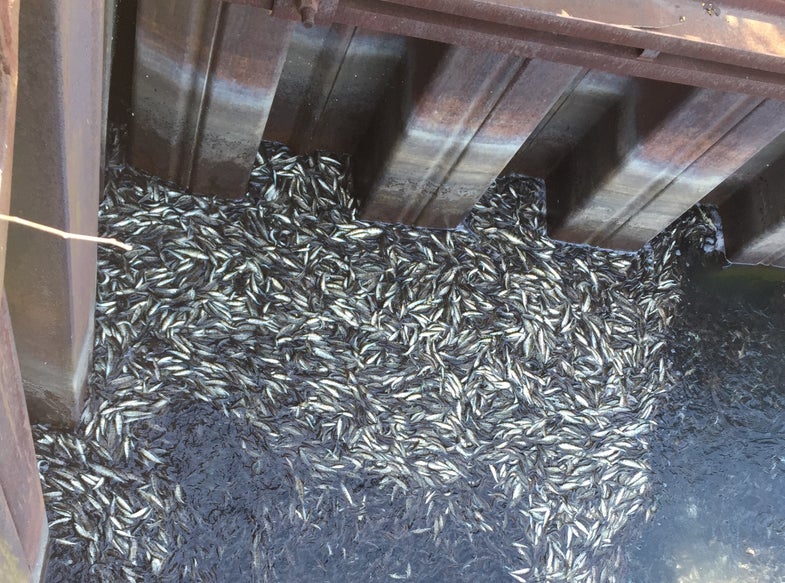 The Illinois DNR stated that the perch pileup was caused by cooler, deeper water moving upwards, pushing the fish to the surface.. Courtesy of Illinois DNR
SHARE

CBS Chicago reports that anglers found the dead fish at an old dock, a popular local fishing spot. Photos of the scene were then passed on to the Illinois Department of Natural Resources for investigation. Meanwhile, gulls and fish-eating ducks quickly devoured the perch, cleaning up the mess. But though the fish may be gone, the mystery of their deaths remains.

According to WGN, authorities believe a phenomenon known as upwelling, or turnover, may be to blame for the die-off. Upwelling occurs when deep, cold water rises to the surface, displacing the warmer, nutrient-depleted water above. As the cold water ascends, fish are often drawn upward as well, which may explain why the perch surfaced.

Upwellings are not necessarily bad, since the cold water is often nutrient-rich and fertilizes the surface water. The Michigan Department of Natural Resources notes, however, that spring upwellings can put additional stresses on and kill fish if they’re already weakened from a tough winter. Parasites and disease can also cause seasonal fish kills, according to the DNR.