The Imminent Death of the Waters of the U.S. Rule

In times of rapid and radical change, unless there is overt violence from which one must protect oneself and family,... 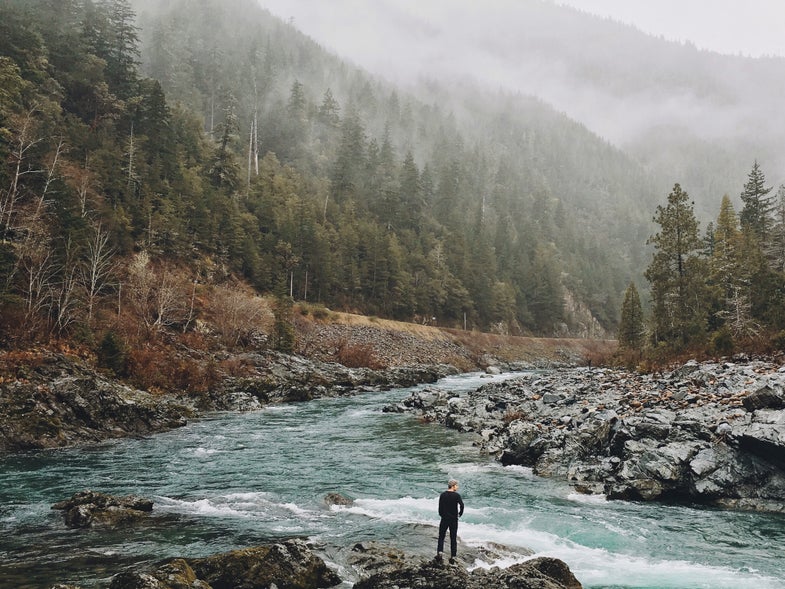 In times of rapid and radical change, unless there is overt violence from which one must protect oneself and family, the only real positive action is to wait and see what becomes truly threatening and what is merely smoke and bloviation.

On the last day of February, my phone and email and social media accounts began to light up with the news that President Trump had signed another executive order, this one to “get rid of the Waters of the U.S. Rule” which will “destroy the Clean Water Act” and open the door for an American descent into a kind of new wave Chinese-level hell of pollution, fish kills, dead rivers, and blue ruin.

First, let’s look at the Waters of the U.S. Rule, the one that President Trump, while signing the executive order to force the EPA and the U.S. Army Corps of Engineers to review it (and almost certainly to toss it out), called “a disaster,” “very destructive and horrible,” and “a massive power grab,” a “horrible, horrible rule.”

In 2001 a solid waste disposal company in southern Illinois wanted to fill in some old sand and gravel mining pits, and they were told that they were prohibited from doing so by the Clean Water Act. In 2006, a Michigan real estate developer named John Rapanos filled in wetlands to build a shopping mall, and was cited for violations of the Clean Water Act. Both the waste disposal company and John Rapanos appealed their cases all the way to the U.S. Supreme Court, which ruled in their favor. (We wrote about it in 2011.)

The Supreme Court rulings gave the Clean Water Act a shave and haircut, high and tight, and right down to the blood in places. Basically the Supremes ruled that the Clean Water Act applied only to “navigable waterways”—not the headwaters streams, wetlands, seasonal creeks or prairie potholes to which it had, over the years, come to be applied.

People who follow such things (it is estimated that only 2 percent of our population knows anything about the Clean Water Act, its history, or what it covers or does not) were slackjawed with astonishment. And well they should be. While the two Supreme Court decisions certainly declared that the waters in question were not protected by the law, nobody seemed to know what waters were protected. Confusion reigned.

The Federal Water Pollution Control Act of 1972, now known as the Clean Water Act, is one of the single-most successful acts of environmental regulation in the history of the planet. The stated goal of the Act was uniquely American in its boldness: for all waterways in the U.S. to be “fishable and swimmable” by 1985. Although we never quite made that goal, about half our major waterways are now, indeed, fishable and swimmable. To cite only one example, Lake Erie (though having troubles again now) was declared dead only 50 years ago and has since recovered to become a major fishery, tourist destination, and real estate market.

“Fishable” pertains to America’s 60 million anglers, who are responsible for $48 million in retail sales and contribute $115 billion to the U.S. economy. There are an estimated 828,000 jobs directly related to the sportfishing industry.

Beyond the giant economic benefit of having places for fishermen to catch fish, the amount of money saved by having reasonably clean drinking water supplies for the citizenry is incalculable. How can you calculate the value of taking your kids swimming at a local river or lake, something that is not commonly done in other countries now?

It is safe to say that, if you are reading this story, you have benefitted from the Clean Water Act.

In the wake of the two Supreme Court decisions, people asked, logically enough, how “navigable waterways” could be protected if the tributaries and wetlands and headwaters creeks that create them were not? The idea that they could be was and is, as ludicrous as saying that as long as we protect our hearts and major arteries, we can freely inject various poisons into the veins of our extremities and all will be well. But such was the Supreme Court ruling. The court did not say that these critical water resources were not worthy of protection, only that the Clean Water Act, as written, did not apply to them.

The attempted solution was a bill called the Clean Water Restoration Act of 2007, introduced by Rep. Jim Oberstar of Minnesota, which reaffirmed the jurisdiction of the EPA and the U.S. Army Corps of Engineers over the Waters of the US: “defined to mean all waters subject to the ebb and flow of the tide, the territorial seas, and all interstate and intrastate waters and their tributaries, including lakes, rivers, streams (including intermittent streams), mudflats, sandflats, wetlands, sloughs, prairie potholes, wet meadows, playa lakes, natural ponds, and all impoundments of the foregoing, to the fullest extent that these waters, or activities affecting them, are subject to the legislative power of Congress under the Constitution.”

Here is the entire bill.

The Clean Water Restoration Act had plenty of support from conservation groups and many hunters and anglers, as well as from a wide range of organizations dealing with water resources. But the bill never passed. Too many people felt that it was too broad, and gave the EPA and the Corps of Engineers too much power, especially over waters on private lands.

There was a tsunami of opposition, perhaps one of the first and best-orchestrated national campaigns against a federal environmental law or rule ever seen. And the movement kept building, long after the bill was dead, with everybody from the libertarian Cato Institute (formerly known as the Charles Koch Foundation) to conservative wildman Glenn Beck piling on (Beck claimed, with his usual histrionics fully engaged, that the bill would allow the federal government to “control everything but your birdbath.”

By far the most powerful entity to attack the Clean Water Restoration Act, and what has become known as the Waters of the U.S. Rule, was the American Farm Bureau Federation, which led the charge, saying, “The rule will give the agencies sweeping new authority to regulate land use, which they may exercise at will, or at the whim of a citizen plaintiff.”

For the past several years the battle for the hearts and minds of Americans has raged. The American Farm Bureau sponsored the massive “Ditch the Rule!” campaign (playing off their claim that the Waters of the U.S. Rule will regulate every ditch on every farm) while the EPA countered with a “Ditch the Myth!” campaign, insisting that the fears of federal overreach in enforcing the rule on private lands were baseless and that the new rule would do exactly what Congress had been asking the EPA and the Corps of Engineers to do for over a decade: define exactly what was and was not protected under the Clean Water Act.

In August of 2015, drawing on over 1200 scientific studies proving what almost any junior high school student could tell you (that protected wetlands and tributaries are essential to the health of navigable waters), the EPA finalized the Waters of the U.S. Rule, noting carefully that it was not a regulation, but a way of defining which waters in the U.S. were subject to the Clean Water Act. A barrage of litigation (13 states sued immediately) halted the rule in its tracks. The rule has never been implemented.

That is the rule that President Trump issued his latest Executive Order to review. It will almost certainly be thrown out. What will replace it? Leading conservation groups call on the Trump Administration to step up with solutions.

In all the years since the Clean Water Restoration Act died in Congress, politicians have railed and blustered against the EPA’s “overreach” in protecting water resources and wetlands (and sometimes the courts agreed, as in the famous Priest Lake, Idaho, case.).

As far as I know, not one of the most vocal political blusterers against the Waters of the U.S. Rule has come forth with any plan to protect America’s remaining wetlands or the tributary creeks that create our rivers and lakes. Oklahoma Senator James Inhofe and Wyoming’s Senator John Barrasso, who flanked President Trump as he wrote his executive order to review the rule, have not, as far as I know, offered any plans of their own for protecting tributaries or wetlands.

Flamboyant talkers and campaigners rallying us all under the banner of private property rights—something we can all agree on—have neglected to address how we should proceed in protecting the most basic water resources that underlie most of our property values and quality of life and flow from one property to the next and on and on downstream.

The abandonment of the Waters of the U.S. Rule is real. A majority of the people of the nation has spoken, and they have said that they do not trust the federal government to fairly and reasonably protect these resources. That does not mean that we will now descend into poison and blue ruin, that our sons and daughters will never fish the rivers and lakes we love. But it does mean that we better come up with new solutions to protecting our waters, and we must do that now.

For now, the Waters of the U.S. Rule is probably dead. In subsequent posts here, we will explore how we American hunters and fishermen and other citizens can find, create, and demand new ways to protect the water resources that we refuse to surrender. We must not lower our expectations.