This Land Was Your Land

Why the battle over public lands is one sportsmen must win 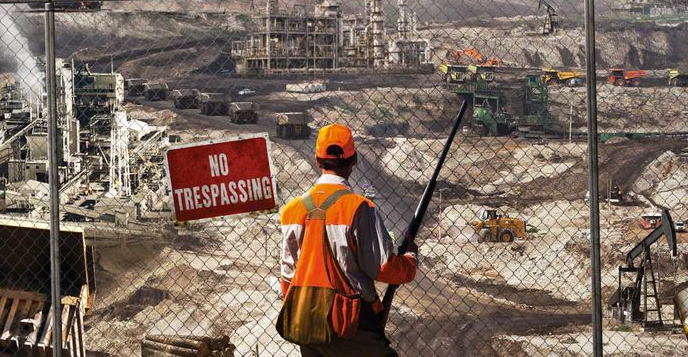 The future of hunting and fishing is under attack. States are trying to wrench control of public lands from the federal government in order to drill, mine, sell off, and—ultimately—steal our national sporting heritage. Here’s why public lands must remain in public hands

Why shouldn’t states take control of federal public lands? This chart shows how states already boot sportsmen off areas they manage. No one knows the terms of future transfers, but if the past is a guide, public hunting and fishing access will be lost

Having trouble viewing the flowchart? See a larger version here.

In October 2016, Utah’s Trust Lands Administration put 3,700 acres of state property on the auction block. With no mineral or energy opportunities, the lands had little leasing potential; the state knew, however, that selling the tracts could generate a hefty sum. The lands included prime parcels, like a scenic 200-acre Cave Valley tract adjoining Zion National Park. That plot, called “the best of the best” by auctioneers, brought $1.74 million, with Under Canvas, a resort-style “glamping” company, losing a bidding war to the Lyman Family Farm, a corporation owned by Utah entrepreneur Joe Hunt.

Other tracts that sold included 1,240 acres on Diamond Mountain, home to ­Uintah County’s best big-game hunting, and a 390-​acre parcel on San Juan County’s Comb Ridge, a popular public-land access point and through which runs the Hole in the Rock Trail, a historic route of Mormon pioneers. Hunt’s “family farm” also bought the Comb Ridge property and quickly gated the access road. Local communities and conservation groups protested the Comb Ridge sale, but there was nothing they could do. If states can generate more revenue through selling property than by retaining and leasing it, then that’s what they will do.

All told, the state netted $5.52 million from the auction, with the Lyman Family Farm buying seven of the 12 parcels. Since its incorporation in 2014, the company has purchased roughly half of the Utah tracts up for auction, 19 of which had significant archaeological, hunting, or scenic value, or provided access to federal public lands. None of the parcels had agricultural potential, so no one knows the reason for the purchases. What is clear, however, is that there’s no shortage of buyers happy to take public lands off of our hands. —H.H.

Law of the Land

Transfer proponents have claimed that the federal government lacks the constitutional authority to own public lands. Professor Mark Squillace, the director of the University of Colorado Natural Resources Law Center, makes clear, however, that the Constitution’s Property Clause affords Congress full authority to do just that. He also notes that, upon entering the Union, Western territories agreed to acts relinquishing their right to claim public lands not set aside for them at statehood. “The notion that the states should have the authority to essentially have those lands revert to them is not anywhere in these enabling acts,” he says. So, in short, ignore what the Bundys say: Without a congressional decision, the federal government has full authority to retain public lands, for all people. —J.P.

Acres of public land managed by the federal government: 640 million

Total acres of federal land that were entrusted to the 48 contiguous states: 156 million

Acres of those public-trust lands that states have sold: 110 million, or 70%

Acres of those public-trust lands sold by Western states: 34 million

Sportsmen seldom enjoy the same freedoms on state lands as they do on federal property. Here’s how some states limit your use

Lay of the Land

What’s at stake in the ­public-lands battle? Here’s a breakdown of all the ­federal land left in the U.S., nearly all of which could be sold off if transferred, and the percentage that it composes of each state

Having trouble viewing the map? See a larger version here.

Montana has largely opposed a federal-lands transfer and retains 88 percent of its public-trust land—more than any other state.

Nevada stands to gain the most from a lands transfer, since federal land composes 85 percent of the state. What’s more, Nevada has liquidated 99 percent of the lands granted to it at statehood, the worst record in the nation.

Texas has only 3 million acres of federal land, and has sold 41 million acres, or 98 percent, of the state land set aside for the public.

Pennsylvania has a whopping 970,000 hunting-­license holders. A transfer could boot them from the state’s mere 617,000 acres of federal public land. —J.R.S.

This is your fight. Don’t be fooled. If you live outside the West, don’t assume that the efforts to transfer, and inevitably sell, our vast public lands isn’t any of your business. What happens in Vegas, this time around, won’t stay in Vegas. This crazy idea to transfer public lands will gain traction in the Midwest, and the East, and the North, from sea to shining sea.

The federal government owns only 4 percent of lands east of the Mississippi River, but that 4 percent includes, for starters, 1.25 million acres of national forest in North Carolina and another 1.2 million acres in Florida. But such limited federal ownership makes the fight in the East all the more critical. Already, state legislators in at least four Eastern states—Arkansas, Georgia, Tennessee, and Virginia—have put forth resolutions favoring the public-lands transfer. The Everglades, the Ozarks, the Southern Appalachians—it’s all up for grabs.

This is your fight if public land anywhere, of any size, matters to you. This is the time to draw the line in the very dirt you own. Don’t give up a single Arkansas riverbottom, West Virginia mountain holler, or South Carolina marsh. Because if we do, we will never get it back. And America will never be the same. —T. E.N.

Of all Western states, these five have sold the highest percentage of the land entrusted to them at statehood

In January 2016, Trump, then the GOP frontrunner, told Field & Stream that he doesn’t like the idea of transferring public lands to states. “You don’t know what the state is going to do,” he said. “I mean, are they going to sell if they get into a little bit of trouble? And I don’t think it’s something that should be sold.” But will the commander in chief stick to his word? We certainly hope so. —J.R.S.

What could hunting and fishing look like should our public lands fall under state control? Turn to Europe

Our country is at a crossroads moment. If we let federal public lands be transferred to the states, most of them will be sold; there is just too much evidence to believe otherwise. But as it stands, every American hunter and fisherman can dream of someday adventuring West to experience the magnificence of our country, and do it on a shoestring if necessary, with kids in sleeping bags and ramen noodles on the campfire. This dream exists only because our public lands belong to every American, whether you live on a thousand acres or in a rented room. We are all—every U.S. citizen—invested in this, the very dirt of our nation. These lands are a bedrock institution of our country, as crucial as the Bill of Rights.

The enemies of our public lands have focused tirelessly on the conflicts over their management, never admitting that we who live in this country hold the greatest gift ever bestowed upon a people.

We can decide whether to keep the last, most powerful bastion of public hunting and fishing in the world, or to take the well-beaten path to make our country more like the nations of Europe, where hunting and fishing are reserved for the wealthy and the well connected. The time for deciding is now, before it’s too late. —H.H.