This could be one of the top B&C typical bucks shot this season. The free-range, 6×6 giant was shot on... 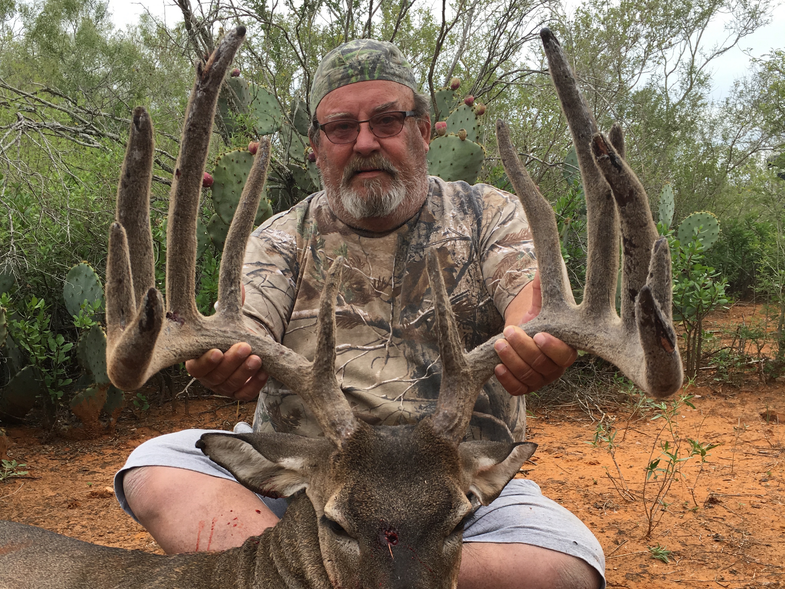 This could be one of the top B&C typical bucks shot this season. The free-range, 6×6 giant was shot on a 15,000-acre ranch in Webb County, Texas, earlier this month. I called Brent Johnson, who manages the ranch, for the details. “We’ve been watching this buck for four seasons now, and knew he was special,” Johnson recalled. “He’s at least 8 1/2 years old, and we passed him last year when he was in the 180s. We green-scored him at 198 7/8” gross, and I think he’ll net about 187 after the drying period.”

Johnson’s friend Bill Constable shot the deer. Constable was hunting under one of the ranch’s MDL (managed deer license) permits, which allows rifle hunting starting October 1. “The buck had only been seen twice last year, but we had a few daylight pics of him just before Bill’s hunt. The buck walked through about 30 minutes after daylight. Bill’s shot was in the chest but low, and we had to track the buck to where he was bedded in some thick brush. Bill’s only shot at that point was at the back of the buck’s neck, and that’s the exit hole you see in the picture.”

Johnson said that bucks in his area typically shed velvet from mid-September to early October, and he figured this buck was days away from hard horn. “It was pretty neat to finally get a crack at one like this,” Johnson said. “We have several older bucks like this on the ranch, and they’re very tough to even see. We try to let our top-end bucks get at least 5 1/2 years old before targeting them, and hunters like Bill—who can let a buck with great potential walk—are tough to find. I was as happy as he was that he could tag this old giant.”