The Move Against National Monuments Is Another Threat to National Lands

Turns out death and taxes are not the only certainties in life. We now have a third: The drive to... 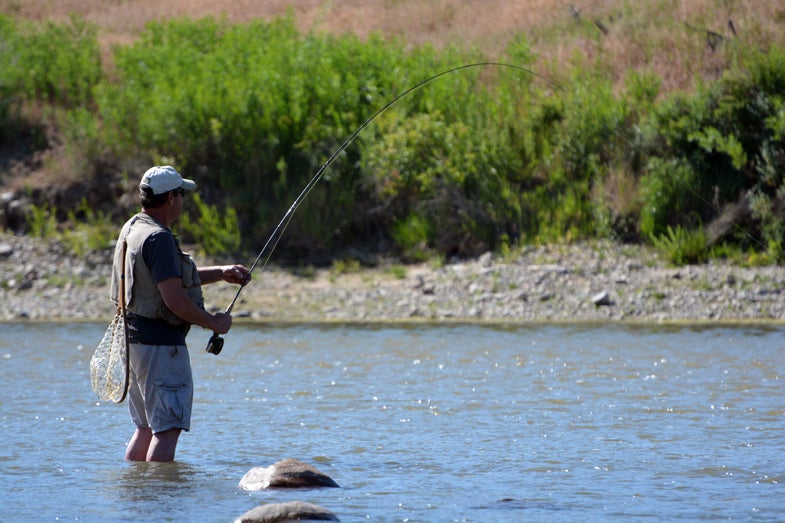 Turns out death and taxes are not the only certainties in life. We now have a third: The drive to privatize the public lands essential to outdoors recreation will never end.

The latest example is President Trump’s executive order for the Department of Interior to review all national monuments established in the past 20 years. The president and his congressional supporters—in this case mostly Western GOP representatives—have tried to paint the establishment of monuments as an “egregious” land grab instituted by left-wingers who want to lock up most of the West.

Nothing could be further from the truth.

First, this isn’t stealing private property. Monuments can only be declared for properties already owned by the nation.

Second, it does not stop current resource development. While new leases cannot be granted, all mining, ranching, drilling, or logging already underway continues.

Third, polls such as this one by Colorado College show that the overwhelming majority of Americans—especially those who live in the West—oppose transferring ownership of public lands, and want them protected and properly managed for recreation.

This is especially true of sportsmen. That move prompted quick opposition from sportsmen’s groups, including Trout Unlimited, Backcountry Hunters and Anglers, the American Fly Fishing Trade Association, and the National Wildlife Federation.

“The process outlined in this executive order starts us down a path that could jeopardize protected public lands important for hunters and anglers, such as Berryessa Snow Mountain and Rio Grande del Norte National Monument,” said Corey Fisher, senior policy director for Trout Unlimited’s Sportsmen’s Conservation Project. “These are places that sportsmen and women have worked tirelessly to protect. Hunters and anglers will watch this review carefully and strongly oppose any efforts to roll back national monuments.”

It’s true that establishing National Monuments does not need Congress approval. Presidents can use the Antiquities Act to create these designations to prevent development and destruction of important natural, historic, and cultural sites. Since President Theodore Roosevelt first used the Antiquities Act to create Devil’s Tower Monument, in Wyoming, it has been employed by 16 presidents of both parties about 190 times.

Again, President Trump’s order does not cover all National Monuments ever created, just those enshrined over the past 20 years. And—surprise!—those just happen to be, by and large, in 10 Western states. So it’s no surprise this move has the support of the same group of mainly Western GOP politicians who are pushing bills to transfer National Forest Service and Bureau of Land Management lands, which make outdoor recreation possible, to state and private ownership. Almost every acre involved has always been our land, and we—you, me, and 300 million other Americans—have spent billions over the decades managing them for recreation, as well as for energy development and mining.

But developers and these politicians want them anyway—and, usually, for free.

Given that support among Western congressmen (which, by the way, is not shared by their constituents—see the poll above), sportsmen will be looking to one of their own for help: Department of Interior Secretary Ryan Zinke, the former Montana congressman, who had pledged not to support the transfer of national lands to states or private interests.

But Zinke’s initial comments—albeit in a press conference with the president—were not encouraging. “We feel that the public, the people that monuments affect, should be considered and that is why the President is asking for a review of the monuments designated in the last 20 years,” Zinke said, adding that he believes the review is “long overdue.”

Well, “the people” Zinke is talking about are not oil, gas, mining, and timber companies. Polls in the states where these monuments exist show that the people have already voiced their opinions: They like them, they want the property protected from development—and made safe for recreation.

This is shaping up to be another long fight to protect our national lands from being given away.

But what did you expect? To live forever and not pay taxes?

RELATED: This Land Was Your Land