It’s Oscar season, and while one of my favorites, “Hell or High Water’” received four nominations, others were snubbed, most... 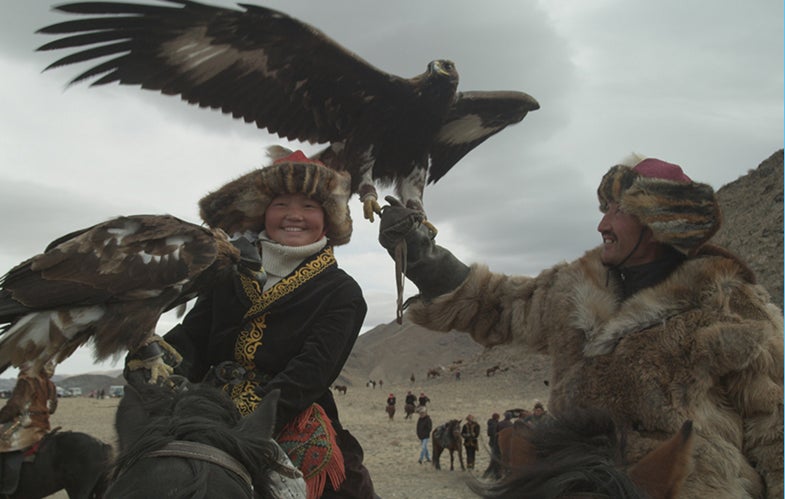 It’s Oscar season, and while one of my favorites, “Hell or High Water’” received four nominations, others were snubbed, most notably “The Eagle Huntress.” The “Eagle Huntress” is one of the best movies about hunting (granted, that’s a short list that pretty much begins and ends with “Jeremiah Johnson” and a couple others) ever.

It’s a documentary telling the story of Aisholpan Nurgaiv, a 13-year-old Kazakh girl born into a family of nomads in which the men have hunted with golden eagles for generations. With the help of her father, Nurgaiv Rys, Aisholpan catches and trains her own eagle, competes in the prestigious eagle festival, then goes on a fox hunt in the Altai mountains of Mongolia.

Watching Aisholpan’s father—himself a champion eagle hunter—teach his daughter the ways of eagle hunting is both completely familiar to anyone who has taught a son or daughter to hunt, yet also completely foreign. Aisholpan and her father relate exactly as we would with our kids (or as we hope we would; he is a model dad). The difference is, we don’t tie ropes around our childrens’ waists and lower them down rocky hillsides to catch their own eaglets.

The details of eagle hunting are fascinating. There are only a few days when eaglets are big enough to leave the nest but can’t yet fly, so the hunters watch and wait before trying to catch a bird, then catch it in a blanket and take it from the nest. They train the birds and keep them for eight years, then return them to the wild. In fact, the movie begins with Nurgaiv Rys riding a tiny Mongolian pony up a mountain with a sheep tied to the saddle and an eagle on his arm. He kills the sheep and leaves it as food for his eagle, then rides back down the mountain without the bird. There are about 250 eagle hunters left in Mongolia. They hunt only for foxes in the winter, and use the pelts to make fur coats and hats. A fox may or may not be harmed at the end of the movie.

By and large, “The Eagle Huntress” has received rave reviews. It is beautifully shot, both conventionally and with drones and GoPros, the Mongolian mountain setting has a dusty or snowy grandeur, depending on the season and the story of a young girl’s journey to realize her dream is irresistible. Critics point out that the girl power aspect is overplayed and a little westernized, complete with the song “Angel by the Wings” by pop star Sia and that there isn’t as much resistance to girls becoming eagle hunters as the movie shows. Other Kazakh women have been eagle hunters in the past, and the presentation of Aisholpan as a pioneer fighting against sexism isn’t quite accurate. But, girl power brings people to the theater in a way that a movie about fox hunting with eagles might not. Certainly, when I saw it there were lots of families with young daughters in attendance. Whether those girls are now asking for an eagle to go with the pony they have always wanted, I don’t know, but it was good to see them there watching a movie about hunting.