New research suggests that you don’t need to study the moon before heading out to hunt whitetail this season. The... 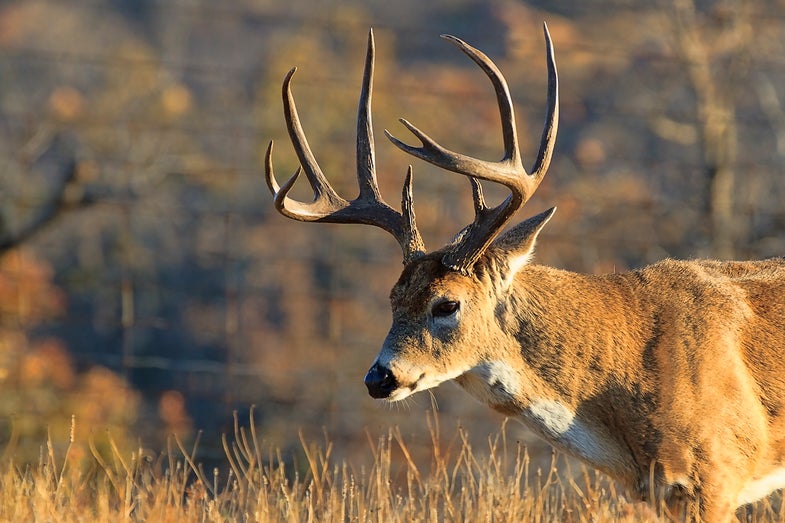 A whitetail moves through a field in Southwest Oklahoma.. Via Flickr/Larry Smith
SHARE

New research suggests that you don’t need to study the moon before heading out to hunt whitetail this season.

The study by the Penn State College of Agricultural Sciences refutes the long-standing belief that moon phases determine deer movement, as the Pittsburgh Post-Gazette reports. The Penn State research team arrived at this conclusion by comparing the lunar calendar with October location points for GPS-collared does in two central Pennsylvania state forests.

“As I began my analysis, my opinion was that deer activity would increase around the time of the full moon, mostly just because that is what my grandfather was always telling me,” Jessica Hepner, a Penn State Deer Forest Study undergraduate, told the Post-Gazette. “It’s always been a thought-provoking topic for me and it seems that everyone is interested in the effect that the moon has on deer.”

The effect of lunar phases? Insignificant. While the does were more active at dusk than dawn, their movements during moon phases changed little. They went less than 20 feet farther on a new moon night and about 13 feet farther during days of a partial moon. “The study found there was basically no difference,” Duane Diefenbach, Penn State adjunct professor of wildlife ecology, told reporters. “Just a couple of body lengths.”

The study offered a few other interesting findings: The does moved nearly 200 feet per hour at night and less than 165 feet per hour during the day. They moved the most, up to 450 feet, when the sun was setting or rising.

It’s worth noting that the study didn’t include bucks, and focused on does in one particular area, over just one month’s time, so the research team concedes that their findings don’t totally put to bed the question of how the moon affects whitetails. The team’s next study will track 13,000 deer locations, across a one-year span, to determine how weather and similar factors affect deer behavior, which should provide more answers.