Northeast Rut Report: Action on the Rise in New York 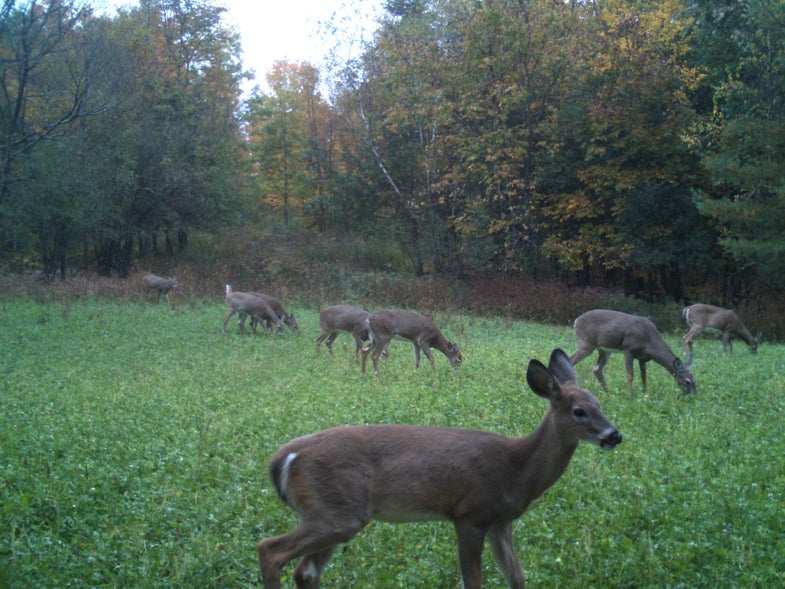 *"Things should really start to pick up this week, and bucks should become more vulnerable to calling and antler rattling as we near Halloween." *. Matt Ross
SHARE

Matt Ross, certification programs manager for the Quality Deer Management Association, filed this report from eastern New York’s Hudson River Valley: “Our apple crop is basically zero (last year was a bumper crop), and acorns are spotty. The red oak acorns hit the ground earlier than normal and deer hit them quickly. Up until this week deer have still had plenty of forage options, so narrowing down on one food source has been tough.

“The only key green woody browse available right now are briars and bush honeysuckle. The dryness of the region has been an influence as well, in terms of leaf cover/loss for some species. For example, apple trees lost their leaves about four weeks ago. Cool-season food plots (oats, clover, chicory, and brassicas) seem to be the most attractive right now. On the agriculture side, any standing corn that’s left is being hit pretty hard, but mostly in the cover of darkness.

“It’s been mild for the first three weeks of October, with temps dropping just recently; we have had just one or two frosts so far. I’m just starting to see buck sign show up, but it was limited entering this last week of October After this past cold front went through and the last big burst of leaf litter came down, scrapes opened up big time.

“Rut activity has likewise been pretty limited until recently. I’ve mostly seen sparring, but I did observe a buck bumping some does on October 24. That same buck sparred with another buck for 15 minutes. There was a stint in early October where a few hunting partners saw lone fawns, but I’m confident that wasn’t rut-related. Things should really start to pick up this week, and bucks should become more vulnerable to calling and antler rattling as we near Halloween.”