Golden Age producers made films and TV shows about gunslingers, gun designers, and guns themselves 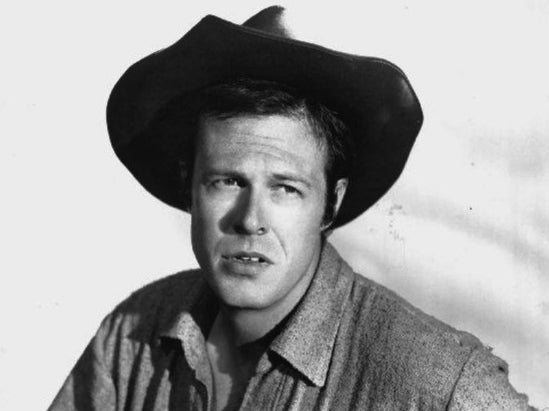 F&S contributing editor Tom McIntyre is an expert on both old Hollywood and on firearms. He emailed me recently, explaining that once upon a time Hollywood was up front about liking guns. It made movies about gun designers and guns themselves. There was Carbine Williams, in 1952, which told the story of David Marshall Williams who was sent to prison and, while in the joint, invented the M-1 Carbine. There was a 1946 film, a comedy of all things, that involved the inventor of the machine gun, Sir Hiram Maxim. (Loads of laughs in machine guns.) And, of course, there was Winchester 73 in 1950.

McIntyre points out that in the TV westerns of the 1950s, the star of every show had to have a distinctive gun. Paladin, in Have Gun, Will Travel, carried a hand-made Peacemaker with a trigger that broke at one ounce. If that wasn’t enough, he packed a Remington derringer behind his belt buckle.

Hugh O’Brian, in The Legend of Wyatt Earp, carried a Buntline Special Colt Peacemaker, which had a 12-inch barrel. Ned Buntline, a writer of bogus western thrillers, supposedly had five of these revolvers built to order and presented them to prominent Western lawmen. In reality, the Buntline Special was the invention of writer Stuart Lake, who dreamed it up for his fraudulent 1931 biography of Earp. In the TV series, Earp used the long barrel to whack bad guys upside the head. In real life, O’Brian had been a Marine Corps DI, and was probably pretty good at whacking people upside the head.

Steve McQueen, in his short-lived series Wanted: Dead or Alive, played a bounty hunter named Josh Randall who packed a Winchester Model 92 lever-action that was sawed off at the barrel and grip, and was called a Mare’s Leg. While lugging this thing around, he spent most of his time doing good deeds and neglected to shoot people, which is probably why the series only ran three years.

The people-shooting gap was filled by Chuck Connors, who starred in The Rifleman, which ran from 1958 to 1963. Lucas McCain, his character, eschewed the customary Peacemaker in favor of a Model 92 Winchester with a ring lever. This allowed him to spin the gun around one-handed, and to shoot it at a machine-gun rate.

Connors was able to make this look convincing because, in addition to being a capable actor, he was one of only 13 athletes in the history of American professional sports to have played both major league baseball (Chicago Cubs) and in the NBA (Boston Celtics). He also shot left-handed, which is a sure sign of proficiency with firearms.

In the series, he killed 120 people, usually in batches, which is about what John Wick does in a single film, but for the time, it was a fine effort.

Trackdown, which ran from 1957 to 1959, gets my vote as most underrated TV western, and the reason is a very good and little-remembered actor named Robert Culp. In the series, Culp’s character, Texas Ranger Hoby Gillman, carried a Smith & Wesson Model 3 Schofield revolver. To put this in context, no one on those shows packed anything but Colt Model 1873s and Winchester 92s. No one.

Hoby Gilllman was fictional, but in real life, lots of people carried Model 3 Schofields. The invention of a cavalry officer named George W. Schofield, it was a .44 that was adopted by the U.S. Army in 1870, and became the first cartridge-firing Army-issue handgun. Unlike the Colt Model 1873, the Schofield was a top-break design with automatic ejectors, and was much faster to reload than the Colt. There’s evidence that Wyatt Earp carried a Model 3 at the O.K. Corral. Lt. Col. Schofield himself showed his faith in the revolver by committing suicide with one in 1882.

Culp, it turns out, was a lifelong gun owner and competitive shooter, and probably told the armorer, “No, thanks, no Peacemaker for me. I want something different.”