On Tuesday, Oregon officials voted to move forward with the sale of the Elliott State Forest, a major step in... 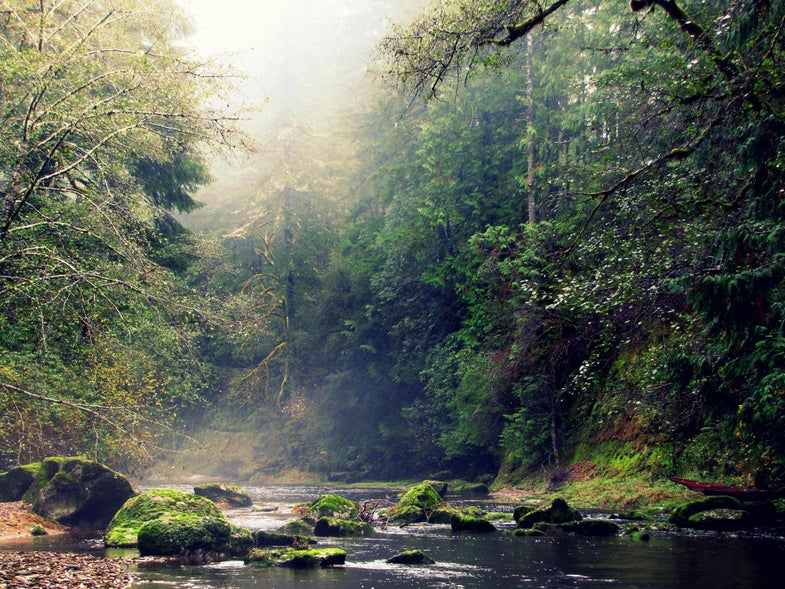 On Tuesday, Oregon officials voted to move forward with the sale of the Elliott State Forest, a major step in privatizing the 82,500-acre, and much-contested, state-owned tract.

Should officials finalize the sale, the Elliott State Forest—prized for its fishing and hunting opportunities—would be sold to a partnership between the logging company Lone Rock Timber Management and the Cow Creek Band of Umpqua Tribe of Indians for $221 million, as the Oregonian reports. The proposed deal stipulates that half of the forest remain open for public use should the sale go through, but the promise has done little to mitigate harsh criticism for the sale since it was proposed in 2015.

The Oregon State Land Board’s decision this week to proceed with the sale foils Governor Kate Brown’s recently announced plan to keep the forest in state control. State Treasurer Tobias Read and Secretary of State Dennis Richardson—who, along with Brown, comprise the board—voted to advance the sale, with a new amendment allowing the state to buy back a small portion of the forest.

In response to the vote, Brown said that, after hearing from hundreds of concerned residents, it was clear to her that it was in the people’s best interest for the state to maintain ownership of the forest. “Retaining the Elliott as a state asset is the proper exercise of the fiduciary responsibility of the state,” she told the Register-Guard.

Following Tuesday’s vote, an upset Brown told state lands director Jim Paul to explore other options for keeping the forest in state control. The board will meet again in April, at which time Paul will report back, or the sale could be finalized.

The Elliott State Forest is held within the state’s trust lands to generate money for schools, so it is constitutionally required to bring in revenue. The forest has been logged for decades, but since 2012, declining revenues, stemming from lawsuits that have curbed timber production, coupled with management costs, have put the state in the position to liquidate the property. Conservation and sportsmen groups opposed to the federal transfer of public lands have pointed to the Elliott deal as an example of state mismanagement and as further proof for how the transfer would ultimately lead to the privatization of public lands.

The Oregonian notes that the three members of the Land Board had received campaign contributions totaling $89,000 from the group looking to buy the forest.