Are BB Guns Good for Hunting?

We take a look at ballistics to determine if BB guns are good for hunting. 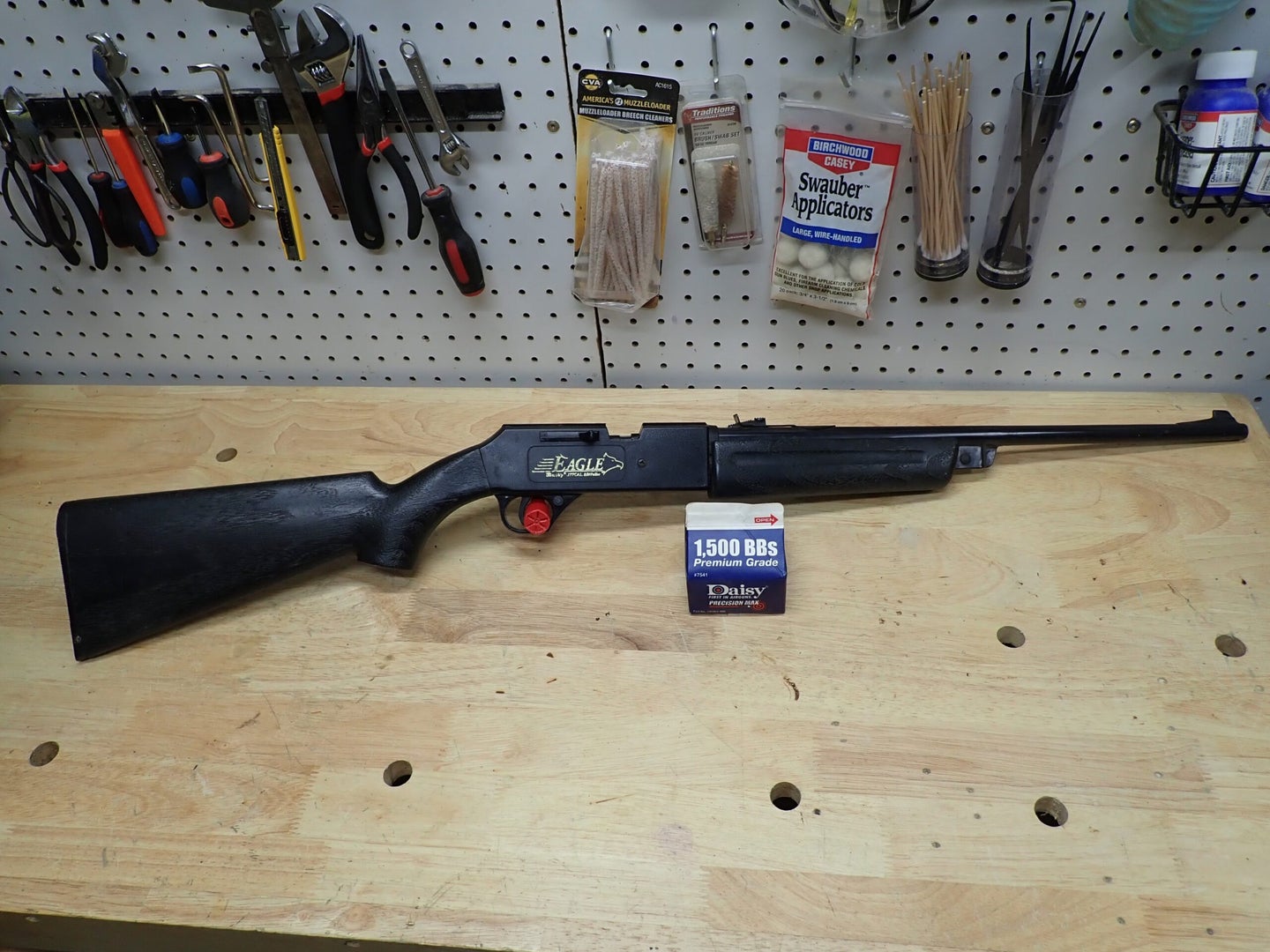 BB guns have been woven into the fabric of American culture since the days of spaghetti Westerns and Saturday morning cartoons. They have served as a tool to introduce youngsters to firearm safety, been responsible for countless hours of backyard fun, and even given many competitive shooters their start. Ask any adult at the shooting range if they have ever sent any BBs downrange and odds are they’ll answer with a yes and smile. But are BB guns good for hunting?

Are BB Guns Good for Hunting?

To answer that question effectively we need to look at ballistics. BBs are usually listed as .177 caliber, but they are actually about 4.4mm in diameter. They are normally made of steel, which is lightweight when compared to denser metals like lead. This gives the average BB a weight of around 5.1 grains.

A high-powered BB gun can propel a BB at about 750 feet per second. A 5.1 grain projectile moving at that speed has around 6.3 foot-pounds of energy when it leaves the muzzle. This drops off very quickly, owing to the lightweight nature of the projectile. Even only 10 yards away, the energy that projectile possessed has dropped significantly.

Unfortunately, BB guns don’t produce enough energy for hunting. You should consider about 11 foot-pounds of energy the minimum to humanely take game such as squirrels and rabbits. Even the best BB gun models just aren’t capable of that. You can use them for pest control, such as mice around the barn and starlings in the garden, but look for a more potent tool for air rifle hunting.

BB guns don’t exhibit the same degree of accuracy that pellet guns are capable of. Because it is so hard, steel doesn’t deform like lead does. This means that it can’t engage the rifling inside a barrel, so it doesn’t take on the spin it needs to be stabilized in flight. (This is why dedicated BB guns have smooth barrels.) So, there is a greater potential for the BB to pitch and yaw once it exists the barrel.

Recently, some BB gun manufacturers have adapted “hop up” technology from the airsoft world to help stabilize the steel sphere. To accomplish this, a rubber finger or band contacts the BB as it moves through the barrel and imparts back spin. It increases the BB’s stability, but does so at the expense of speed, slowing its progress. This further robs the BB of energy.

Most pellets exhibit a so-called diablo shape, which is almost hourglass in nature. They have a heavy, solid head and a hollow rear shirt separated by a narrow waist. This shape helps the pellet fly true, with the tail almost acting like the vanes on an arrow. Coupled with some spin from a rifled barrel, pellets can be surprisingly accurate to 50 yards and beyond in the right hands.

Even if a BB were traveling fast enough, and had enough energy to penetrate an animal’s skin, the damage is minimal. Because a BB isn’t malleable, it doesn’t transfer energy efficiently. It will just pass right through, creating a limited wound channel that can cause the animal to perish slowly.

When a softer projectile, such as a pellet or a bullet, strikes an animal it mushrooms. This spreads the force of the impact over a greater area and creates a larger wound channel. It also limits penetration and helps keep the pellet from passing through the animal. This dispatches it much more quickly.

Pellets, even ones of similar diameter to BBs, carry more energy downrange with them. A .177 caliber pellet is about 4.5mm in diameter, or just a hair bigger than a BB. But because they are made of denser materials, they weigh significantly more. A typical pellet is double the weight of a BB, and some are three times heavier. More mass equates to more stored energy.

Additionally, pellet guns are capable of faster speeds. Exactly how fast varies with the model and what they use for propulsion, but 800 feet per second is usually the baseline and it goes up from there. You can probably consider 1,000 fps to be average, with some pushing pellets at 1,400 fps or higher—way faster than the typical Walmart BB gun.

Using the same formula from above, we find that a 10.6 grain pellet moving at 1,000 fps delivers 23.5 foot-pounds of energy. This will give you enough power to take squirrels and rabbits out to 30 yards with a well-placed shot. Upping the caliber increases the mass of the projectile, which nets you more energy, assuming that the speeds are kept similar. You can even take big game with a large enough pellet.

Q: What is the best rifle for all-around hunting?

If there was one rifle suitable for all types of hunting, gun safes would be much emptier than they are now. Each caliber has been developed to fill a certain role, offering a combination of powder and lead tailored to excel at a particular task. You wouldn’t take a dangerous game rifle on a fox hunt and you might not come home if you took your varmint gun on safari.

The same goes for air rifles. Just like with rim- and centerfire rifles, you have to match the caliber to the size of your quarry. But if you are pursuing small game such as squirrels and rabbits, you would be well-served with a .22 caliber rifle capable of producing at least 12 foot-pounds of energy at the muzzle.

There is some debate as to whether or not a centerfire .22 round, such as the .223, has enough energy to take a deer. This question has been argued in diners and dive bars for decades, without any clear consensus. The confusion continues at the state level, with some allowing its use and others forbidding it. Though it should be noted that where permitted, many deer are taken with the .223.

If you’re talking about air rifles, the answer is much more straightforward. A .22-caliber pellet is much smaller than its centerfire counterpart, and lacks the necessary punch to reliably drop deer. If you want to pursue big game with an air rifle, you first need to check your state’s game laws. Then, get a .30 caliber or larger air gun. Make sure it’s capable of putting out 200 foot-pounds of energy, or more for good measure.

In short, no. Even pushed at the fastest speeds possible, a .177 caliber pellet lacks the energy needed to ethically take a coyote. I’ve heard of coyotes killed with .25 caliber air guns, but even those are probably still a little on the light side. If you were serious about hunting coyotes with an air rifle, look at .30 caliber models that can produce 100 foot-pounds of energy or more.

So, Are BB Guns Good for Hunting?

BB guns are a lot of fun. They are a valuable tool to teach gun safety. The right models can serve as valuable training aids to build muscle memory that can transfer to a firearm. They can even serve as an introduction to competitive shooting. But even the best BB gun is a poor choice for hunting. If you are looking for a hunting air rifle, pick one that shoots pellets instead.