Searching for a great first hunting bow that’s affordable and will last for years? Then the Bear Archery Cruzer G2 is worth a hard look 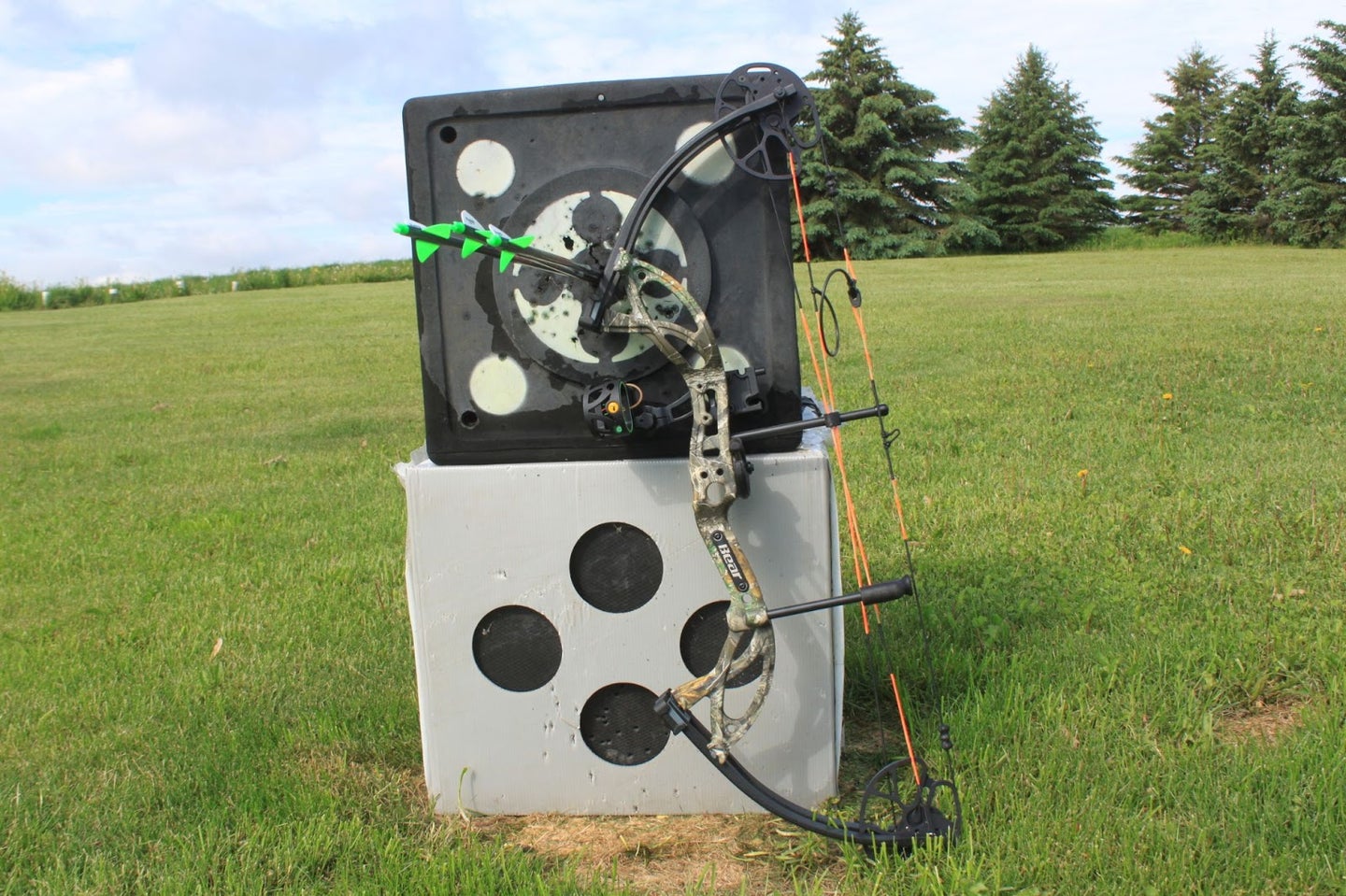 The Bear Cruzer G2 is a perfect compound bow for beginners.
SHARE

Leave it to one of America’s oldest and most respected bow companies to build a compound bow that a barely-able-to-draw tot can handle—and yet that same bow can grow with that tiny shooter until he gets serious about shooting and hunting. That’s what Bear Archery did when they introduced the Cruzer years back. While the design and components have been tweaked and upgraded, the basic concepts of that first Cruzer live on in the Bear Cruzer G2 bow. It is one of the best beginner compound bow options available today.

Need proof of the Cruzer’s mettle? Of the dozens of models and millions of bows produced by Bear Archery since 1933, the Bear Cruzer G2 is one of the company’s top-selling bows. Ever.

What Kind of Compound Bow Is the Bear Cruzer G2

Let’s be honest: It’s impossible to build a bow that will satisfy every shooter. But Bear comes close to it with the Cruzer. Seriously, I’ve coached a few kids in their first archery steps, and no matter how small they were, virtually all of them could pull 5 pounds on a 12-inch draw. Those are the bottom-end specs on this bow. Thanks to a cool cam system that allows you to bump up settings incrementally, the Bear Cruzer G2 can “grow” with a young shooter as their arms strengthen and lengthen.

But don’t be fooled into thinking this is some kid’s toy. With a max poundage of 70 and a dual-cam system that delivers plenty of speed, the Bear Cruzer G2 is more than enough bow for all but the most serious hunters. Even better, the package includes six quality Trophy Ridge accessories (sight, rest, stabilizer and sling, peep sight, quiver, and string loop), some of which I employ on my personal deer hunting bow. In short, there’s plenty of serious stuff included in this setup. And most bowhunting enthusiasts would be perfectly happy to hunt critters with this compound bow for many seasons.

How We Tested the Bear Cruzer Compound Bow

I visited my good friends at Coyote Creek Gun & Archery, where bow techs gave the assembled Bear compound bow a quick once-over to make sure the accessory kit that comes with the Cruzer G2 was in good shape. We did a quick paper-tune to ensure straight arrow flight, and I purchased six Victory VForce Sport 400 arrows and a half-dozen 100-grain field points. Then it was out the door to do some more serious shooting.

Back home, I set up my annual backyard 3-D course, which consists of two Block targets and three 3-D critters that allowed me to shoot at ranges from 10 to 35 yards, as well as elevation (my deck, which offers a great tree-stand view). I spent a pair of pleasant, late-spring evenings putting the Cruzer G2 through its paces.

How the Bear Cruzer G2 Performed

Advertised IBO on the Bear Cruzer G2 is 315 fps. But I knew I would not get anywhere close to that with my 28 ½-inch draw and the bow set to 55 pounds. Still, my 400-grain arrows were plenty fast and penetrated well out to my max testing range of 35 yards. I will be testing several budget bows in the weeks ahead, and I suspect the Bear Cruzer G2 will be among the fastest compound bows, thanks to the two-cam system.

I shot the Bear Cruzer G2 at 55 pounds. At that weight, I had zero problems with the draw cycle and found it about as pleasant as possible for a two-cam bow. That said, the back wall felt a bit “mushy,” not my ideal feeling for the end of the draw cycle. But I’d be nit-picking to say it’s a big deal. I felt perfectly comfortable shooting this bow, and that’s saying a lot for a bow at this price point.

There was a bit of a tingle on the shot, but nothing uncomfortable, considering I was shooting 55 lbs. I did detect a little more noise than on other budget bows I’d recently tested, but again this is a dual cam bow and a little zippier. Also, there is no vibration-damping material between the split limbs. I think noise could be tamed a bit with some after-market accessories.

While there’s nothing uber-fancy happening on the Bear Cruzer G2, I didn’t expect to find ornamentation on a budget bow. Limb pockets and other essential fittings all seem solid and rugged, but the thing that stood out to me was the quality of the accessories. The Trophy Ridge four-pin sight won’t wow anyone who needs precision tuning fittings, but this rugged little sight will likely last for years. And just to sweeten the pot, this Bear compound comes with a light to illuminate pins in low-light settings or while in the confines of a blind.

Super-light compound bows tend to cause me problems and, at just a shade over three pounds—I found the Bear Cruzer G2 a tad feathery for my taste. Sure, it would be a joy to tote a lightweight compound bow through high-country elk and mule deer hunting habitat. But for 90 percent of my hunts, weight isn’t a major consideration, and a slightly heavier bow is just easier for me to hold well and aim properly.

What This Bow Does Best

I consider any bow in the $500 range a “budget” model, but with prices creeping up in all things archery, I’ve been contemplating bumping that number up by a C-note. That Bear charges $420 for a bow that can take a beginner shooter into the world of serious bowhunting is remarkable. And offering a solid bow tricked out with great accessories at a reasonable price will certainly build brand loyalty—something Bear Archery has perfected. The Bear Cruzer G2 has proven the company’s commitment to growing the sport by putting quality gear in the hands of beginners, then letting them enjoy shooting for years to come.

What this Bow Does Worst

The Bear Cruzer G2 is certainly not the fastest compound bow. It’s not a fancy-looking bow, either. If owning such a model is your goal, keep shopping and bring a fatter wallet. This is a no-frills, budget bow meant to provide ease of shooting for a beginner, with the ability to morph into a serious tool for a hunter. If your goal is to win a speed war or wow your buddies at a 3-D shoot or hunting camp, I doubt the Bear Cruzer G2 is up for the task.

Does the Bear Cruzer G2 Deliver on Its Mission?

I’ve been shooting bows for more years than I sometimes care to count, and if you’d have told me a couple of decades ago someone could develop a compound bow with this kind of adjustability, I’d have said you were nuts. But here’s the Cruzer G2, a bow Bear claims “is engineered for all ages and skill levels.” I couldn’t have said it better myself.