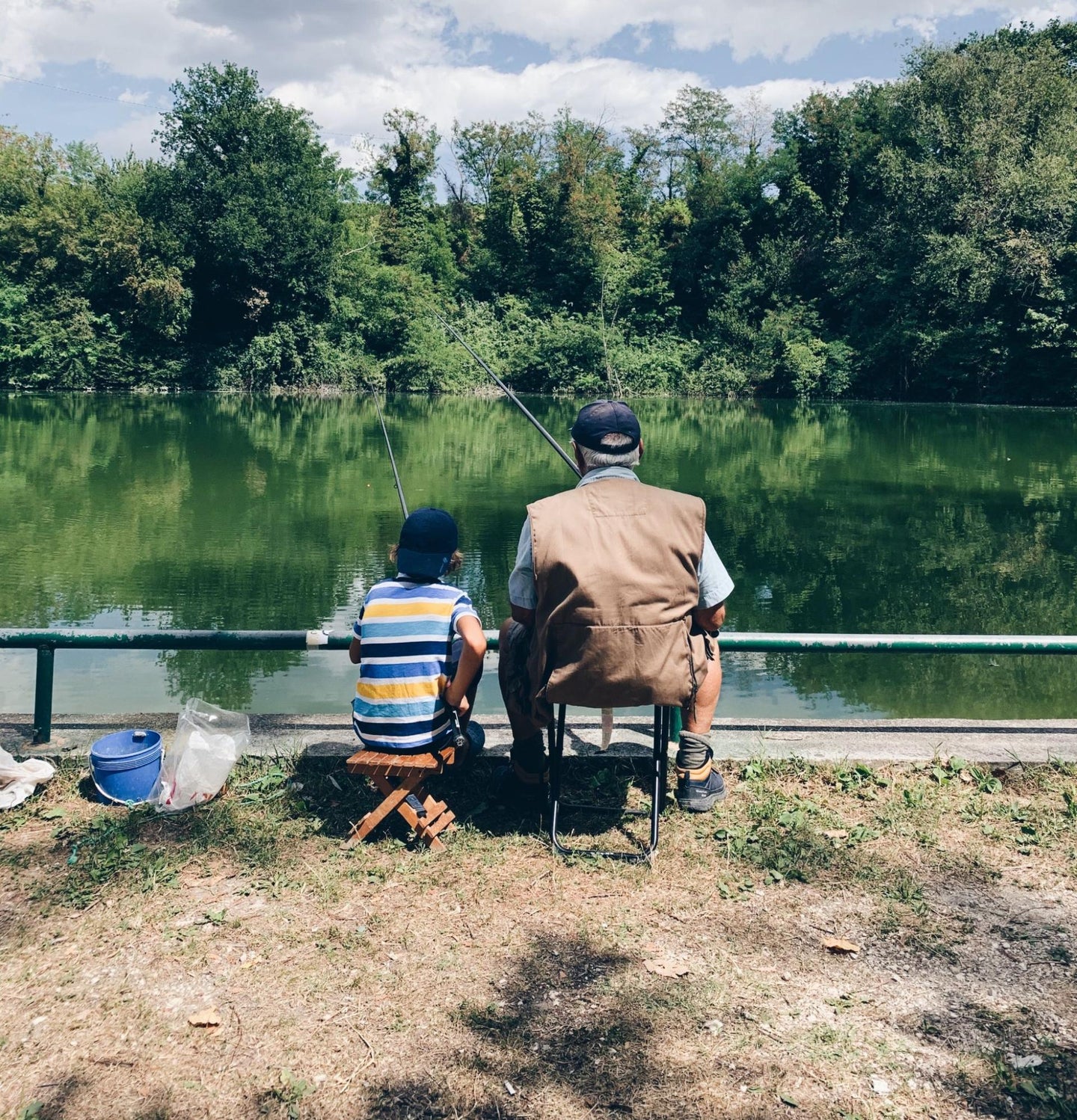 The right catfish bait can turn a day of fishing into a day of catching. Check out the best baits for nearly any conditions.

The best catfish bait for a particular species and conditions is not answered by a cut-and-dried formula. There are a wide variety of catfish in North American, inhabiting waters from small creeks to large impoundments and everything in between. Just about anywhere you live, odds are good there’s a catfish hole nearby. They’re prolific, can grow to immense proportions, and in some cases are pretty tasty.

That makes them popular, but it doesn’t necessarily make them easy to catch. If you want to consistently catch more and bigger catfish than your peers, you’ll need to use the proper bait. The best bait for channel catfish might not be the best bait for flatheads or blue catfish. Similarly, the characteristics that make a particular bait best for catfish in rivers might make it less suitable for farm ponds.

A wide variety of baits work for just about every species of catfish on occasion. They rely heavily on their olfactory sense to locate food and are often nearly-omnivorous. But that doesn’t mean they don’t occasionally discriminate. This is especially true on highly-pressured waters, or under adverse conditions. The lack of a one-size-fits-all approach to catfish bait can make choosing one difficult. Here’s what you need to know before you bait up.

While catfish can be virtually omnivorous, as noted above, that doesn’t mean one baitfish compound won’t work better than another. If your local waters are filled with giant gizzard shad, or menhaden, or clams, the catfish therein may have a distinct preference for the native diet. That doesn’t mean it’s the only thing that’ll work—after all, chicken livers are a time-tested catfish bait—but it’s a factor to consider when times get tough.

How big do the catfish in your waters grow? What species are they? A two- to three-pounder may not be able to eat the same large meals that an 80-pounder covets. On occasion, the opposite can be true, with the Goliath chowing down on bite-sized morsels. But as a general rule, you’ll want to tailor your offerings to the size of the fish as well as their usual diet.

How long will the bait hold on the hook and how quickly does it disperse? Do you dip a sponge in it or impale it on a hook? This one is a double-edged sword. On the one hand, in most situations, you’ll want to develop a scent trail. This requires some disintegration from the bait. On the other hand, by the time your quarry works its way up that trail, you want there to be something left for him to chow down upon. Then, depending on the size of the hook you’re using, you may need to have a certain amount left to disguise the steel while still providing ample gap to set the hook and keep it firmly embedded. The best catfish bait will be able to juggle all these tasks.

Finally, is the bait readily available and how does it have to be stored? Can you keep it in your garage forever, or does it need to be refrigerated? It might be the best catfish bait in the world for a particular application, but if it’s dried and crusty or expired, you’re out of luck. Sometimes it’s better not to let the perfect be the enemy of the good – you can use your “second choice catfish bait” because it stays fresh longer or is more readily available to buy fresh.

Of course, you can always catch your own bait. Just grab a cast net and load up.

In their Spirit Lake, Iowa laboratory, Berkley’s team of scientists has taken bait development to the next level with rounds of testing and data. Much of that has been in the bass and saltwater arenas, but this deep dive into catfishing will pay dividends, too. Berkley’s PowerBait Catfish Bait Chunks come in blood and cheese, chicken blood, chicken liver, liver and blood, cut shad, or liver and cheese formulas to attract and fool even the most discerning whiskered palettes. Making this bait our pick for the best catfish bait overall.

As the best bait for channel catfish, this dip bait has a proven record for attracting the biggest channel cats that swim, and you can buy a large tub – original formula or blooded – for an eminently reasonable price.

Catfish experts and the catfish themselves consistently refer to the Iowa-born Triple-S (and its predecessor, Sonny’s Super Channel Catfish Bait) as an ultra-effective dip bait for all cats, but especially channel catfish. It relies on the same proven formula that Iowa’s Sonny Hootman developed decades ago. Sometimes the cheese formula is enough, but the blood additive is often a crucial ingredient in tempting and hooking the largest channel cats around.

Little Stinker’s formulas attract cats from a distance, but the tubes seal up tightly so you can store them indefinitely without risk of hardening or another “unfortunate incident.”

Little Stinker’s bait provides an intense scent in a small package. It holds together well and dispenses its fish-attracting qualities slowly, meaning that you don’t have to use a ton of it while waiting to catch that first cat. Little Stinker also sells teardrop glitter lures on #2 trebles, dip bait worms, and spot bait hook rigs for extra attraction and convenience.

This doughy, fibrous bait is sticky and holds tight to a treble hook, even in current, while still providing a followable scent trail.

It’s hard to beat Danny King’s Catfish Punch Bait for ease of application. Simply push your treble hook into a ball of this hand-cooked bait, then pull it out at an angle, and you have a concoction that will stay in place even when under duress. The formula is secret but clearly includes cheese and beef fat to be malodorous (albeit not to the fish) and tempting from a distance. Cattail fluff is what keeps it on the hook.

Team Catfish has taken most of the messy work out of formulating perfectly-sized catfish nuggets, and are ready to impale on a variety of different hook styles.

Whether you want nuggets flavored like nightcrawlers, gizzard shad, cheese or baitfish blood, Team Catfish has you covered with resealable bags of bite-sized nuggets, ready to be impaled. Because Team Catfish Fiber Nuggets are not sticky until wet, you can remain reasonably clean and scent-free. But they come alive when dunked below the surface, and that’s what attracts the cats to the buffet.

Junnie’s Wicked Sticky is a thick and rich recipe that provides a massive smell profile without being unmanageable or unhookable making it the best stink bait for catfish.

This stuff will curl your toes, but in this case that’s a good thing. Junnie’s Wicked Sticky comes in three flavors: Regular; blood, which has a high amino acid content; and “Sewer,” which is at its best in the heat of the summer. All three are cheese-based and stay on a hook well, but their true calling card is the fact that they outsmell the competition.

While many anglers rely on a wide range of natural and cut baits including nightcrawlers and dead local shad, I limited my search to those items that are generally commercially available via mail order, tackle shops, or big box stores. That means no early morning searches or efforts with a cast net. It also means that someone else has done the dirty work for you.

Of course, not all catfish baits are created equally. We wanted solutions that stay on a hook but at the same time create a scent trail, with no negative cues to turn off neutral fish. We also wanted enough variety such that regional differences are allowed for, while remaining universally valuable.

And if bass is more your speed, check out our round-ups of the best crankbaits and senkos.

Q: What is catfish bait made of?

The components of most commercially prepared catfish baits are closely guarded secrets, but some of the most common ingredients include cheese, blood, livers, and fish parts. They often have some sort of “binder” to keep them on a hook longer.

In their properly-sealed containers, refrigerated in some cases, catfishing baits can last indefinitely. On a hook, many of the best catfishing baits disintegrate slowly over time, creating a scent trail.

Q: Where can I get catfishing bait?

Natural baits like nightcrawlers, clams, and local oily baitfish can be found at most tackle shops, as well as some convenience stores. But resealable jars or bags of commercially prepared catfishing bait is even more widely available. Look not only to tackle shops, but also to feed stores and even grocery chains.

The best catfish bait is determined by the fish themselves. The type of catfish, the body of water they inhabit, and the forage base present all play a role in their dietary preferences. Use this guide to get it dialed in and catch some cats of your own. You’ll know once you figure it out: The fish will signal their approval by greedily devouring your offering. Tight lines!