How to Choose the Best Trail Camera

The best trail camera may not exist, but these five models all fill a special niche 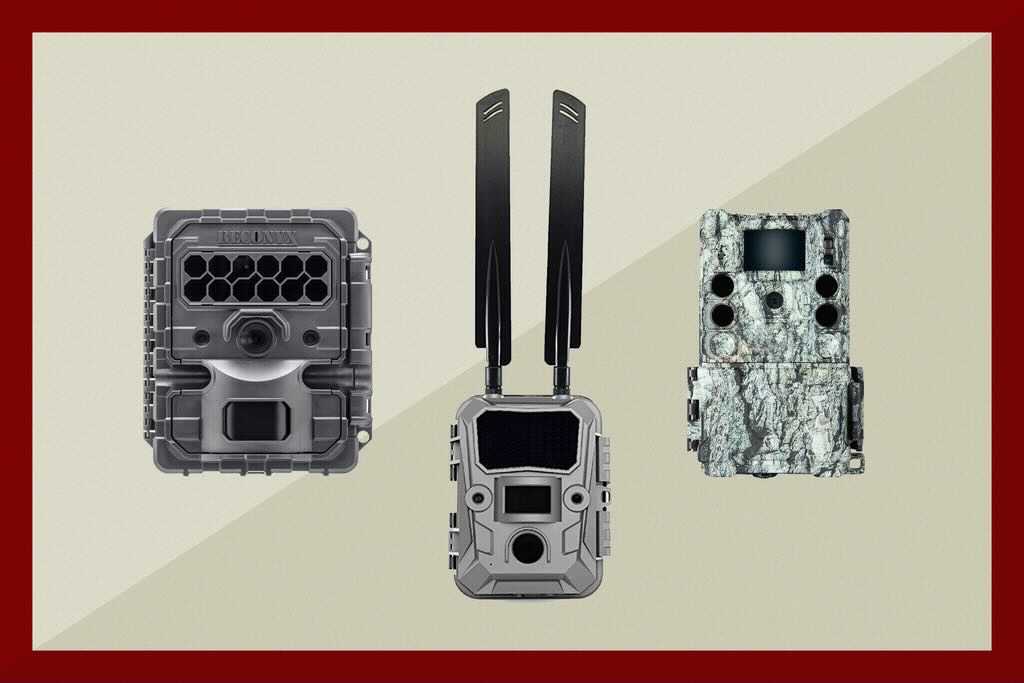 Find the best trail cameras for your season.
SHARE

Confession: I’ve been running trail cams so long that I remember when you loaded them with film. That’s right. When your 36-shot roll was burned, you ran to the one-hour developing shop (another relic) and waited impatiently to see if you had pics of a nice buck…or three dozen shots of grass waving in the breeze. Today’s best trail camera models have progressed at light-speed from those days.

I’ll let you in on another secret: The perfect trail cam still does not exist. That game camera would take tack-sharp pics and video; get perfect reception regardless of setup; send them instantly to your phone; and come packed with features we haven’t even dreamed up yet; and cost almost nothing to run. So yeah, that’s probably not happening any time soon.

The Best Trail Camera for Your Needs (and Budget)

In the meantime, there are some super-cool and pretty amazing trail cameras on the market. While most can perform well in a variety of situations, another thing my tenure with trail cams has proven is that very few can “do it all.” Price is a good example. If money were no object, I could recommend a couple models and tell you to buy a bunch. But most of us aren’t piloting that luxury boat. Cellular trail cameras are awesome, but there are simply spots where the signal sucks, turning that wireless miracle into nothing more than a conventional cam, so why spend the money on a data plan? Other cameras take better pics than video, or vice versa, while another brand is noted for incredible battery life (a huge factor in a spot you may visit only a couple times all fall).

With that in mind, here are five of the best camera models that have made a name for themselves in one or more areas.

I have yet to find a trail camera that consistently shoots clearer, sharper pics than the Reconyx. And, thanks to a quarter-second trigger speed and one-second recoveries, this camera also gets more of them. And the advertised detection range is actually accurate, so the Hyperfire simply doesn’t miss much. When I absolutely have to get great pics of a buck, Reconyx is my go-to camera, almost without fail.

There’s more to love here. The case is solid and well-built—a big consideration if you live (like I do) where the weather can be bad and you leave cams out for extended periods. The Hyperfire is also easy to program, and it’s backed with a five-year warranty that is unique in the industry and pretty amazing, given the tenuous nature of electronic products.

Of course, almost every great thing comes with downsides. The most obvious here is price. Is it worth an extra C-note to buy a camera that takes the best pics, when there are several others that take perfectly-fine photos? That’s up to the buyer. Also, the video on the Hyperfire is not as good as some of the other cameras, so if that’s important to you, there are other options.

I knew how much I loved Browning cameras when I lost one. The camera in question was a Recon Force I’d hung overlooking a mock scrape, then promptly forgot about. The deer season ended, winter settled in, and turkey season had nearly passed. Then, while cutting his first crop of alfalfa in late May, my neighbor called me from his tractor. “You’re going to have pics of me on that camera you have on the north field,” he laughed. “I don’t have a camera on the north field,” I replied. But of course I did. It was the same Browning I’d put out in late October, and it was still taking pics and videos over six months later (after a long Minnesota winter).

And what videos they were. From rutting bucks, to wandering coyotes to strutting turkeys, the Browning trail camera captured their movements clearly. Those videos, and the impressive battery life, endeared the Recon Force to me immediately. There are other great features here too: a super-quick trigger and almost-as-quick recovery that insures you won’t miss much of the action that occurs in the neighborhood. Naturally, the pics this camera captures are plenty good, but I’ve run a lot of cameras on video mode over the years, and so far these are the best.

If there are faults with the Recon Force they’re pretty minor. I’ve cussed the sticky battery trays on Brownings for several seasons, but I don’t let my pouting stop me from using them. In short, you can get a pretty great camera for 50 bucks less, but you’ll sacrifice at least some performance.

Best Trail Camera for the Money

This is the latest in the Bushnell trail camera series of popular “Core” cameras, and it promises to be a good one. The “4K” in the title refers to the camera’s 4K video capability, which will put it right up there with some of the industry leaders for motion picture quality. And at $149, this will be a tough-to-beat bargain.

What is particularly impressive here is an advertised trigger speed of ¼-second—matched with a one-second recovery—which would rank the Core with some of its competitors for the quick-draw title. The 110-foot night range is impressive, and programming geeks will like the advanced settings on this Bushnell (there are also three pre-set menus for slack-jawed technophobes like me) and a 1 ½-inch viewing screen for setup and preview of pics.

If there’s a drawback here it’s that no-glow cams tend to under-perform at night. Sure, the likelihood of spooking game plummets with no-glow, but so does picture quality. If tack-sharp photos are important to you, there are low-glow and infrared trail cameras that are worth a look.

With most companies throwing all or most of their R&D efforts into the cellular market, this was the toughest category to choose. But for performance vs. price, the Spypoint can certainly hold its own in any wireless cam shootout. With a solid 80-foot detection range, the camera sports a trigger speed that, while not the quickest, is perfectly fine at 0.4 second. Image quality, especially on controlled setups like scrapes, licks, and feed stations, is good-to-excellent. Image detection on Spypoint cams is always superior, and recovery times of just over a second are among the fastest on the market.

Spypoint is one of the only companies I know that offers 100 pics per month for free. Granted, if your camera is on a mineral lick or feeder, you’ll burn through that in a few days. But free is free. And the fees on their plans are certainly among the most reasonable I’m aware of: $10 per month for unlimited pics; $8 for Insiders Club members.

Finally, I like the idea of a built-in solar panel that assists in keeping the rechargeable battery pack. This was a $50 accessory only last year. I’ve got an Indiana buddy who’s had his solar-charged Spypoint out for 9 months and it’s still humming along. And for icing on the cake, the Link-Micro S comes with a two-year warranty. If there’s a downside, the burst mode on this cam tops off at two—and there’s no video mode. Still, for a mid-priced camera, you’ll work hard to find better.

Like most of you, I hadn’t heard of Ridgetec cameras until recently, when a hunting buddy started bragging up their performance and durability. So I got my hands on one and was suitably impressed. With a solid detection range and speedy trigger, the Lookout—developed and produced in Canada—held its own with the best wireless cameras from companies many of us are familiar with.

One cool thing about the Lookout is that it comes with a dual SIM cards, which allows you to switch between an AT&T or a Verizon trail camera without selecting a cam that’s married to just one network. As noted, the trigger is downright zippy at just over a ¼-second, meaning you won’t miss much when you’re trying to capture pics of your target bucks, and photo quality is generally very good. Burst mode is adjustable up to three pics and the camera also captures video. Even better, data plans are very reasonable—starting at 1,250 photos per month for $6.95.

Not much dirt to throw on Ridgetec. Some of the daytime pics seem a little fuzzy or exhibit poor color; a minor beef. I haven’t played with mine long enough to determine battery life, but any camera that requires a dozen AA’s always makes me nervous, especially since I only run lithium batteries.

Q: Can Game Cams Be Used for Security?

They absolutely can—and frequently are. In fact, when an employee quit in a psychotic fit at an office I worked at recently, there was legitimate concern that said employee would return at night and exact some kind of ransacking foray. The office manager was thrilled when I volunteered to bring in a deer camera to monitor the doors to the place. While the cams never caught anything exciting involving a human, we did learn stray cats and curious raccoons frequently tested our entrances.

Cellular cams provide the most up-to-date info on potential burglars by sending pics almost immediately to your phone. But conventional cams are perfectly fine—as even a still image of a crook-in-question can go a long way toward proving your case to local authorities. One critical point in using any camera for security is to mount it in a spot that’s invisible (or at least inaccessible) to thieves. If they spot, or can get at, your camera, it will almost certainly be damaged or stolen.

Q: How Does a Trail Cam Work at Night?

Trail cameras take night pics exactly the way conventional cameras do—by emitting a light source to illuminate the subject. Early trail cams sported nothing more than a simple flash that operated in sync with the camera’s triggering system. This resulted in some really nice night pics, some of which were in color. Trouble was, some game animals were startled by the sudden explosion of white light nearby and would avoid trail cams if they smelled or spotted them.

This led trail-cam makers to employ other light sources for night photos. The most common is a panel of LED lights that are frequently colored. Since red light is tougher for game animals to detect, it’s among the most popular options. But some companies have taken things a step farther and used dark-blue or black bulbs that supposedly result in a low- or no-glow effect. While these cameras usually do a better job of not spooking game, the night pics they take are rarely as clear or sharp as those taken by a conventional flash.