A deeper look at the VXR 28, a Mathews compound bow that’s easy shooting, fast, and adjustable 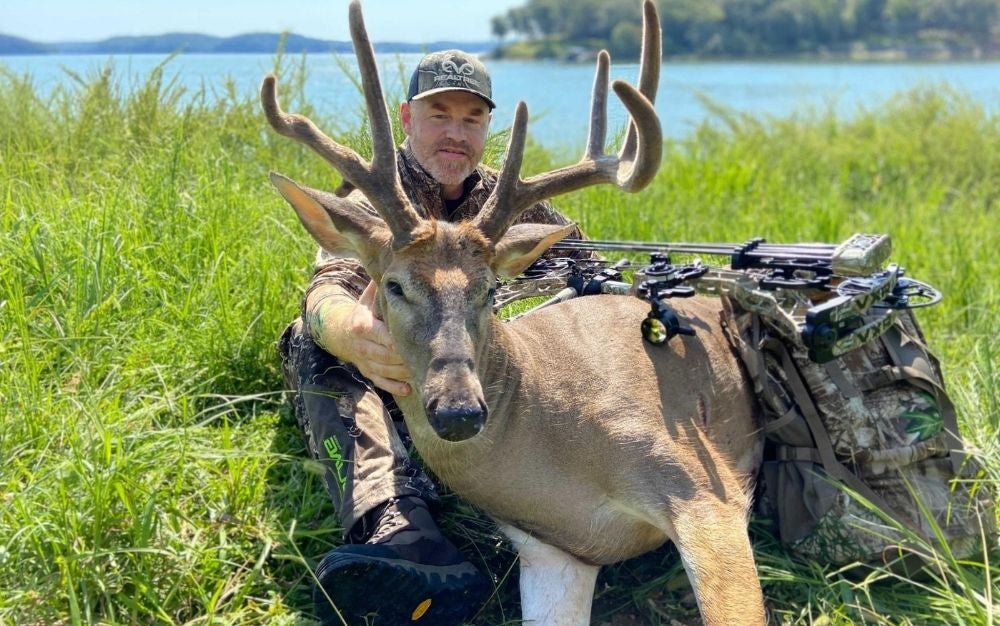 What Kind of Hunting Bow is the Mathews VXR?

The Mathews VXR 28 is a flagship-level (i.e., top-of-the-line) compound bow with a machined riser, cutting-edge technology, and premium components. It has the price to match, but expect it to offer years of service. A short axle-to-axle model that’s comfortable to shoot with middle-of-the-road speeds, the VXR 28 is a hunting bow, first and foremost. It’s right at home in tree stands and ground blinds, but also plenty suitable for run-and-gun turkey hunting and elk hunting. It is built for bow hunting and this Mathews VXR bow has many strong features to help hunters in the field. Despite the compact dimensions, this compound bow is a shooter, and so even open-country mule deer and pronghorn hunters can find plenty to like about it.

How We Tested the Mathews VXR

We tested the Mathews VXR 28 in spring of 2020 as part of our annual compound bow review. Per procedure for that test, we received two of each participating compound bow. One is set to IBO specs: a 30-inch draw length and 70 pounds. The other is set to 28 inches and 60 pounds, for hands-on range testing. We verify all the specs of the IBO bows upon arrival, and adjust them as needed. Then we chronograph them with a bare-shaft, 350-grain IBO-spec arrow. We use a Whisker Biscuit rest and D-loop for this procedure, so you can assume a loss of 5 feet per second, give or take, with those things added.

Testing the Mathews VXR for Noise and Vibration

Once that is finished, we take the IBO-spec bows to Stress Engineering, where we use their equipment and procedures to measure noise and vibration for each bow, in addition to mapping draw force curves and calculating efficiency. Bows are randomly labeled during this phase of the test so that when the results are in, we know they’re unbiased.

Testing the Mathews VXR for Accuracy and Forgiveness

Next, we set up the 60-pound bows with drop-away rests, sights, and peeps, and then we paper-tune them. Our shooting panel then evaluates the bows by shooting and measuring a series of 25-yard groups with each of them, using 340-spine Carbon Express arrows, cut to 28.5 inches. During that, we also subjectively evaluate the categories of draw cycle, fit and finish, balance and handling, and grip. Our accuracy and forgiveness test—where multiple shooters measure multiple groups from multiple bows over the course of several days—is unique to our review, but we believe it’s the most important part of the test. Just about any bow can shoot one-hole groups through a Hooter Shooter. And just about any individual shooter can have a bad day. But with multiple shooters over the course of several days, certain trends do indeed emerge from bow to bow, and that’s what we’re after. Everyone makes minor errors in form and release. The bows that consistently shoot well—regardless of who’s shooting them—are, by definition, the most forgiving.

How the Mathews VXR 28 Performed in Our Test

The Mathews VXR 28 was the best all-around bow of our 2020 flagship test. It scored top of the pack in five of our seven test categories, including:

Once our test results also determined that the Mathews VXR compound bow finished so near the top in both speed and accuracy/forgiveness, there was no catching it.

What This Mathews Bow Does Best

Mathews Archery has refined the CrossCentric cam series over the years with models like the Halon, Triax, Vertix, and the VXR 28. Like its predecessors, the VXR was most noted for its smooth draw cycle, and near lack of noise and vibration. The 2019 Vertix was, to that point, the softest-shooting bow we’d ever tested. But the Mathews VXR was, somehow, even deader in the hand. Plus, at 326.7 fps., it was plenty fast.

During the objective testing at Stress Engineering, we found the Mathews VXR to have an efficiency score of 82.5 percent. Compound bows for hunting don’t get much better. The Mathews VXR 28 is a 28-inch axle-to-axle compound with a 6-inch brace height, and it weighs 4.44 pounds. It has an extended six-bridge riser that shaved a little weight compared to its predecessor, and it made overall handling a bit better. It hits the sweet spot for hunting bow specs. The CrossCentric Cam series has rarely finished at the very top of the accuracy and forgiveness test, and the VXR didn’t, either—but it was close, with a 1.18-inch average group from three test shooters at 25 yards. That was good enough for second place.

What This Mathews Bow Does Worst

Even with the loss of speed from the capture rest and D-loop accounted for, we couldn’t make the Mathews VXR shoot to its advertised IBO speed (it fell 17 fps short). But that’s pretty typical of even the best compound bows, and not something we worried much about.

Really, about the only complaint we can come up with for the Mathews VXR 28 is that it’s more of the same. If you already own a Vertix—or a Triax or Halon for that matter—think of the VXR as a refinement, rather than a significant upgrade. Some of the older models might vibrate a touch more, or be a little louder—but you’d probably need Stress Engineering-level equipment to detect it. Plus, some of the older bows are actually faster.

The Mathews VXR 28 does have some hunter-friendly updates that warrant further consideration. It has a module system, for example, that lets you make the usual draw length changes, but also peak-weight changes in 5-pound increments, while keeping the limbs bottomed out. Some bowhunters think bottomed-out limbs shoot better, and we agree with them. This Mathews bow also has the Silent Connect System, which allows you to use a specially designed pull rope and bow sling in conjunction with fast connection points. If you’ve ever been caught by a whitetail deer walking toward your tree while pulling up your bow—and needed to untie a knot or unsnap a clip quickly—you understand the advantages of this system.

Does the Mathews VXR Deliver on Its Mission?

The fact that the Mathews VXR compound bow won our 2020 Best of the Best Award as the best compound bow of the year says plenty. The VXR 28 is no longer the front-runner flagship for Mathews, having been replaced by the 2021 V3, but it is still available from Mathews dealers in six finishes and peak draw weights (don’t forget those mods) of 60, 65, 70, and 75 pounds. Draw length adjustments are generous, too, ranging from 25.5 inches to 30 inches, and with an 80- or 85-percent let-off. Go for a little less—most people shoot it better, and you won’t notice much difference at full draw. This Mathews compound bow is a piece of hunting equipment that any archer will be happy to have with them in the woods.