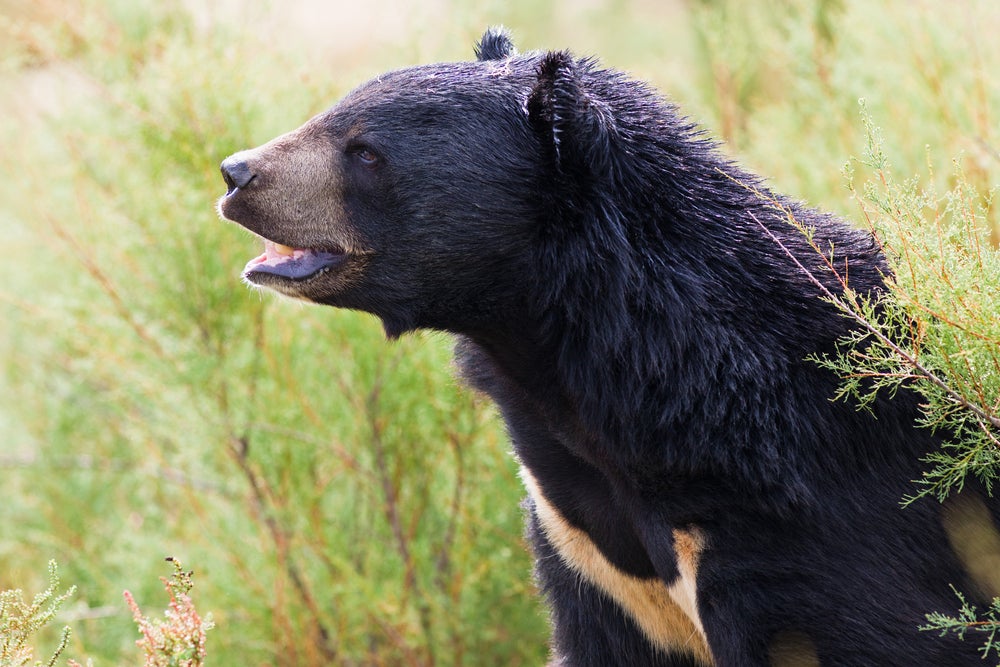 An Asian black bear, or moon bear, was spotted at the Olympics softball stadium in Tokyo this week. Deposit Photos
SHARE

An Asian black bear startled organizers of the Tokyo Olympic. Early this Tuesday, a security guard spotted a bruin at Azuma Sports Park, which is just outside of the Japanese city of Fukushima. The bear returned to the venue on Wednesday shortly before an official Olympic softball game between Japan and Australia. The bear’s presence caused a stir, though it didn’t appear to be aggressive, and the softball game took place as scheduled. (Japan won handily).

“We couldn’t find or capture the bear, and while there won’t be any spectators at the stadium, we are on alert and searching for the bear around the site,” a spokesperson told AFP.

The venue’s guards spent the night searching for the bruin but were unable to locate it. They then blasted music and lit firecrackers to keep the bear away.

Japan has seen a spate of black bear encounters within the last year. In 2020, two people were killed and 158 injured by bears, which also cause an average of 26.7 million yen—or $242,432 dollars— in crop damage each year. This June, a bear went on a rampage in the Northern Japanese city of Sapporo. It ran onto a military base and injured four people before members of a local hunting group helped authorities kill it. Sapporo is planning to host this summer’s Olympic marathon.