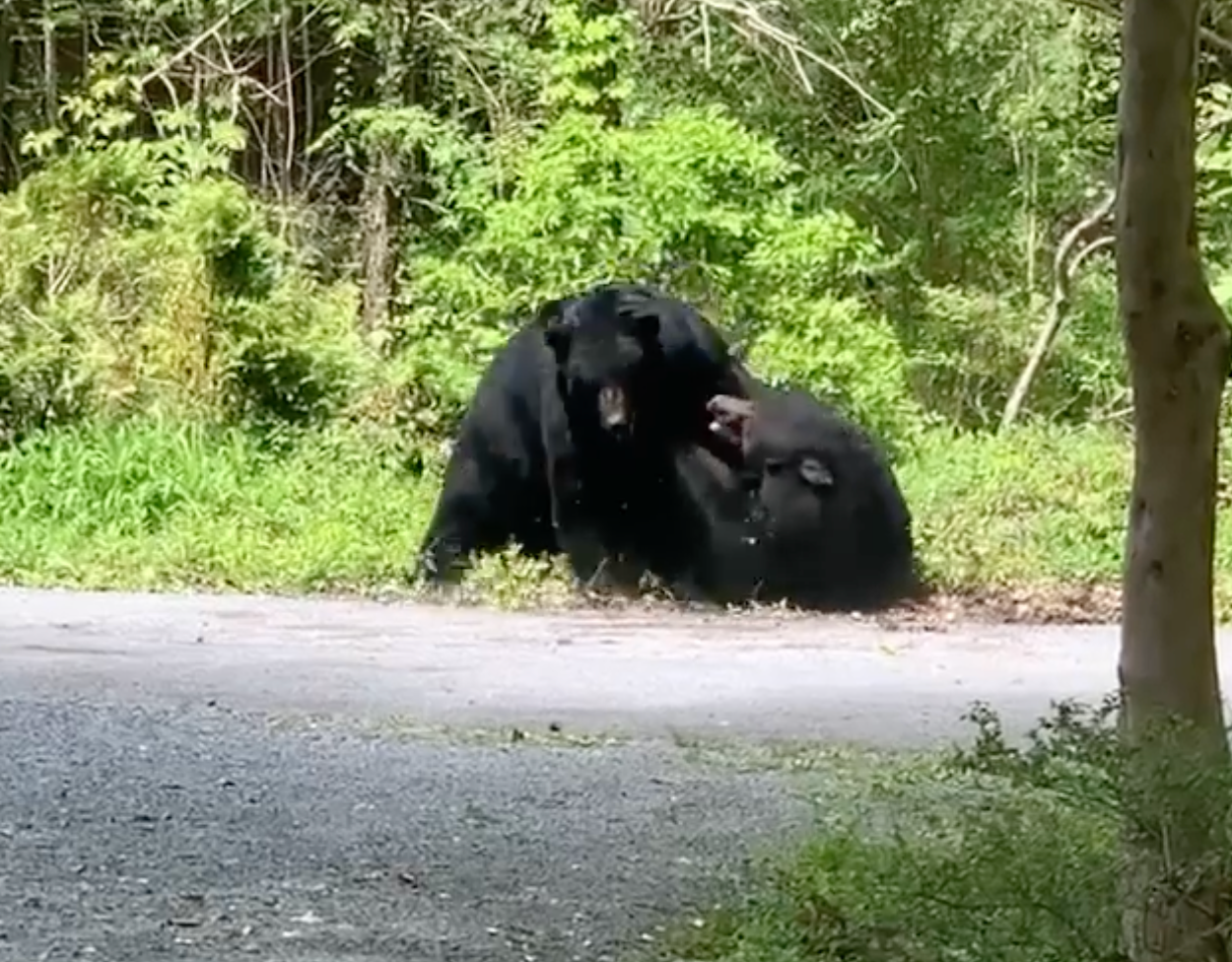 Two big bruins got after it earlier this week, and the tense encounter was caught on video and posted on the Tennessee Wildlife Resources Agency (TWRA) Facebook page. “Black bear brawl!” wrote the agency in the post. “BJ and Micah Campbell had ringside seats to a tussle between two large black bears near Ely’s Mill in Gatlinburg. This video was captured while the Campbells were safe inside a garage but shows how strong and aggressive these magnificent creatures can be.”

“Strong and aggressive” is almost understating it. The bears’ fight is the kind of thing where at first, you’re only mildly interested, and then you realize that things are serious. The bigger black bear body slams the other one to the ground and then continues biting and stomping on it when it’s down.

The TWRA says that it’s too early in the year for black bears to be engaged in battles for dominance that typically take place during the breeding season. Instead, agency officials surmise that the bruins were in a “dispute over a food source.” Well, one of the bears won the dispute. The smaller bear eventually escapes from being pinned down and has the good sense to realize it has lost the fight and flees.

Tennessee is currently home to an estimated 6,000 black bears, according to News Channel 9. Bear numbers in the state have been on the rise in recent years thanks to conservation and management efforts. According to the TWRA, black bears in Tennessee are typically 4 to 7 feet long and can weigh up to 500 pounds.