Watch for Falling Deer! Whitetails Are Leaping to Their Death From Pennsylvania Overpass

Deer run out into the highway, get scared, and jump. Some 25 deer have made the fatal fall recently. The state's Department of Transportation is looking into a solution. 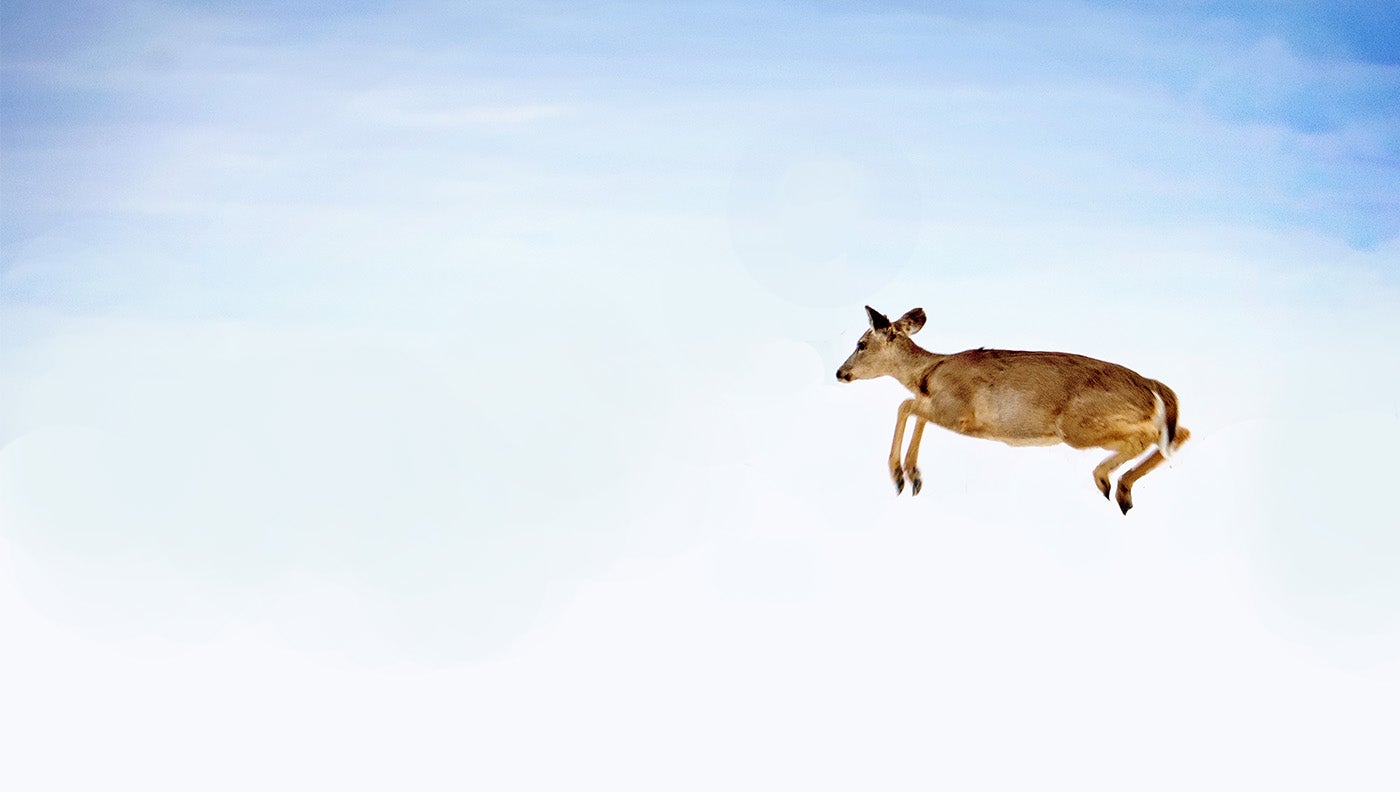 Most of the deer leaping from the Pennsylvania overpass are does, according to witnesses. Getty Images
SHARE

The Highway-219 overpass that runs through part of the town has become a launching pad for whitetails. Deer from the surrounding hillsides wander onto the highway, and those that find their way onto the overpass panic and jump. Resident Bill Boylan says recently around 25 deer have jumped to their death this winter, many landing not far from homes near the overpass. “They get frightened onto the overpass,” he told WJAC TV news. “They panic, one jumps off, and they all leap off.” Boylan believes some type of diversion fence that would keep deer off the overpass in the first place could be a possible solution.

The deer jump frequently enough that Boylan is among several residents who have contacted the Pennsylvania Game Commission and Department of Transportation (PennDOT) to ask for solutions. One of those residents, Julie Padasak, told WJAC TV News that she’s concerned that all the falling deer seem to be does, which could be having a significant impact on the area’s overall population. Padasak is also worried about the smell with the coming of warm weather. Mostly, though, she is tired of living in a place where deer routinely plunge off the highway. “But they’re literally jumping to death,” said Padasak. “And that, to me, looking at them, it’s disturbing.”

Although Boyland and other residents feel that PennDOT hasn’t been as responsive as they would like, the state DOT says it’s looking into the problem. “I’d say over the next couple of weeks, we’ll try to…get at least an idea of what’s going on and what’s causing the problem,” PennDOT District Executive Tom Zurat told WJAC. “We’ll look into it and see if there is something that we can do that involves the roadway [to] make it safer for the animals and obviously anybody that’s a resident in that area.”