Better check your gun dog. This year is expected to be especially bad for insect-borne viruses 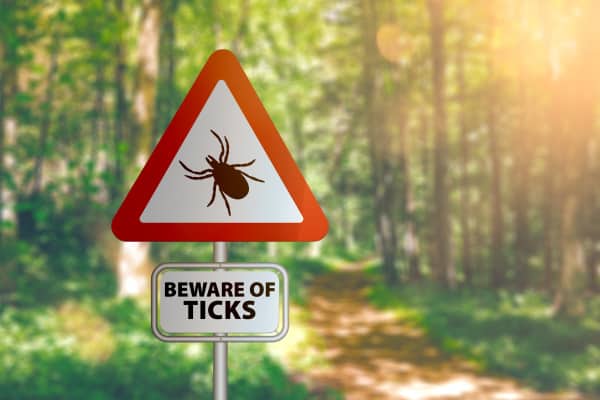 Tick-borne diseases will likely be on the rise this year. CDC photo
SHARE

Dogs could face a higher-than-average risk this coming year for a host of tick-borne diseases, according to warnings from a group that tracks the prevalence of parasites potentially affecting pets. Heartworm and Lyme disease are among vector-borne diseases expected to increase in 2022, according to a forecast reported by Veterinary Practice News, a publication for United States veterinarians focused on industry trends, best practices, small animal, and equine care.

The Companion Animal Parasite Council (CAPC) and its Pet Disease Alerts website, are warning of impending outbreaks of Lyme disease as it continues to expand south and west.

“We expect increases beyond last year’s forecasts in eastern Kentucky, northeastern Tennessee, western Michigan, and Ohio,” according to the forecast. “High-risk hotspots are again predicted in northern and western Lower Michigan, and southern and northeastern Ohio. High risks of Lyme disease persist in all portions of the Northeast, the upper midwestern states of Wisconsin, Minnesota and the upper peninsula of Michigan. A higher-than-normal risk continues in North Dakota, northeastern South Dakota, Iowa, Illinois, and eastern Kentucky.”

Lyme disease, caused by the Borrelia burgdorferi bacterium, also presents increased risk in the Carolinas and Tennessee, with higher risk areas flagged for the first time in east central South Carolina and most of coastal North Carolina, according to CAPC.

“These emerging threats validate and emphasize our reminders that pets and pet owners do not have to travel to the traditional endemic areas of the Northeast to encounter substantial Lyme disease risks,” states the CAPC. Lyme disease is a common canine disease. Typical symptoms include fever, loss of appetite, reduced energy, lameness (shifting, intermittent or and recurring), generalized stiffness, discomfort, or pain and swelling joints.

Veterinarians in regions of historically high prevalence and in forecasted regions of increased risk are advised to reinforce recommendations of aggressive tick control and consider vaccinating high-risk animals. Annually testing dogs in areas with high and continued incidence of Lyme diseases can also help manage risk. Heartworm, transmitted by mosquitoes, is expected to be higher than average throughout 2022, predicts CAPC, particularly along the Atlantic coast into Virginia and southern New Jersey and along the Mississippi River. Increased risk is also forecast for the southwest, including New Mexico and southern Arizona, large portions of Colorado and Kansas, and the northern Great Plains. Increased risk continues in parts of California, Idaho and Montana.

“The number and diversity of mosquitoes teamed with the population densities of the region support that heartworm infections are more likely to affect the health of increasing numbers of dogs in those areas,” says the CAPC.