Florida Man Falls Off Bicycle and Is Bitten By Alligator

Talk about a bad day. Robert Bassett, 74, tumbled down an embankment and landed on a 8-foot female alligator that was protecting a nest 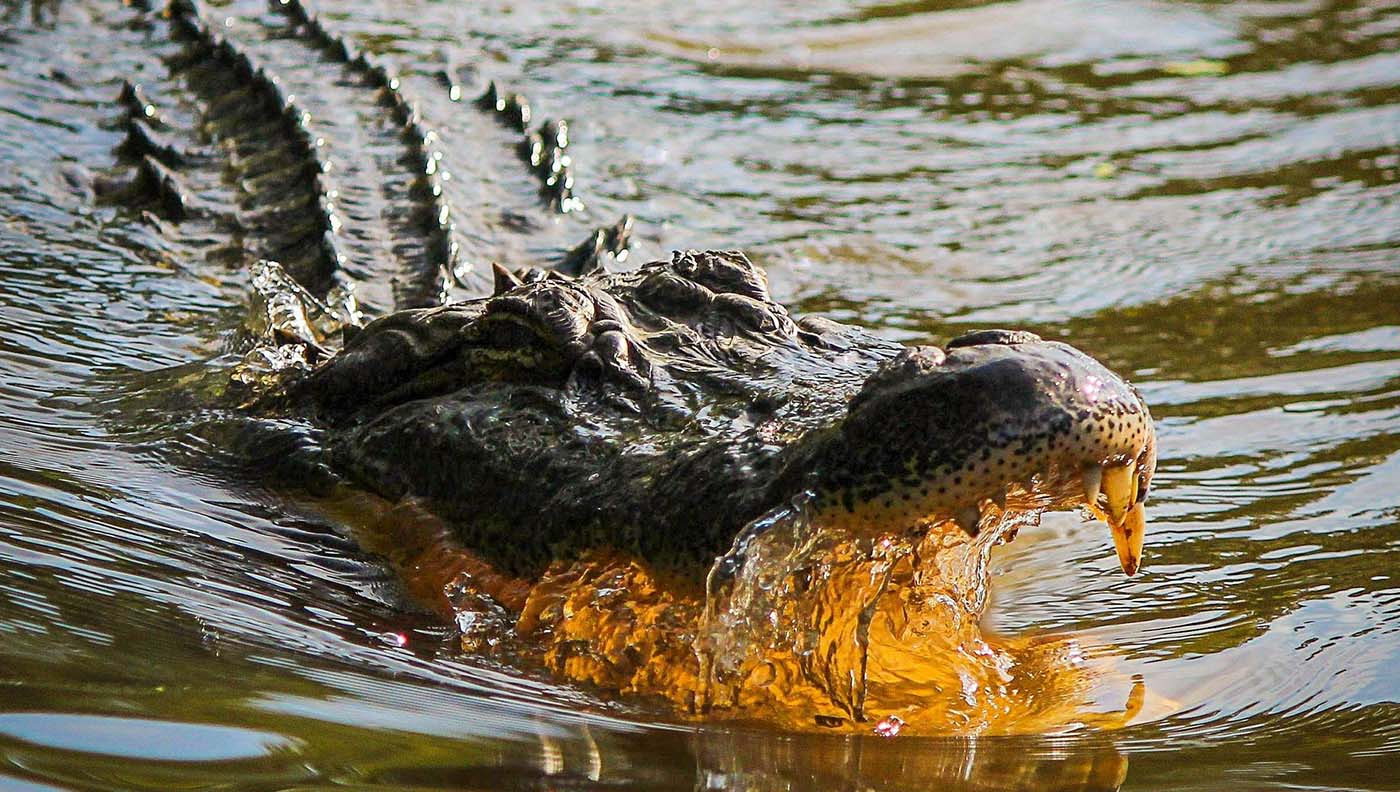 Female alligators can be especially aggressive when guarding a nest of eggs. JamesDeMers from Pixabay
SHARE

A 74-year-old bicyclist was bitten by an 8-foot-alligator after losing control of his bicycle and falling off a bridge at a Florida park on Monday.

Robert Bassett, of Palm City, Florida, was airlifted to Lawnwood Regional Medical Center & Heart Institute in Fort Pierce. News reports indicated that Bassett fell about 6 feet down an embankment and landed “on” a female gator. He was bitten but was able to crawl away. A passerby helped rescue him. Bassett was reported to be in stable condition, with non-life-threatening injuries to his torso and leg.

A friend and owner of a local bike shop reported that Bassett is an experienced cyclist who rides the trails at Halpatiokee Regional Park almost daily. The 65-acre park is surrounded by about 500 acres of wetland preserve. Halpatiokee is a Seminole word meaning “alligator water.”

Local trapper John Davidson, called in to trap the gator, said that the animal probably attacked to protect a nearby nest with eggs.

“You got to be careful when you’re around the water, especially this time of year,” Davidson told Newsweek. “The females are sitting on nests and are particularly aggressive.”

He hoped to return to the park later to locate the eggs and reunite them with the gator, which he relocated to a farm near Fort Drum. The 170-pound female will be used for breeding purposes, Davidson said.

According to Florida Fish and Wildlife Conservation Commission statistics, alligators have bitten 102 people in the last 10 years, but only four of the attacks were fatal.