Ever watched a grizzly bear waking up from hibernation? We haven't either 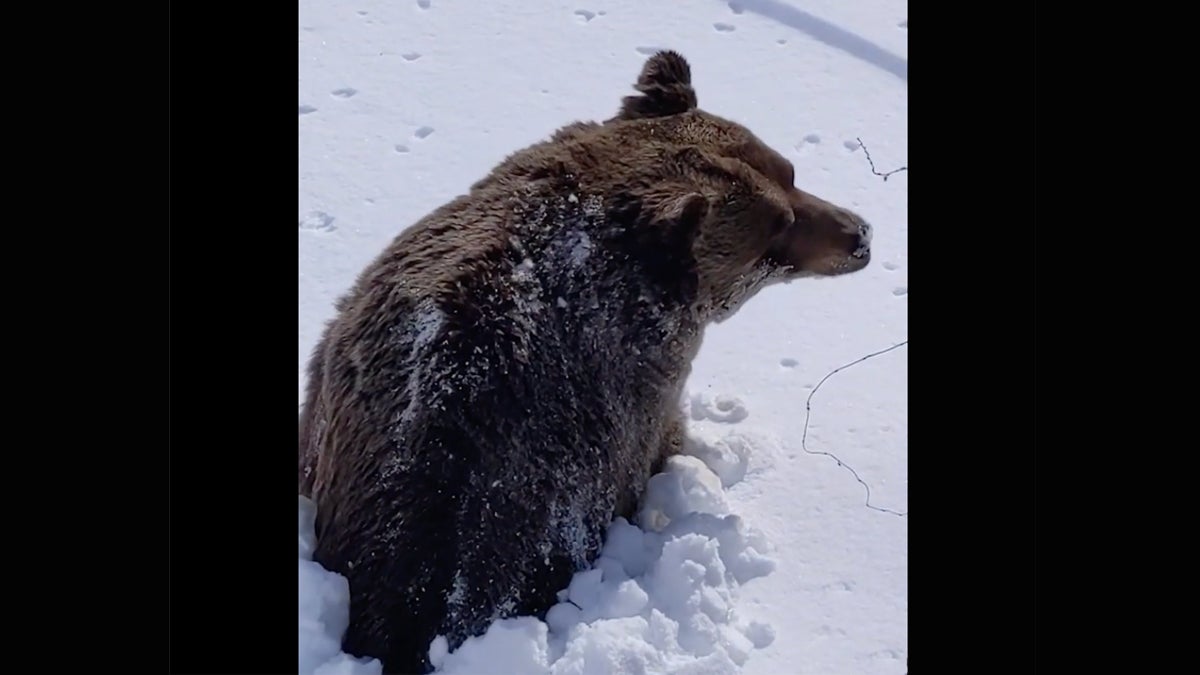 Grizzly bear pulling himself out of the snow after hibernation. Kicking Horse Mountain Resort
SHARE

A grizzly bear emerged from hibernation in its enclosure at Kicking Mountain Resort, a ski area outside of Golden, British Columbia, and the resort has the footage to prove it. If you’ve never seen a bear awakening from hibernation—and who has?—it’s pretty interesting.

The resort posted the video on social media and asked for skiers and snowboarders to keep their voices down “when going over the enclosure on the gondola and when skiing by the Bear Refuge on Lower Wiley Coyote.” It explained that Boo is transitioning from his dormant state ”to a phase we affectionately call ‘walking hibernation’—where his body is reversing the dormancy process.” The resort says that the 20-acre enclosure is the largest one in the world dedicated to grizzly bears.

Personally, I’ve never awakened from a several-months’ sleep and tried to figure out where I was and how I got there. But if I did, I imagine it would look pretty much like the video. The bear pokes its head up out of the snow, puts one huge paw on a shelf of snow, then the other, and slowly tries to remember the same things you would: where he is and how he got there. Not immediately having an answer, he lumbers up out of the snow and takes a few groggy steps. He sniffs the air. I don’t know exactly what he’s thinking, but it might well be something along the lines of, “Damn. Still in this stupid ski resort.”

If you do watch the video, turn the sound off. It contains a voice-over of a woman’s sing-song voice talking to the bear, which is named Boo, like it’s a baby child. “Hi, buddy,” she coos. “Hello. Hi. Hey, who’s this guy?” Meanwhile, light jazz plays in the background. The woman is unstoppable. When we see Boo sniffing the air, she adds, “All the smells!”

I think—and fervently hope—that the audio portion of the 37-second video was added later. I can’t speak for the bear, but it would sure put me in a foul mood after I just woke up.