Meet the Churah Valley Kukri, a previously unknown species of snake discovered after a student posted a picture of it on Instagram during a coronavirus lockdown in India 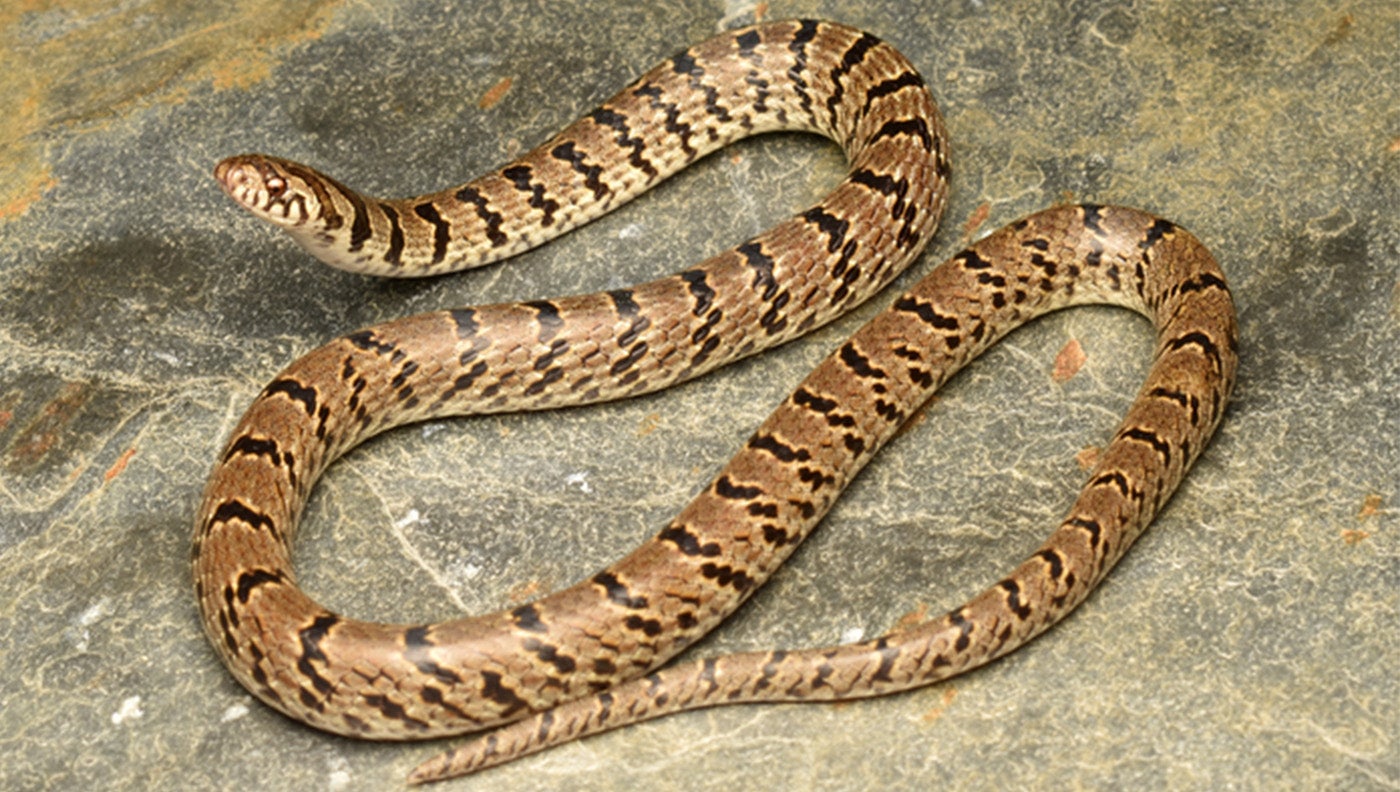 Intrepid scientists have long roamed the jungles and hiked the hinterlands to discover new species. Now, they brave the wilds of social media. Or at least, that’s how a pair of researchers from India, with the help of a curious university student, discovered Oligodon churahensis, or the Churah Valley Kukri, a species of snake previously hidden from the world.

Stuck at home during the 2020 COVID-19 lockdowns, Indian graduate student Virendar K. Bhardwaj started exploring the area around his backyard in Chamba and posting photographs of the creatures he found on Instagram. The photo below of a striped snake, uploaded on June 5, 2020, found its way to Zeeshan A. Mirza, a researcher with the National Centre for Biological Sciences, Bangalore. After discussing the photo with a colleague, Mirza contacted Bhardwaj for more information.

The snake looked at first like a common Kukri, a nonvenomous egg-eating serpent that’s often encountered in India. A closer look, however, revealed several morphological differences. Bhardwaj captured two specimens for the researchers by the end of June. Coronavirus lockdowns prevented the researchers from studying the snakes right away, but as soon as their lab reopened, DNA analysis and CT scans confirmed that the specimens in question belonged to a previously unknown species.

The three men published their discovery in the journal Evolutionary Systematics, naming their new snake the Churah Valley Kukri (Oligodon churahensis) for the area in which it was found.

Finding a new species in the Western Himalayas is not terribly surprising, given how poorly explored the region remains, according to the published paper. If you’re in the right place, Mirza points out in a Eurekalert.org news release, exciting discoveries might be right under your nose. “Lately, people have been eager to travel to remote biodiversity hotspots to find new or rare species, but if one looks in their own backyard, they may end up finding a new species right there.”