A Christmas Story: The Time We Snuck a Used Kayak Under the Tree

Because sometimes you really just need to go big 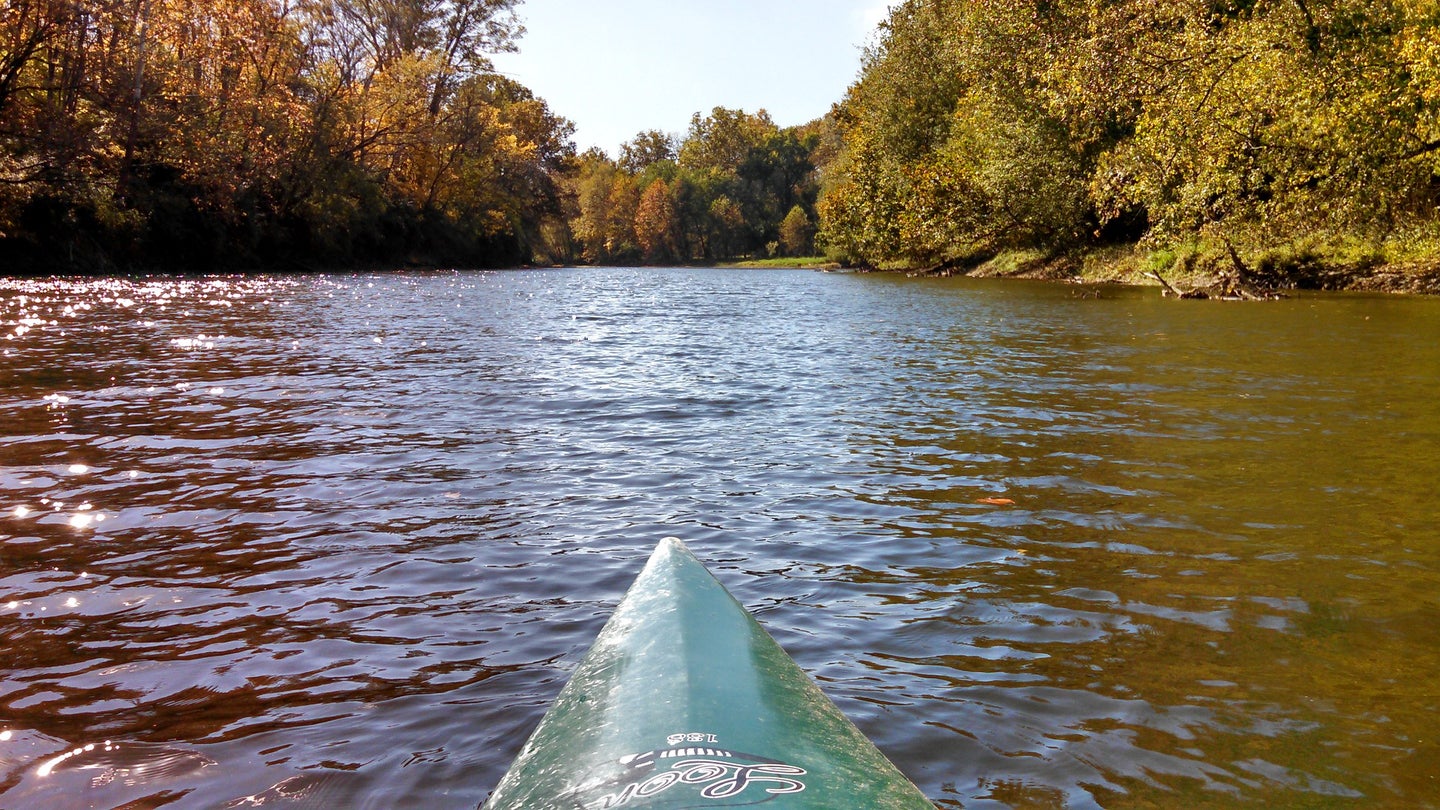 Years ago, the author's kids woke up to an old kayak on Christmas morning. Pixabay
SHARE

It seemed like things were getting small, and I didn’t like it. The kids’ Christmas wish lists were filled with little things—miniaturized Polly Pockets doll sets and action figures and even hamsters, for crying out loud. Granted, there was nothing small about the Rescue Hero Command Center, with its aircraft carrier-sequel bulk. But still their lists seemed uninspired. And I knew that soon enough Markie and Jack would be clamoring for electronic gizmoids under the tree. The Red Ryder days were slipping past. It was time for the bold move.

I found a used kid-size touring kayak on Craigslist, and hauled it home. Twelve gorgeous feet of purple roto-molded plastic, with a paddle and spray skirt, good for a payload up to 100 pounds. This ought to recalibrate what a Christmas present should be, I thought. I hid it in the backyard, and waited for the calendar countdown. Late on Christmas Eve, after the communion service and the opening of our traditional Christmas pajamas, we tucked the kids into bed and I carted the kayak around the side yard and up on the porch. I was halfway through the front door when Julie met me with a Grinch-like stare.

“What are you doing?” she said. “Just tell them there’s a surprise on the porch.”

No ma’am, I replied. I’d been thinking about this for weeks. I wanted those sleepy-heads to wander into the living room on Christmas morn and be utterly gob-smacked. Holy cow, a kayak under the Christmas tree! Who woulda thought of such a thing? Who could forget such a morning? Julie stepped aside. She is accustomed to living with a full-grown child as a husband.

The kayak didn’t exactly fit under the tree, but by balancing the stern on the back of the sofa and the bow on a stack of books on the coffee table, it did, barely, fit into the living room. And the kids were gob-smacked. They whooped and hollered and crawled in and out. Mesmerized, they were, for a full 45 seconds. And any parent will tell you: That’s a big win.

They paddled that purple kayak for years—on rivers and ponds and saltwater bays—until they outgrew the boat, and I sold it to some other dad who had grand designs just like mine. Markie and Jack remember their Christmas mornings with Polly Pockets and Speedy the hamster and iPod Nanos, for sure. But the story they tell, and re-tell, is of Santa with a kayak in his sleigh, and what a cool cat he was to haul that boat into the living room.