In British Columbia, the other deer aren't just laughing and calling Rudolph names 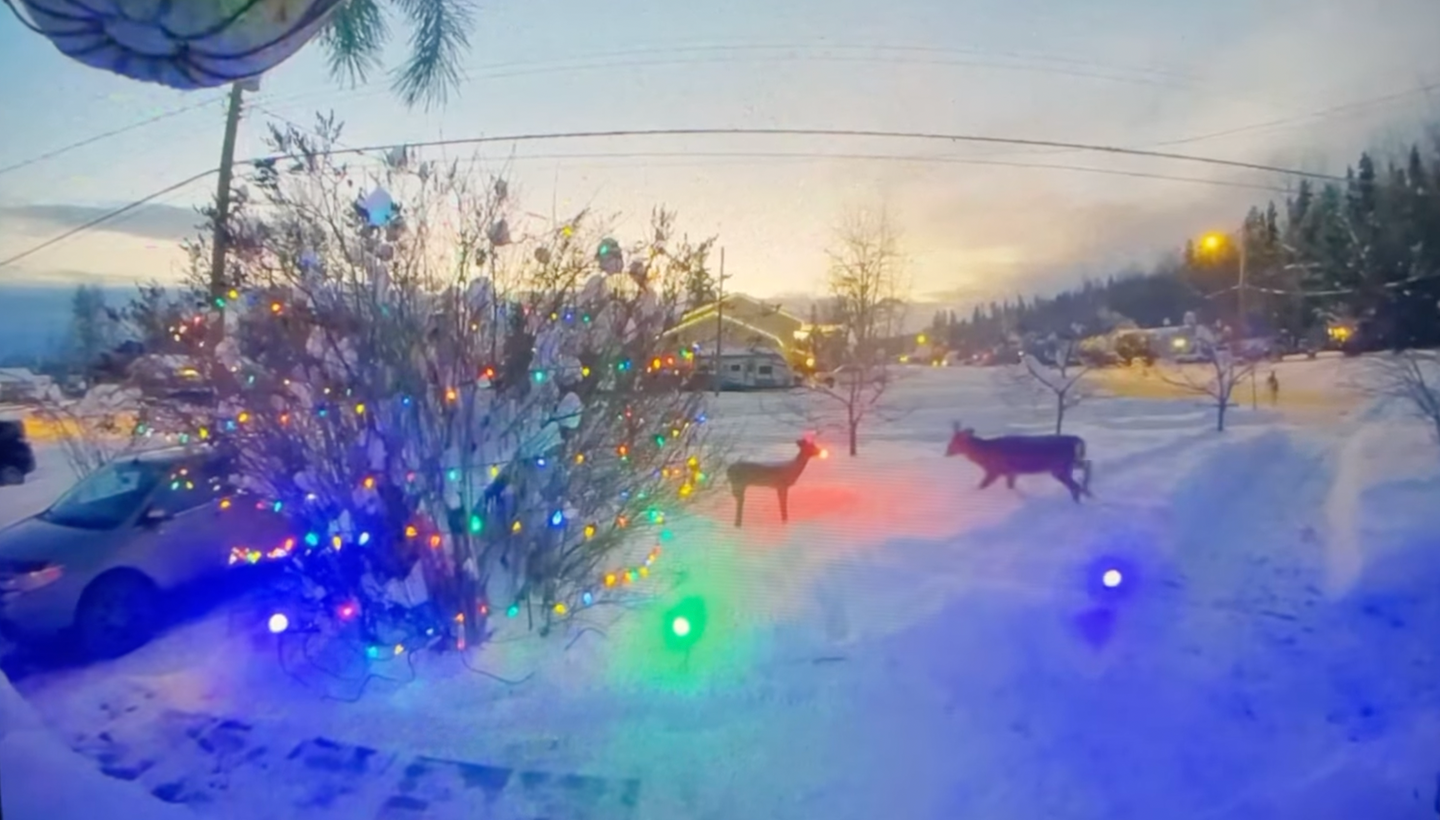 The buck sized up the situation first, then went in for the attack. Arlene Chmelyk
SHARE

Up in northern Canada, Rudolph the Red-Nosed Whitetail keeps getting his butt kicked. It has happened every year for the past five, according to Arlene Chmelyk, who lives in Fort Nelson, B.C. “Every year a buck in the area attacks him or hits him and knocks him over and breaks him,” says Chmelyk. For five years, her family has been putting out an archery target whitetail, with antlers and a big red light for the nose. And for five years, the local bucks have been whaling on it.

What’s different this year is that she has doorbell-camera footage of the attack. In a 43-second clip, you see a young buck appraising the target from the sidewalk as the sun goes down. It approaches gingerly from the side, gets spooked, and bounds back to the sidewalk. Then it goes around to the other side and again closes the distance, sniffing the 3-D target. Maybe it’s the fact that the smaller fake deer has bigger antlers than it does. Maybe it’s the red nose. Whatever it is, the buck suddenly attacks, goring the deer savagely and sending it to the ground before running away.

Arlene Chmelyk says putting the target out was her kids’ idea initially and that every year she returns home at some point to find Rudolph has been attacked. The family just keeps putting the target back together and standing it up again. She says her husband came up with the idea of adding a red light bulb for the nose. She guesses that whitetails attack during the rut because they’re territorial. On the other hand, she’s mystified. “I’m like, he has a bright red nose,” she says.

Chmelyk put the video of the attack on Facebook for a laugh and then it went viral. Most think it’s funny. But there are always a couple of people who use the occasion to decry animal cruelty. “Rutting season is already quite stressful to the deer,” wrote one woman. “Why do they continue to erect something that so obviously bothers the deer?”

Actually—who knows?—setting out a deer that pretty much any buck can beat up might be something the deer appreciate.