Turkey hunting with a .410 is all the rage, but there's an even better use for the smallest of the small-bores 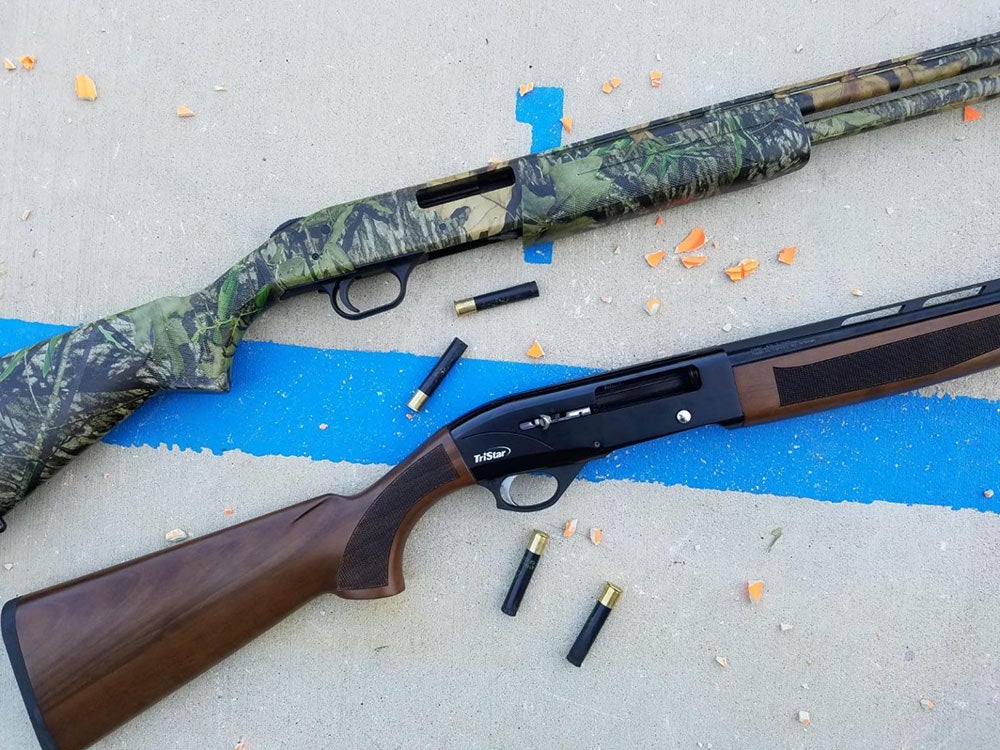 The .410 has a few things going for it. The guns are small and cute. They don’t kick. They are cheap to reload for. There’s a fun Americana song about them (which you can listen to via the YouTube link below.) That’s all on the plus side. But on the minus side, .410s don’t hold very much shot—1/2 to 11/16 of an ounce, less in steel—and what shot they do hold, they deliver downrange poorly. The .410 should be called the “67 gauge,” which is what it is, to underscore the immense gap between the .410 and the other gauges.

There is the chance the person is a truly expert shot, with the discipline to take only birds at close range, and with good enough dogs to clean up their mistakes. There’s a much greater likelihood the person is a bird-crippling bozo, so I usually smile, nod, and change the subject.

Turkey hunting with a .410 has taken off in a way that surprises me, but it means spending big money on TSS. If you don’t want to do that, the .410 is limited to woodcock, rails, decoying doves, and squirrels under ideal conditions all at ranges of about 25 yards. Even then, there’s nothing that can be done with a .410 that can’t be done lots better with a 28-gauge.

Except for skeet shooting. Having recently picked up a Mossberg 500 .410 on loan, I have fallen in with my club’s .410 shooters, and I already find myself thinking I need a .410 O/U and a reloader, which I never thought I would.

The difference between .410 skeet and skeet in all other gauges, including the 28, is that when you shoot any other gauge, you expect the targets to break and are disappointed when they don’t. The .410 is another story. As one of the .410 group explained to me when I first joined them: “The secret to shooting a .410 is not to care.” Shooting is always more enjoyable when you’re happy to hit a target, not upset that you missed it. Shooting the Mossberg low gun, my high scores so far have been a few 21x25s, but it’s highly satisfying to see targets shatter when I get lucky and center them in the fixed-full choke pattern. There are plenty of times everything looks perfect, I pull the trigger, and the target sails on its way, too. That’s where not caring helps.

The Best .410 Shotguns for Skeet

If you get sufficiently hooked on .410 Skeet, you may want to buy a special gun for it, and there are fine choices at every price. To be clear, you won’t see these guns at Skeet tournaments, because serious competitors all shoot sub-gauge events with tubes in their 12- or 20-gauge shotguns that let them shoot all the events with one gun. But what fun is that when you can buy a dedicated gun for informal Skeet instead? Here are half a dozen great ones to consider.

Browning’s bottom-ejecting pump comes in a .410 model with a 26-inch barrel. It’s a hefty gun, built on a 20-gauge frame and weighing about 7 pounds, which makes it an easy gun to swing at clays.

In the days before tube sets, it was common for all-gauge Skeet competitors to own a set of four 1100s. Although this classic gas gun is currently in hiatus, there are plenty of used 1100s around, although you will find used .410s often command higher prices than bigger bores of the same model.

Mossberg’s imported Turkish gas semiauto wins high marks from its owners as an affordable, reliable gun. The SA-410 Field has a 26 inch choke-tubed barrel and a black synthetic stock so you won’t mind shooting it on rainy days at the gun club.

CZ’s entry-level O/U is priced right if all you want is a fun gun but prefer the ease of loading of a break action and you don’t want to pick up hulls. It’s a no-frills gun, with extractors only and fixed Improved Cylinder/Modified chokes that are open enough to hit close range birds with, but tight enough for satisfying breaks even with a ½ ounce of shot.

It’s hard to find small-gauge Skeet models in this age of tube sets, but you can find Sporting Clays guns that adapt just fine to the Skeet field. The Citori 725 Sporting is the overwhelming gun of choice among the .410 crowd at my club, and it’s easy to see why. It’s a reliable, trim gun with all the competition extras like 30 and 32 inch barrels and extended chokes as well as handsome, grade III/IV walnut.

Caesar Guerini made its name with customer service and excellent Italian-made O/Us tailored to the US market, and the .410 Summit sporting model is a perfect example. There’s no interest in .410s overseas, but we Americans love them, and what better way to show your love than to splurge on a fine Sporting O/U? It comes with 30 or 32 inch barrels.