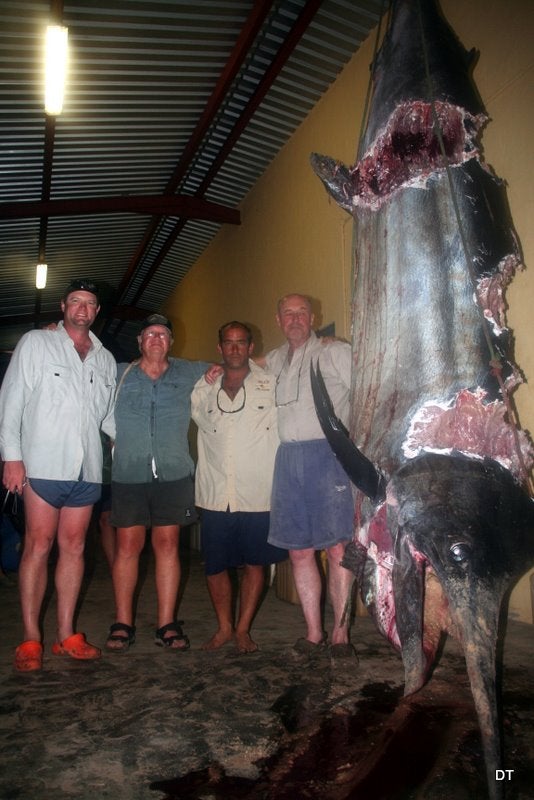 They're called "granders" in saltwater lingo, blue or black marlin that break the thousand-pound mark, and they are the ultimate goal for big-game anglers. One South African angler recently broke that barrier in spectacular fashion with a monstrous black marlin that - despite being attacked and partially eaten by sharks - almost broke the all-tackle African record. Here is the tragic story of how they caught this fish.
------
On the morning of Nov. 6, Mike Jankowitz and Jerome Sedgwick were fishing the last day of the eight-day Bazaruto Invitational Marlin Competition, a catch an release tournament held in an archipelago of five islands just off the southern tip of Mozambique. The two men were fishing out of Bazaruto Lodge. Their skipper was a well-known local marlin guide named Duarte Rato. Rato has caught and released over 250 marlin, but so far in this tournament the team had tagged only one, a 350-pound fish. Their luck, for better or worse, was about to change.
SHARE
Saltwater Fishing
Shark Fishing
news