Is This Fish the New World-Record Landlocked Atlantic Salmon or a Trophy-Class Brown Trout? 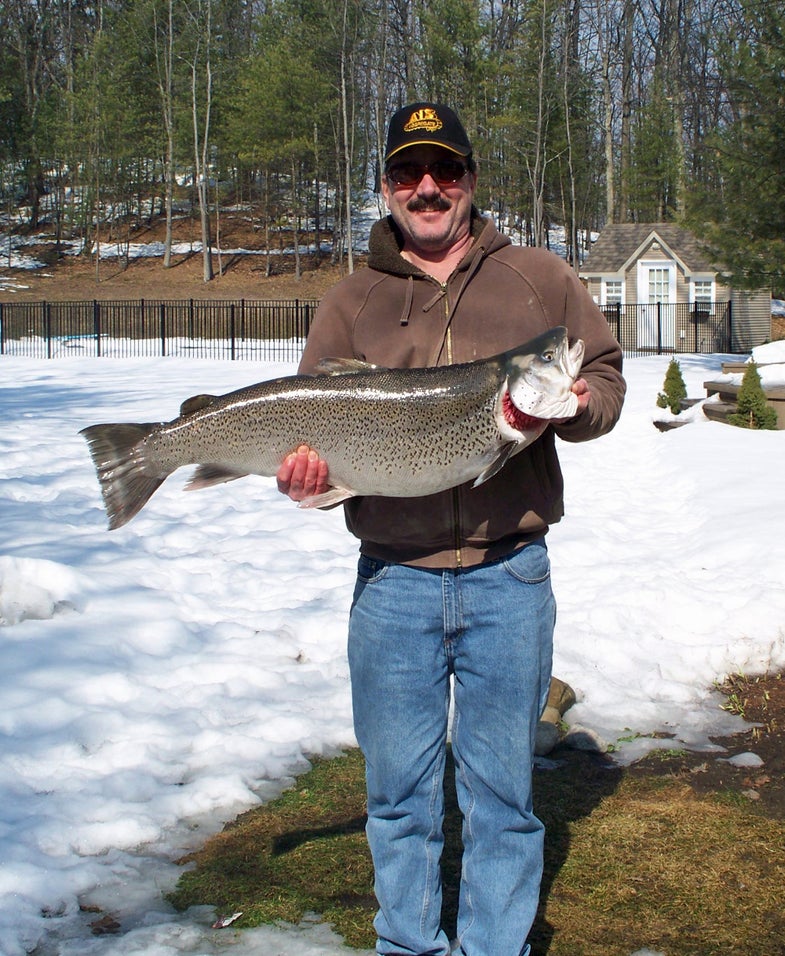 On Tuesday, March 9, 2010, Ken May of Williamsburg, Michigan, reeled in a 29-pound 11-ounce fish, genus Salmo, from Torch Lake in Northern Michigan. When he first caught the fish, which was bright silver and covered in x-shaped spots, he thought he had landed the new all-tackle world record for landlocked Atlantic salmon. There was just one problem: Another Salmo species lurks in Torch Lake - Salmo trutta, the brown trout. These two species have so many overlapping characteristics, especially in big-lake specimens, even trained fisheries biologists can have a hard time distinguishing one from the other. Such was the case with this fish. After closely examining its remains (the fish was filleted soon after it was weighed) Michigan Department of Natural Resources and Environment biologists Todd Kalish and Mark Tonello were unable to determine if it was a landlocked Atlantic salmon or a trophy big-lake brown trout. They are now shipping these remains to Michigan State University for DNA testing.
SHARE
Freshwater Fishing
Salmon & Steelhead Fishing