When photographer Al McGlashan jumped into the Pacific Ocean off Port Stephens, Australia, earlier this month, his assignment was to... 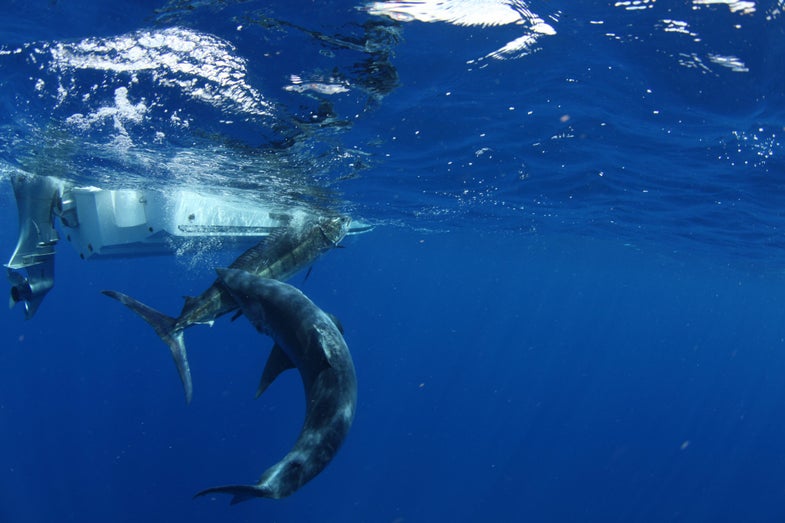 His photographer's instincts took over, and he kept shooting: "I'm going, snap, snap, snap and I'm really hoping these pictures come out. I knew this would make awesome pictures." Meanwhile, the crew had finally figured out exactly what they were dealing with and began shouting for Al to get out of the water. Problem was, 600 pounds of hungry shark stood between him and the boat.
SHARE

When photographer Al McGlashan jumped into the Pacific Ocean off Port Stephens, Australia, earlier this month, his assignment was to film a textbook release of a striped marlin. But a 10-foot mako shark that had been stalking the shoot flipped the script as McGlashan captured the ferocious attack from a few feet away. Field & Stream got a U.S. exclusive on the photos, video and the story behind them.