On May 6, 25-year-old Juan Duran from Annandale, Virginia, caught an 18.37 pound potential world record Snakehead in the Potomac... 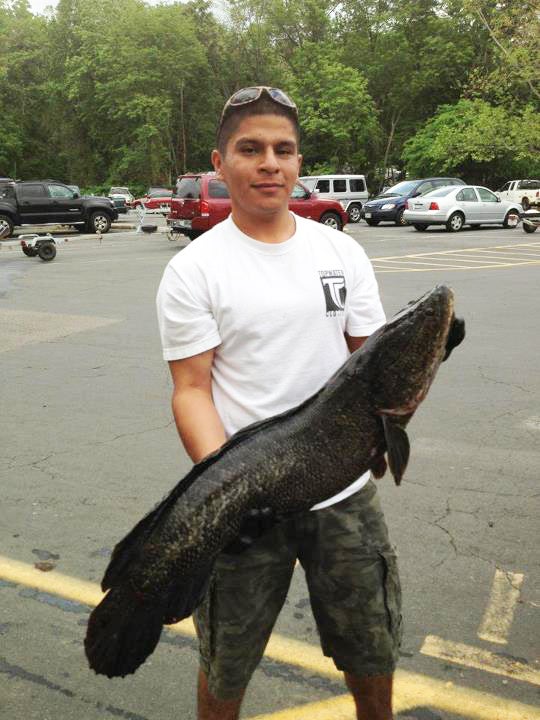 When bass fisherman Juan Duran pulled an 18-pound northern snakehead from a tributary creek of the Potomac River on May 6, media reports hailed the potential world-record catch as just one more sign that this Asian invader is a ferocious "Frankenfish," a freakish monster capable of wreaking havoc in American waters. Yet Duran and others who fish the Potomac see a different possibility, one decidedly at odds with the alarming scenarios sketched out by some fisheries experts when snakeheads were discovered in a Crofton, Maryland, pond in 2002. They see a world in which snakeheads not only coexist with bass and other highly valued game fish, but also rival them for the thrills they provide--on a rod and on a plate. __ Photo courtesy of Juan Duran.
SHARE

On May 6, 25-year-old Juan Duran from Annandale, Virginia, caught an 18.37 pound potential world record Snakehead in the Potomac River. But he’s not the only one targeting snakeheads these days. Are Snakeheads the next great game fish in the East or are they “Frankenfish” that need to be annihilated?