A DIY Pack Mule Fishing Adventure in the Bob Marshall Wilderness: Cutthroats and Bull Trout on the Flathead River

The Bob Marshall Wilderness in northwest Montana is one of those rare places where people can truly experience the outdoors... 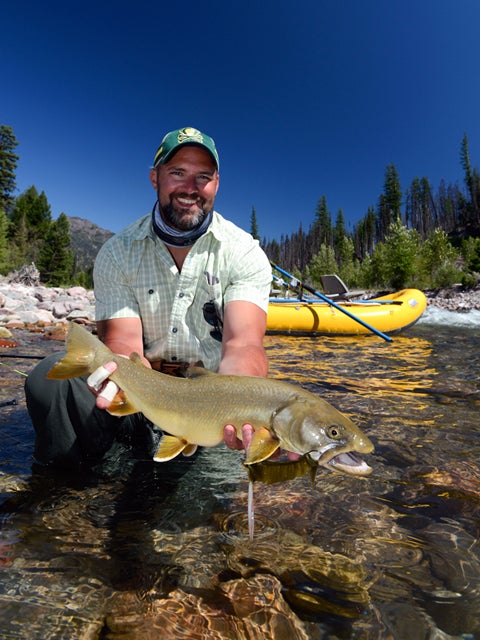 The first of many South Fork of the Flathead bull trout. Having caught enough cutthroat to last a lifetime, we shifted our focus to bull trout. We looked for the massive fish since day one, which typically begin migrating upstream from Hungry Horse Reservoir in late July, but had yet to identify one by its trademark white-tipped fins. Though at the Big Prairie station, Eric Kroeger said a biologist conducting a snorkel study sighted only one fish upstream in water we'd already covered, and the majority of fish were in water we had yet to see.
SHARE

The Bob Marshall Wilderness in northwest Montana is one of those rare places where people can truly experience the outdoors in its purest form and encounter nature on its own terms. Inside its perimeter, a variety of wildlife, including grizzly bears, roam without modern intrusions, and hundreds of miles of clean, cold creeks and rivers–home to one of the strongest wild cutthroat populations in the state–snake between mountain crevices and through sweeping valleys.

After years of dreaming about packing a boat over the mountains and plying the Bob Marshall’s waters, Ben Romans decided to finally scratch it off his bucket list.