Woman Catches 1,000-Pound Marlin, Could Have Set a World Record 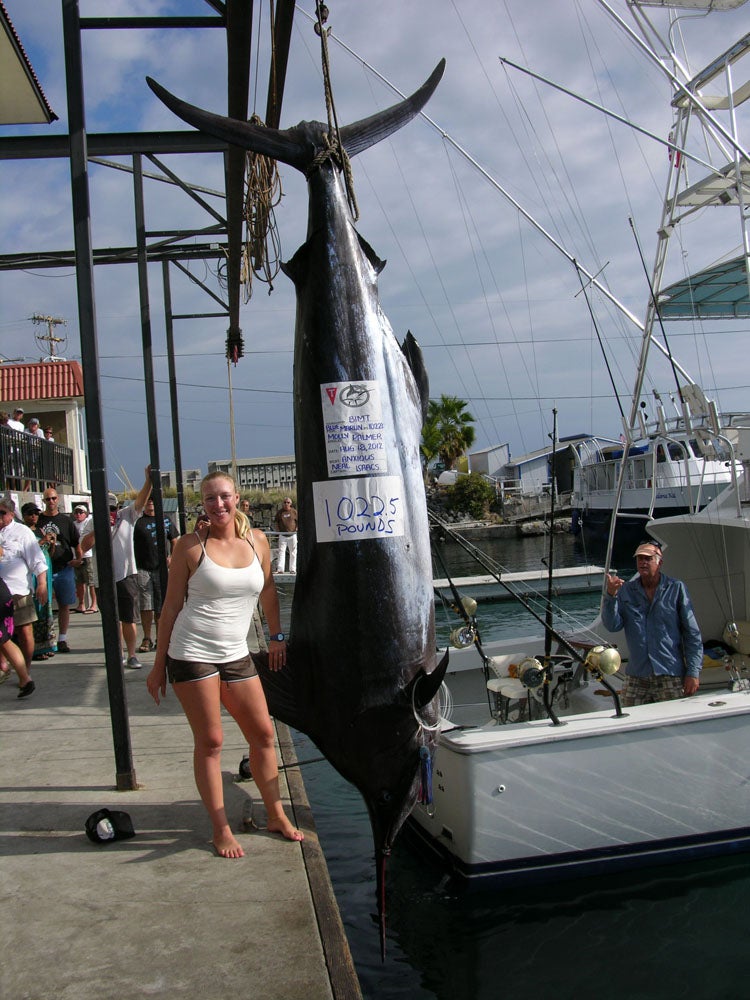 Some might say that Molly Palmer got a lot less than she hoped for after hooking a giant blue marlin off Hawaii's fabled Kona Coast during the Big Island Invitational Marlin Tournament on Aug. 18. Palmer waged an epic, four-hour battle with the thousand-pound fish before finally deciding to hand off the rod -- forfeiting nearly $40,000 in prize money and a surefire women's world record. But after the story spread of her team's honesty in deciding to disqualify themselves while still working to bring the fish into the boat, Palmer may have gotten far more than she ever dreamed of, becoming something of a poster girl for ethical pursuit of a sport she has built her life around.
SHARE