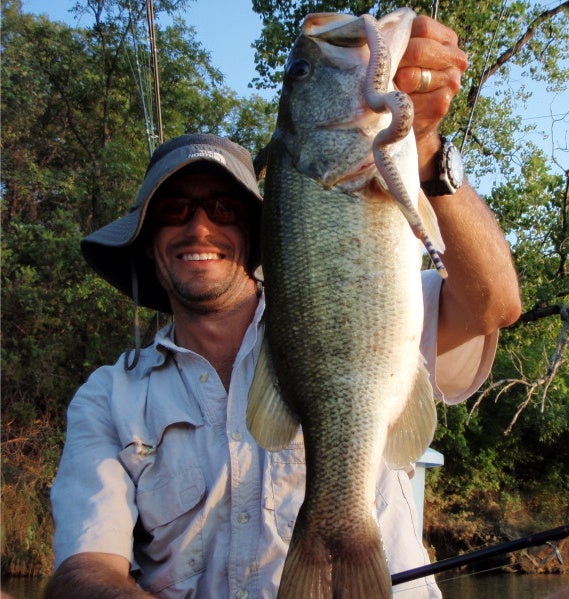 In 20 years of fishing the Upper Brazos River in Texas, Shane Davies of River Run Guide Service (214-418-9786) has earned a reputation for using unusual baits to catch big bass. But he topped himself on a recent outing, landing a 10-lb. largemouth with, of all things, a rattlesnake. Here's the story--with the pictures to prove it--of how Davies pulled off his unusual catch.
SHARE
Bass Fishing
Freshwater Fishing